Some of the year's top stories also involved systemic problems that aren't an easy fix. 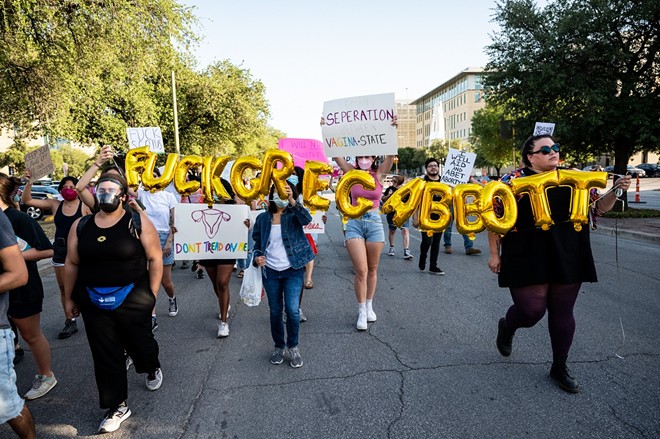 A national election, a Supreme Court decision and a flood of border crossings affected the lives of San Antonians this year. But so did issues rooted closer to home — affordable housing, police brutality and the city's willingness to deal with climate issues. Let's unpack 10 of the year's biggest news stories and trends.

1. Immigration and how we perceive it. We all agree that crossings at the U.S.-Mexico hit record numbers this year. Republicans like Gov. Greg Abbott have seized on that as a political weapon, using racist terms like "invasion" to describe the influx of asylum seekers. Others see the wave of migrants with more compassion and consider it a humanitarian crisis. Yet another issue that shows how divided we are.

2. The landslide that wasn't. President Joe Biden isn't popular and the economy isn't great, so many pundits predicted Republicans would win sweeping victories and retake both houses of Congress. Instead, voters rebuked Trump-supported candidates, and the GOP turned in a historically anemic midterm performance, barely retaking the House and leaving the Senate under Democrats' control.

3. The war on Texas teachers. It's been a terrible time to be a teacher in Texas. Many have already left the profession, overworked, underpaid and saddled with the stress of doing a tough job during a pandemic. This year, conservative Texas politicians piled on, telling them what they can say in the classroom and attempting to censor what books are available in schools.

4. Council behaving badly. While their actions don't rise to the level of city council's bribery scandal of the early 2000s, two members of the deliberative body found themselves in hot water this year. District 1's Mario Bravo was stripped of committee assignments after lobbing personal attacks at another member. Meanwhile, District 10's Clayton Perry is on leave of absence after being charged with leaving the scene of an accident police say he was involved in while intoxicated.

5. Uvalde and the gun debate. The mass shooting at Uvalde's Robb Elementary School shocked and sickened a nation, setting off another debate about gun control. This time, Congress acted and imposed the first meaningful reforms to firearms laws in decades. However, to many, it's clear that those changes don't go far enough if we really want to end the nation's epidemic of gun violence.

6. The Texas GOP's continued anti-LGBTQ+ crusade. After years of pushing legislation designed to punish transgender Texans, Lone Star State Republicans have now stepped up their attacks on new fronts. Gov. Greg Abbott weaponized the state's child welfare system to investigate parents of trans kids, and conservative groups are protesting and issuing threats against drag shows in a bid to shut down one of the LGBTQ+ community's safe spaces.

7. SA's affordable housing crisis. Rising rents and home prices continue to plague the Alamo City. In December, council approved $44 million in affordable housing funding — the first batch of money from a $150 million bond approved by voters. That funding will build or rehabilitate an estimated 2,532 units over the next five years. The jury's still out on whether that will make a meaningful impact.

8. The future of CPS Energy and SA's climate efforts. San Antonio's city-owned utility appears to have weathered the crisis of public trust brought on by free spending by top officials and a floundering performance during Winter Storm Uri. Now, it's time to see how serious the utility and the city are about getting rid of coal and replacing it with renewable sources rather than taking the half-step of increasing reliance on natural gas.

9. The death of Roe v. Wade. Few things sent bigger shockwaves through the nation this year than the conservative-dominated U.S. Supreme Court's decision to roll back five decades of protection for women's right to choose. As expected, Texas effectively banned abortion in the wake of the ruling, and we're still seeing what effect that will have on women's health and the wellbeing of families.

10. San Antonians demand police accountability. Last year's public referendum seeking to strip the San Antonio Police Department's powerful union of its collective bargaining power narrowly missed. Even so, the city prioritized discipline in negotiations for a new contract and reined in some of the most egregious protections for problem officers. Citizens also expressed their outrage about high-profile police shootings such as the one that critically injured unarmed teen Erik Cantu.