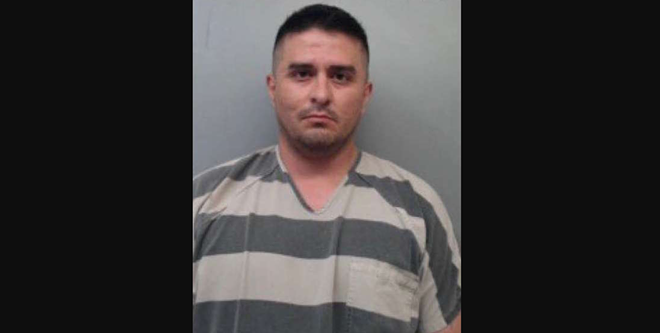 Webb County Sheriff's Office
Juan David Ortiz is accused of slaying four women while working as a supervisory intelligence officer with U.S. Customs and Border Protection in Laredo.
The trial of a former Border Patrol agent accused of murdering four women in the Laredo area in 2018 begins today in San Antonio, according to the Express-News.

Juan David Ortiz, 39, worked as a supervisory intelligence officer with U.S. Customs and Border Protection when he was arrested four years ago on suspicion that he was behind a killing spree of Laredo-area sex workers, according to the daily. Ortiz is accused of murdering Melissa Ramirez, Caludine Anne Luera, Guiselda Alicia Hernandez and Nikki Enriquez over a two -week period.

Authorities arrested Ortiz after a fifth woman, Erika Peña, fled from the suspect's pick-up truck and ran to a nearby Texas Department of Public Safety trooper, the Express-News reports.

The trial was relocated from Laredo to Bexar County in August and is expected to draw national media attention.

Ortiz allegedly told authorities that he was disgusted by Laredo's sex trade and wanted to clean it up, according to the paper. He's remained behind bars since his arrest.

Although Ortiz was initially facing the death penalty, the victims' families unanimously voted to seek a life sentence without the possibility of parole before the trial's start, according to news reports.