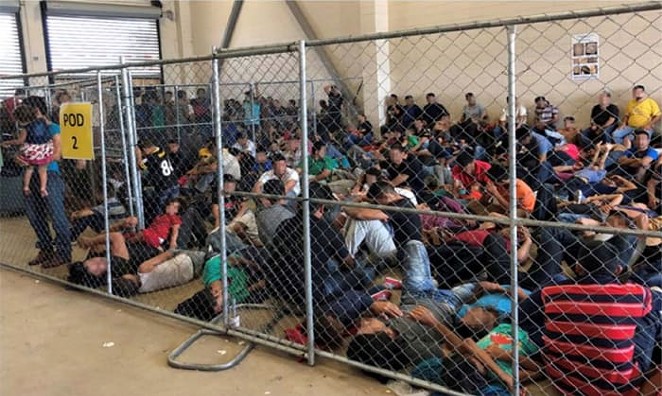 Department of Homeland Security Office of the Inspector General
Families huddle together in an overcrowded cell at the Border Patrol’s station in McAllen.
United Nations High Commissioner for Human Rights Michelle Bachelet has joined the chorus blasting the Trump administration for its treatment of migrants detained at the border, saying she is “appalled by the conditions.”

“As a pediatrician, but also as a mother and a former head of state, I am deeply shocked that children are forced to sleep on the floor in overcrowded facilities, without access to adequate healthcare or food, and with poor sanitation conditions,” Bachelet said in a statement supplied to Reuters and other news organizations.

She also said detention can harm children's health and development, adding that damage may already be done by "allowing this alarming situation to continue.”

U.S. President Donald Trump has made hardline immigration policies a centerpiece of his presidency and his 2020 election efforts.

Bachelet's statement comes days after the Department of Homeland Security’s internal watchdog issued a report saying overcrowding in detention centers poses an "immediate risk" to health and safety. The document contains photos of South Texas holding centers crammed with twice as many people as they were intended to hold.