Latinx workers represent just 12% in the media industry, up from 11% a decade ago, according to the Government Accountability Office. 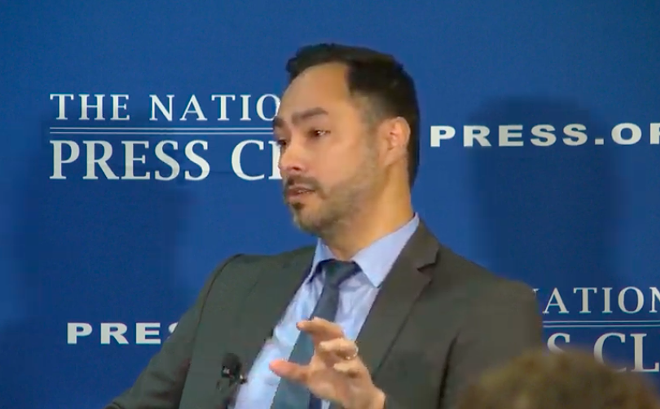 Castro, a Democrat, blamed that lack of inclusion for the absence of Latinx characters onscreen and the propagation of negative stereotypes of the community, such as the frequent depiction of Latinx people as criminals and drug dealers.

"The reason that things matter is because the more diverse that lot of people is, the more likely you are to get accurate and authentic portrayals of the subject matter," Castro said Wednesday morning at the National Press Club in Washington, D.C. "So, I'm arguing that the lack of diversity in this end — in the industry — has led to those lopsided, uneven portrayals that then create a stigma over an entire community."

The GAO found that Latinas, in particular, are underrepresented in media jobs and that Latinx workers of all genders are significantly more likely to be relegated to service roles in the media business.

The report cites multiple barriers for Latinx workers in the industry, including its heavy reliance on unpaid internships and a lack of diversity among talent agents, media executives and other decision makers.

"The defining images and narratives that come out of American media affect every Latino or Latina, no matter their walk of life — who, for example, may be interviewing to be an accountant, a lawyer, an engineer or a teacher in a room full of strangers who see them as American media has defined our community," Castro said.

To remedy the problem, the GAO recommends that the Federal Communications Commission, which regulates broadcast licenses, and the Equal Employment Opportunity Commission, which oversees employment fairness, bolster their data sharing.

Castro said media companies are currently only required to self-report discrimination lawsuits to the FCC, which provides an "incomplete picture" or their hiring and firing practices. He also urged federal antitrust regulators who review media mergers to take their effect on employment diversity into account.