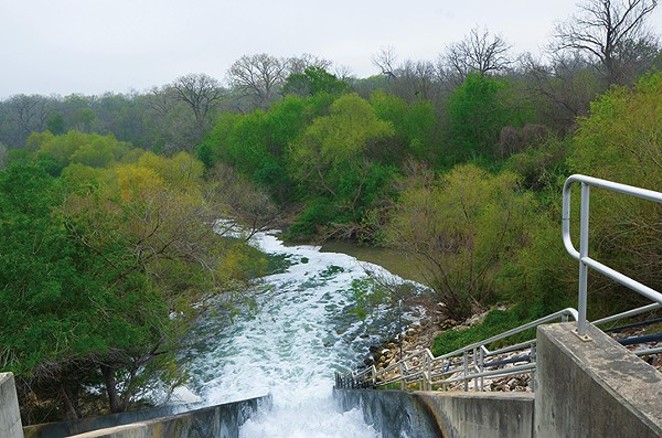 Mark Reagan
In case you haven’t heard, San Antonio is in the final stages of crafting and adopting a new comprehensive city plan that’s been dubbed “SA Tomorrow,” one of those big-picture type initiatives that’s supposed to outline city leaders’ long-term vision for the future. Unlike the Julián Castro-era "SA2020" plan, this one will be drafted, stamped and overseen by city officials, not a 501c3 nonprofit (also: the rhetorical deadline is now “tomorrow,” not the fast-approaching year of 2020).

With council set to debate and vote on the new plan next week, one minor conflict has emerged over general language that deals with some of the city's basic sustainability measures, like ensuring groundwater protection. And that appears to be because at least some real estate and development interests have threatened to withdraw support for a plan that includes even a general blurb on the city’s so-called impervious cover rules, which are meant to limit dense development where it could make flooding or water quality worse.

As the Express-News noted last week, to the surprise of many, the plan lost an item that mentioned the city's impervious cover rule on its trip through the city's Planning Commission. The plan also lost a section on the city's "dark skies" ordinance meant to combat light pollution, particularly around San Antonio's military bases. According to the E-N, opposition came from people like Brian Biggs with the Real Estate Council of San Antonio.

When it comes to the city’s dark skies ordinance, this is what groups like the Real Estate Council didn't want included in the city’s big-picture, long-range planning: “The current ordinance only applies to areas around military bases. An update to this ordinance, if deemed necessary, could expand the reach and leverage newer technology to promote energy savings in addition to the other environmental and health benefits associated with dark skies.”

And here’s the groundwater-protection language they want purged from the plan: “Evaluate and update, if deemed necessary, impervious surface standards for new development and redevelopment projects outside of the Edwards Aquifer Recharge Zone.”

Groups like the Greater Edwards Aquifer Alliance and the Alamo Group of the Sierra Club held a rally outside City Hall before council's B Session Wednesday to call on council members to add the sustainability language back into the SA Tomorrow plan. The Aquifer Alliance has even asked that City Council remove the five Planning Commission members who voted to remove the language from the plan in the first place. (We’ve asked the SA Real Estate Council for a better explanation of why they opposed the sustainability language; we’ll update if we hear back.)

In a letter before Wednesday’s council meeting, District 8 Councilman Ron Nirenberg, who’s widely expected to run for mayor next year, urged his colleagues to put the sustainability language back into the city’s long-term plan, saying he was “surprised” by the planning commission’s vote. “Protecting our military institutions and our water supply is in the economic interest of every San Antonian now and in the future, so ensuring that related policies are considered in the SA Tomorrow Plan isn’t just good policy — it’s smart planning,” Nirenberg’s letter stated.

Judging by council’s discussion of the plan at B Session Wednesday, it seems likely members will add the sustainability language before they vote on the plan next week.