Vegas Is Again Daring You to Bet Against the Spurs 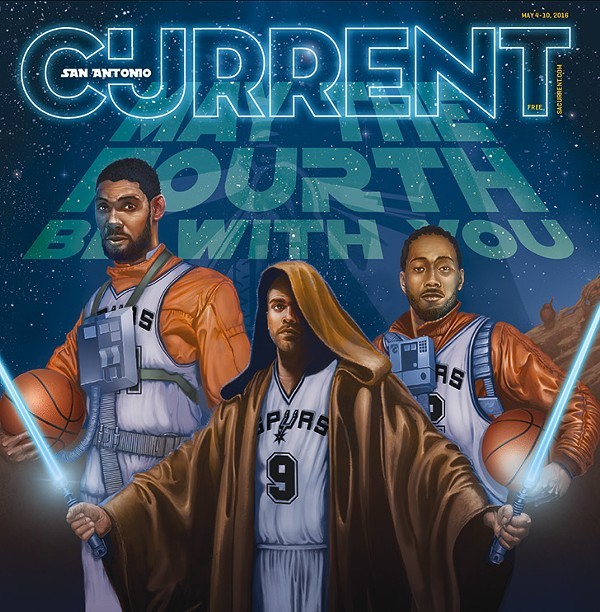 Illustration by Eric Messinger
Oddsmakers in Las Vegas released next NBA season’s win-total lines. But if you’re thinking about betting against San Antonio, bear this in mind – history won’t be on your side.

The Spurs have consistently rewarded punters that take the over on their total wins, despite perennially having among the highest lines of any team. This year, that number’s set at 56.5, 9.5 wins lower than last season’s total of 67. Why the drop? Tim Duncan’s retirement is one big reason, as is the possibility that the 2015-16 team may not have been as good as their record suggested. And, really, people have expected them to come crashing back to Earth every year. This time is no exception.

Still, 56.5 is the second-highest line of all teams this season, tied with the defending champion Cleveland Cavaliers and 10 behind the title favorite Golden State Warriors. It’s another lofty target for coach Gregg Popovich, who’s facing the biggest roster turnover of memory, but he’s made a habit of exceeding Vegas’ expectations.

Two years ago, Nate Silver at FiveThirtyEight looked at the Spurs’ history of overachieving on their projected win totals. Between 2006 and 2014, they beat the line by a combined 35.5 wins, a number that jumped to 44.5 last season. The 2014-15 team actually fell just short of covering (the over/under was 55.5 wins; they won 55), but last year’s group more than eclipsed their line of 58.5, making it three years out of the last four that the Spurs have done so.

Silver’s analysis noted that San Antonio not only overachieved on its regular-season lines more than almost any other team, but also on individual game spreads. Going back to when Pop took over in 1997, Silver said the Spurs’ 53.7 against-the-spread percentage was “a win rate that all but the best sports bettors in the world would have trouble sustaining.” Last season’s was even better with San Antonio going 43-38-1.

All in all, betting against the Spurs is generally not good for business. Will next year be any different?

The team’s chances of covering 56.5 will depend on a few factors. The most obvious is the trade-off of Duncan for Pau Gasol. The Big Fundamental was one of the league’s best defending big men, even at the age of 40; Gasol isn’t. Advanced statistics have highlighted his negative impact on the boards, and anyone who watches enough of his game tape will notice his struggles in defending the pick and roll. Gasol will be a boon to the offense, but many see his shortcomings as a net-negative going into next season.

Then there’s Pop’s penchant for resting his stars, a necessary evil with the grueling nature of the NBA season. Back-to-backs, especially when San Antonio’s on the road, may see some unconventional starting lineups if it’s decided that Pau, Kawhi, LaMarcus or Tony (or all of the above) need the night off.

Ultimately, though, the number of wins the Spurs tally could come down to how much Pop experiments throughout the season. He’ll be working with a very different roster (of the 20 most-used lineup combinations from last year, only one is returning), and that could mean more than a little tinkering, as he balances the urgency to win now with the need to keep getting better as the season moves along. The smart money is on him figuring out how to do both.