Weather Forecast Shows No Reprieve from Rain for San Antonio 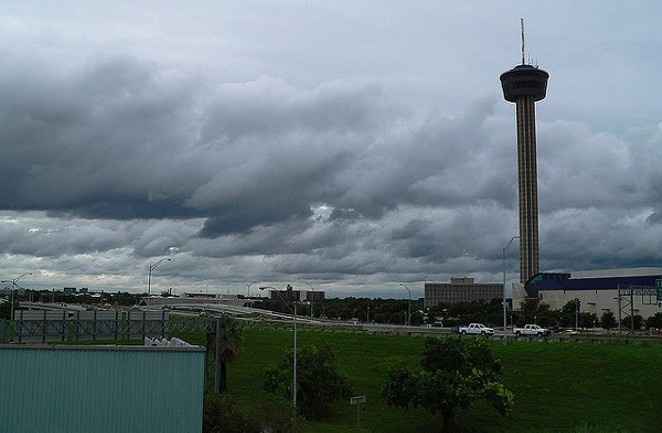 Via Flickr user Rob Wanenchak
More rain is on the way.
Batten down the hatches, San Antonio. Yes, again.

Our typically hot and dry summer has given way to a soppin’ wet fall. Some parts of Texas have received lethal amounts of rain, and several San Antonio events have been cancelled or abbreviated because of the recent weather.

The National Weather Service issued a Flash Flood Watch for much of Central and South Texas this morning, including Bexar County. The agency predicts that San Antonio and the surrounding area will receive as much as five inches of rain in the next 24 hours.

10:46a - We have dropped Val Verde Co. from the Flash Flood Watch as most of the rain should be east of the County. pic.twitter.com/4e4anAaS1G

11:04a - Shower/storm activity to begin increasing in the circled area into the early afternoon. pic.twitter.com/NBSj3GSR8G

That means what it always means for San Antonio: The already soaked soil won’t absorb much water. Flooding is likely. Water will pool on roadways.

Be safe out there, and keep tabs on the Current for events which may get rain-checked.