What's Next For The San Antonio Missions?

Kushal Bose
SA’s centuries-old missions have been a traditional regional and national draw, but World Heritage status is expected to draw a global audience.

Little did Richard Oliver know how easy it would be to sell the Alamo City to the British.

Yet that's precisely what happened when Oliver, communications director for the San Antonio Convention and Visitors Bureau, visited England a year ago.

Oliver, who was there promoting SA in Europe, was surprised to learn how much they knew about the Alamo.

"One thing that raised the profile was Phil Collins giving all those artifacts to the Alamo," Oliver said. 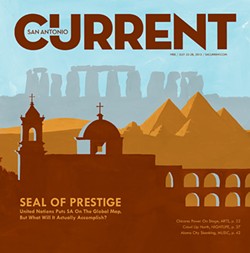 Collins — one of the best-known musicians in the world in the 1980s — donated his extensive collection of artifacts from the Texas Revolution to the state's General Land Office last June.

"Phil Collins put a stamp on the Alamo," Oliver said. "It became a cause celeb over there."

That may not mean much to many Americans, but across the Atlantic and Pacific Oceans people often plan vacations around such places.

The accomplishment didn't happen over night.

"There's a timeline of nine years of effort that went into bringing this home," Bueché said — an effort that came with an estimated $800,000 price tag.

Now instead of telling people it might happen, organizations like the CVB, City of San Antonio and Bexar County want to spread the word about Texas' first WHS to an international audience.

While WHS is a prestigious cultural designation, it adds yet another selling point for the city's well-established tourism industry.

Dean Fikar
Local leaders brag about United Nations recognition, saying it could bring a $500 million windfall. But critics remain undeterred, noting the full story of the Missions will not be shared with the world.

A 2011 economic impact study on the potential effects of WHS status found that nearly three million people a year visit the Missions.

On average, a non-local visitor who spends the day here will contribute $97.73 into the local economy. Non-local overnight visitors will spend $281.82 a day. So each year, already, tourists will spend roughly $181 million in the Alamo City while visiting the newly designated heritage sites.

"World Heritage Sites receive visitors who want to stay longer and are interested in a more in-depth experience," Bueché said. "They want to get to know more about the sites and consequently they spend more money."

In the do-nothing scenario, everything stays the same, including $181 million being pumped into the economy from visits to the Missions and to the Alamo equating to $275 million in economic activity. The second scenario assumes that promotion and marketing will attract nearly 144,000 new visitors by 2025, resulting in $397 million of economic activity. In the last scenario, the study assumes a little more than 409,000 new visitors to the WHS by 2025, creating a $502 million windfall.

While these assumptions are just, well, assumptions, they shed light into the wide range of possible economic outcomes associated with WHS. But, as the study points out, "motivation matters."

That's where people like Oliver and the CVB come into the picture. The National Park Service, which runs the San Antonio Missions, does not typically conduct promotion and marketing. The CVB, however, already has tons of contacts and lots of practice at promoting San Antonio.

"We have real ambitious plans that are being discussed and formulated now," Oliver said.

According to a 2004 U.S. Department of Commerce report, 10.6 million international visitors journeyed to the United States and one in three came for heritage tourism. The top five markets were the United Kingdom, Japan, Germany, France and Australia.

One way to reach potential international visitors is by pitching San Antonio to media.The CVB will team up with Texas Tourism, a state program with a presence in many countries.

"We're able to tap into the agency and give press releases and up-to-date news we feel like the European traveler would like to know," Oliver explained, adding that the CVB will have a presence at the World Travel Market in London in November. "That's what we'll do, we'll leverage relationships and do anything we can to get the message to every corner of the world." 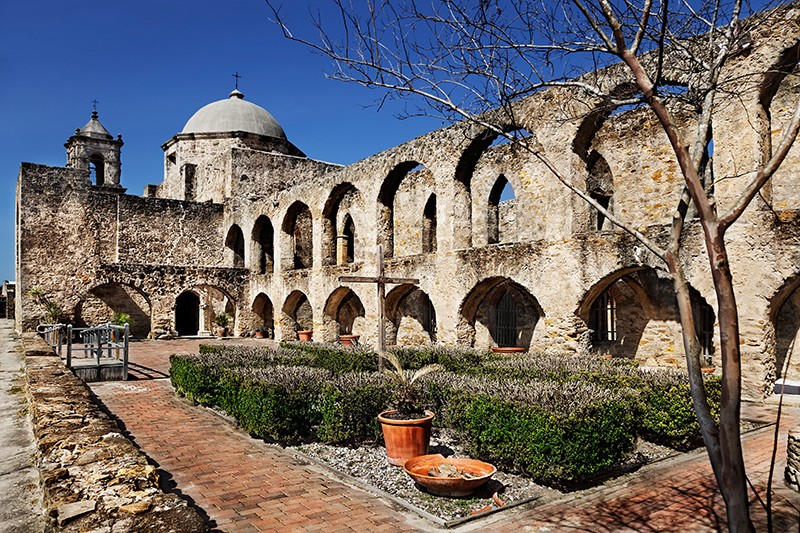 Earn It, Keep It

World Heritage designation is not just earned — it must also be maintained. What UNESCO giveth, UNESCO can also taketh away.

For instance, in 2004 UNESCO inscribed Germany's Dresden Elbe Valley as a World Heritage Site. By 2009, UNESCO removed the designation because of plans to build a bridge that split the valley in two. The bridge opened in 2013.

But this doesn't happen overnight, there's a period where a site will be listed as endangered. Such is the case for the Old City of Jerusalem and its walls, which made that list because of uncontrolled urban development and general deterioration due to tourism and a lack of maintenance.

Once listed as endangered, it's possible for a site to remove that stigma. That's what happened in Cologne, Germany, at the world-renowned Cologne Cathedral. There were plans for a high-rise near the site that UNESCO said threatened the integrity of the property. The community solved this problem by halting those plans, creating a buffer zone around the site to further protect its integrity.

There is a common theme in all of these cases: urban development.

San Antonio's urban core is experiencing a renaissance of high-end development ranging from Mission Reach upgrades to the San Antonio River to the controversial removal of hundreds of people from the Mission Trails Mobile Home Park to make way for a luxury apartment complex.

When the core group behind pushing for WHS designation applied for the status with UNESCO, they were well aware of this concern.

"WHS designation can be lost or threatened if the manager of the site does not protect the authenticity, integrity and outstanding universal value for which it was inscribed," Susan Snow, World Heritage Coordinator for the San Antonio Missions National Historical Park, said in an email."

San Antonio City Council created the Missions Overlay Protection District in May in anticipation of WHS. This zoning regulation makes sure that no development compromises integrity and ensures protection for the environment and setting of the Mission sites, protects inward and outward views and provides a buffer to encroachment.

While the Missions are largely untouched by rapid urban development, the Alamo is another story.

It's surrounded by more than a century of urban development and crossing the plaza toward the River Walk can feel like a circus with tourist traps like Ripley's Believe it or Not! Odditorium, which sits yards from the centuries-old shrine.

However, as the City of San Antonio works with the General Land Office and other partners on a new plan for the Alamo Plaza, cheesy attractions may become a thing of the past.

Shannon Shea Miller, director of San Antonio's Office of Historic Preservation, said that creating a reworked plan for the Alamo Plaza is in the incubation stages.

"Well, it's very early in that process. They certainly will be looking at the whole picture and what the ideal visitor experience at the plaza and what surrounds it is," Miller said. "I think everything is fair game in terms of talking about what the community wants to see."

Mary Torres, a local activist who says she is Tribal Chairwoman for the Pacuache Clan of Texas, which is part of the Coguiteca Indian Tribe First Nation, didn't want the World Heritage Committee to inscribe the San Antonio Missions and Alamo.

Torres alleged that Bexar County, the city and the San Antonio Missions Historical National Park compromised and corrupted the Missions by erasing Native American history and by destroying archeological artifacts during construction at HemisFair Park.

Antonio Diaz, who identifies as Pamaque, concurred, saying that his ancestors were enslaved, assimilated, colonized, converted and forced to build the Spanish Missions on sacred ground.

"We speak for ourselves but are not listened to nor are we welcome at our ancestral lands now owned by the Catholic Church and National Park Service and also now by UNESCO," Diaz wrote in an email.

Bueché, the county's heritage and parks director, said she understands and heeds such concerns.

"More and more research is being done so the more we know about the groups the more we can interpret their influence and how they contributed to the evolution of the culture we have today, and they certainly did," Bueché said. "I know Antonio Diaz and I know Maria Torres and I don't think anybody disagrees that more can be done to interpret the role of the indigenous population that were here."

She alludes to how Bexar County is sponsoring an Academic Historical Research Symposium for five years beginning in 2016 that will attempt to attract scholars in this field to advance research so more information can be incorporated into all interpretive programs.

"That's not to say there isn't interpretive programing available that recognizes indigenous people. The main visitor center at Mission San José, the first thing you are invited to see is a 20-minute film that talks about that very topic," Bueché said.

"And the film concludes with the question 'What happened to the indigenous people?' The answer is they are still here," she added.

However, Diaz and Torres don't represent all of Bexar County's indigenous peoples, she pointed out.

"There were many more groups of Native Americans who went through the Mission process than just the two groups you have heard from and we want to respect all of them and know more about them," Bueché said.

They may all have a point, but what's for sure is that there's no setting the clock back. Clearly, local leaders see success with increased tourism and they're set on expansion.

Only that in the near future, we may be hearing more European accents when milling about the Missions.