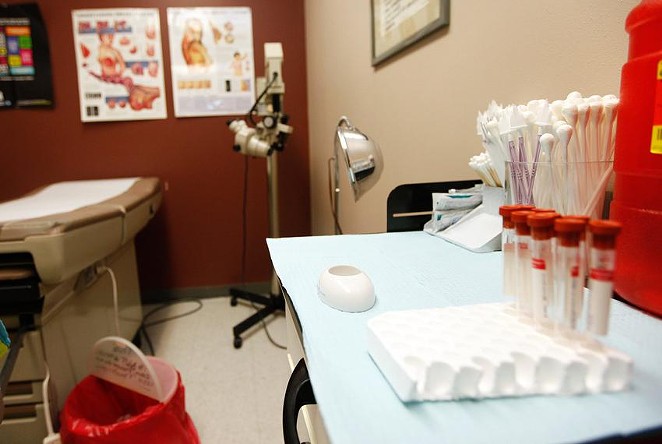 The name references the point in time at around six weeks’ gestation when the embryo’s cardiac activity can first be detected by an ultrasound — which under the new law triggers a block on an abortion. But medical and reproductive health experts say the reference to a heartbeat at that stage of a pregnancy is medically inaccurate as an embryo does not have a developed heart at six weeks’ gestation.

Still, the moniker has helped rally supporters around the law in Texas and nationwide where other states are considering similar legislation.

“The heartbeat is the universal sign of life,” said state Sen. Bryan Hughes, R-Mineola, in May about the bill he authored. “If a Texan’s heartbeat is detected, his or her life will be protected.”

The Texas law, which went into effect Wednesday, defines a fetal heartbeat as “a cardiac activity or the steady and repetitive rhythmic contraction of the fetal heart within the gestational sac.”

Dr. Nisha Verma, a physician who provides abortion services and a fellow at the American College of Obstetricians and Gynecologists, said the activity measured on an ultrasound in early gestation is electrical impulses, not a true heartbeat.

“When I use the stethoscope to listen to a patient’s heart, that sound that I hear is that typical bum-bum-bum-bum that you hear as the heartbeat is created by the opening and closing of the cardiac valves. And at six weeks of gestation, those valves don’t exist,” Verma said.

“Flickering that we see on the ultrasound, that’s super early in the development of a pregnancy, is actually electric activity. And the sound that we hear at that point is actually manufactured by the ultrasound machine,” Verma added.

An embryo at six weeks’ gestation is only about four weeks old, because the pregnancy clock starts at the parent’s last menstrual period. Most people don’t realize they are pregnant until after they have missed a period, two weeks after conception.

Doctors acknowledge that while the term “heartbeat” is not medically precise in early pregnancy, it is commonly used with patients to describe electrical or cardiac activity.

“I think that gets into a little bit of semantics,” said Dr. John Thoppil, an Austin-area OB-GYN and president of the Texas Association of Obstetricians and Gynecologists. “Everybody knows embryos don’t possess a fully developed heart, but that is what we’re generally calling it, a ‘detectable fetal heartbeat.’”

Anti-abortion groups and conservative leaders, including Gov. Greg Abbott, have seized on the the imagery of a heartbeat when describing the law.

In a tweet, Texas Alliance for Life, an anti-abortion group based in Austin, posted a photo of its members with Abbott from the bill signing, holding up both hands to create a symbolic heart.

“Despite numerous legal challenges, The Texas Heartbeat Act, signed by pro-life @GovAbbott, went into effect today. We celebrate the lives of unborn children who will be protected from abortion as a result,” the tweet said.

John Seago, legislative director for the anti-abortion group Texas Right to Life, argues that regardless of terminology, the law’s intent remains the same.

“We can parse out what the scientific description is, but it’s kind of like using the term unborn child instead of fetus, it’s still the same biological reality. Trying to say, we’re not using the most scientific, accurate terms, just like the unborn child versus fetus debate, that doesn’t change the moral importance of that,” Seago said.

“[Texas’ abortion law] is intentionally written that way in order to evoke an emotional response. But what it is in reality is just a ban on abortion at six weeks’ gestation, which is two weeks after a missed period. It’s incredibly unconstitutional,” said Aimee Arrambide, executive director of the statewide abortion rights group Avow Texas.

Similar “heartbeat bills” have been passed in other states but were eventually blocked by federal courts before going into effect. These bills are based on model legislation from Faith2Action Ministries, a Christian anti-abortion organization that defines a fetal heartbeat as a marker of “an unborn human individual.”

Still, medical practitioners are concerned with the law’s six-week time limit and its impact on individual patients.

“They’re using what is actually a very imprecise term to kind of regulate and restrict health care and the practice of medicine. It’s just not medically accurate to think that the way that we think of the development of the heart, it’s just kind of picking an arbitrary time point, which they’re defining as six weeks,” Verma said. “Every patient sitting in front of us is different, which is part of why these one-size-fits-all laws can be really harmful.”