Incumbent Gov. Greg Abbott entered this year with a much larger war chest and still has the financial upper hand in the race. He raised $24.9 million over the same time period. 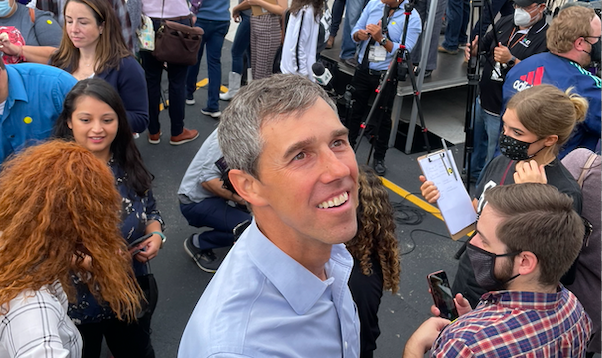 O'Rourke's campaign announced the haul Friday morning, and Abbott's followed with the announcement that he raised $24.9 million over the same period. O'Rourke's $27.6 million is the most a candidate for state office in Texas has ever raised in a reporting period.

Still, Abbott maintains a decisive advantage in cash on hand. His campaign said it had $45.7 million cash on hand as of June 30. O'Rourke's campaign did not release that figure, but it had $6.8 million in the bank as of mid-February.

The candidates are set to formally disclose their latest campaign finances on a report due later Friday to the Texas Ethics Commission. It will cover Feb. 20 through June 30.

O’Rourke’s haul came from over 511,000 contributions, 98.9% of which came in online, according O’Rourke’s campaign. The average donation was $54.

By comparison, Abbott's campaign said it "nearly" 113,000 contributions. The campaign added that "nearly 86% came from within Texas."

The most recent fundraising period saw at least two major events that energized Democrats, including the Uvalde school shooting in May and then the U.S. Supreme Court ruling that overturned Roe v. Wade in June. O'Rourke alluded to those events in a statement touting his fundraising.

“We’re receiving support from people in every part of Texas who want to work together to ensure our state moves beyond Greg Abbott’s extremism and finally leads in great jobs, world class schools, the ability to see a doctor, keeping our kids safe and protecting a woman’s freedom to make her own decisions about her own body, health care and future,” O’Rourke said in a statement.

"As we move into the heat of the summer campaign, we’re well positioned to fund all our campaign efforts,” Abbott's campaign chairman, Gardner Pate, said in a statement. "Our campaign has also pre-purchased more than $20 million in advertising for the fall, and begun funding an extensive block-walking program to get voters to the polls this November."

The campaign confirmed that its cash-on-hand figure as of June 30 — $45.7 million — takes into account the $20 million in ad time.

O’Rourke’s $27.6 million haul is historic. For comparison, Abbott is the strongest fundraiser the state has seen in modern times, and his best reporting periods until now have not cracked $20 million in contributions.

Abbott’s campaign sought to set high expectations for O’Rourke’s fundraising during a call with reporters Wednesday. Abbott’s chief strategist, Dave Carney, predicted O’Rourke would report raising $30 million. Carney declined to say if Abbott would top that number, but said $30 million “would be a historic, kick-ass number for Beto.”

Abbott’s campaign has long made clear it plans to spare no expense on the race, predicting that it will spend over $100 million total.