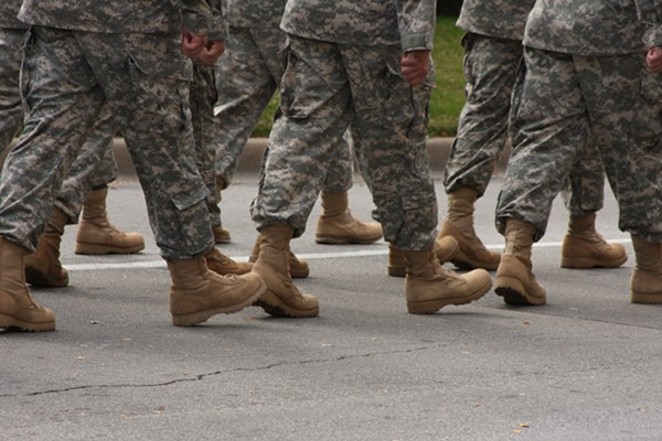 “I volunteered for this and I understand, especially since 2001, that there is real danger and there is always a possibility of something happening, but I think I look at it from the perspective that this has become a calling,” Shelnutt, 49, said.

He has risked his life in deployments to Iraq and Afghanistan, endured personal hardships and advanced during his 30-year military career. Shelnutt said he’s been fortunate, but he knows other military personnel haven’t been.

A recent study found that Bexar County ranks first in military death rates. Axios, an online news media company, released data showing 6,940 U.S. military service members have died since 9/11. Nearly 60 of those service members were from Bexar County. The county, with a population of 1.9 million, has the highest rate of military deaths among counties with more than one million people.

These numbers might seem alarming, but state demographer Lloyd Potter said it is not as dire as it appears.

Potter said few conclusions can be drawn from the study except that the places with higher rates of death likely have higher concentrations of their population in the military.

San Antonio is home to roughly 250,000 veterans and 80,000 active-duty personnel, many of them working out of Joint Base San Antonio, which includes Fort Sam Houston and Randolph and Lackland Air Force bases. One in eight residents in Bexar County is tied to the military.

“One of the top employers, if not the top employer in the city, is the Department of Defense,” said Juan Ayala, San Antonio’s director of military affairs. “You have a very robust military presence here. You’ve got 80,000 plus active-duty troops from all services that are here, and they literally perform the mission every day. They are essential to national defense.”

Serving comes at the expense of numerous struggles, and not just for the service members.

“A lot of people don’t talk about how the spouse and the family also serve,” said Richard Delgado Jr., the director of military affairs at Texas A&M-San Antonio. “Just because one person puts on the uniform doesn’t mean that one person serves because the spouse that stays behind is also serving. To me, it’s one unit.”

While struggles like these may not be something every San Antonian understands, Ayala said there’s a unique relationship between civilians and service members.

“The city and community have a close relationship with the military because a large percentage, approximately 85 percent, does not live on the bases – they live in the community,” Ayala said. “That really binds communities because you see these guys every day.”

While Delgado recognizes this welcoming environment, he said local officials still need to make improvements to live up to the Military City USA brand.

“Active-duty military use a lot of resources located on post where the veteran community is really off-post but they are accustomed to using those resources,” Delgado said. “Once they get out, it is no longer available. That is where the city and the county need to step up to fill the gap that these men and women are accustomed to.”

Delgado said the city has taken a step in the right direction by recently implementing TXServes, a program that connects service members, veterans and their families to local resources. While the San Antonio branch is the newest, it is leading among the 20 others in Texas, which Delgado says proves the necessity of the program.

For his part, Shelnutt said he has been overwhelmed by the appreciation from the San Antonio community.

“The best way to describe it is that [the city] is military-friendly,” Shelnutt said. “Not all places are necessarily like that. I think people respect the military, they respect the professionalism, and I think that even the civilian workforce not associated with the military still respect the work of it.”