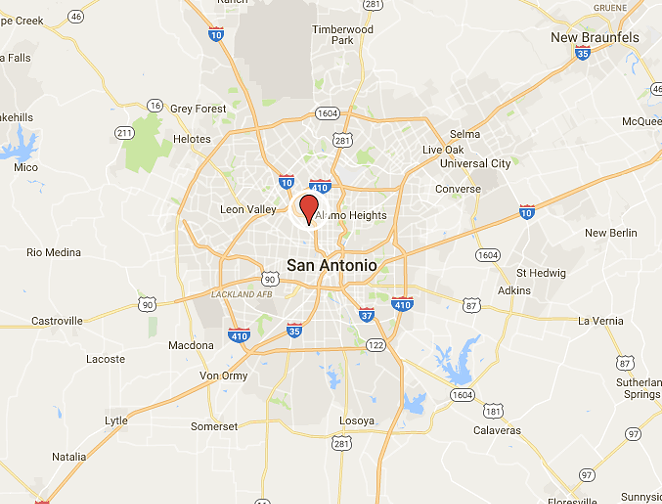 Google Maps screenshot
Five suspects who stormed a house on the 1400 block of Sacramento assaulted one woman and forced another to watch.
An early morning cigarette turned terrifying for two women in San Antonio when five people driving by their house got out of the car and forced them into their home, pistol whipping one woman while forcing the other to watch, according to police and reporting by Kens5.

However, after the suspects ransacked the house, stole money and a cellphone, one victim was able to get a partial license plate, leading police to the suspects, according to the San Antonio Police Department. Authorities arrested Jordan Christopher Garcia, 19, Darrick Bolar Hastings, 20, Karyzma Citlali Villarreal, 18, Lonnie Jerome James Ellison, 18, and Julie Ann Jimenez, 18, and charged all five with robbery. All of the suspects except Ellison and Jimenez are being held on $30,000 in bail. They received $15,000 in bail.

The home invasion happened at 3 a.m. while a 62-year-old woman and her 21-year-old daughter where smoking on their porch on the 1400 block of Sacramento. Kens5, which had a reporter on the scene when police arrested the suspects at an apartment complex on the 8600 block of Waters Edge, reports that authorities talked the suspects into turning themselves in. Police say they found the suspects through driver registration records.

There have been multiple home invasions so far this year in San Antonio. On June 16, three masked suspects broke into a home on the West Side and shot a man in the stomach. On Mother's Day this year, three to five men broke into a home during a celebration and robbed and pistol whipped two people in the East Side Camelot neighborhood, News4 reported. In April, two men broke into a Northwest Side San Antonio home, assaulting and robbing a man, according to the San Antonio Express-News.