2. Feel The Neighborhood Onda With A Tour Of San Antonio Murals 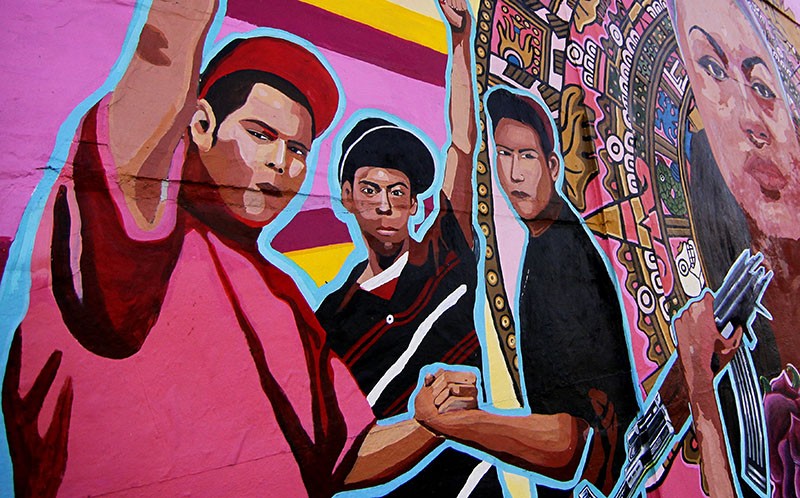 Editor's Note: This post has been updated with corrected information.

Like Miami or Los Angeles, San Antonio is one of those cities in the geographic American South that doubles as a Latin-American cultural outpost, splitting time and city space between borders. Nowhere is this more apparent in San Antonio than in the murals scattered across the city's West Side. The best way to take in this public art is to live in the area and let the pop-art frescos soak into the daily barrio flavor. Obviously not possible for tourists, we recommend a self-guided bike tour around the murals. An adventurous route is to wander up and down Colorado or Zaramora, where many of the displays take residence. For those who crave an itinerary, San Anto Cultural Arts (sananto.org) has prepped guides to the most vibrant murals around town (by reservation, San Anto Cultural Arts will give a guided tour for $10 per person).

At 1303 W. Commerce, La Música de San Anto is a sprawling, kaleidoscopic portrait of Alamo City music. Finished by lead artist David Blancas in 2009, the mural honors eight SA favorites, including Doug Sahm, saxophonist Clifford Scott and Randy Garibay, the Los Blues legend and writer of the all-time San Anto jam "Barbacoa Blues." At 1401 S. Brazos, End Barrio Warfare is a powerful call for peace. By John Montez, the piece shows a man in a Spurs jersey offering AKs to a proud female figure pulling strength from the Aztec calendar behind her. On her right, a couple outlined in blue hold each other in mourning for those lost to gang violence. On her left, three young men stand in solidarity, arms locked, bearing witness to the strength of community. These three are only a sample of West Side murals — the Office of Cultural Affairs includes 60 spots on its online tour. If you don't have a bike to get the tour going, we recommend the nearby Alamo Bike Shop (1016 N. Flores St.) or tap into the city's B-Cycle program.