3. See A Show At The Arneson River Theatre 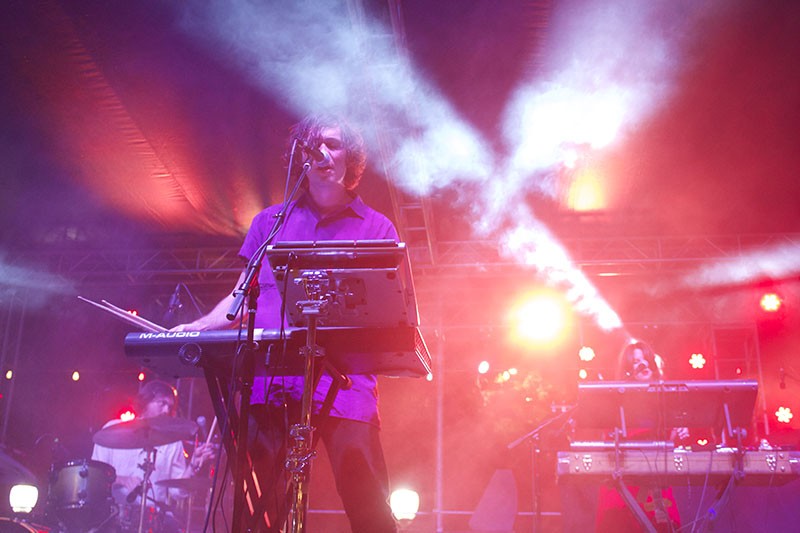 What do former President Franklin D. Roosevelt and an iconic spot on San Antonio's River Walk have in common?

Well, FDR's Works Progress Administration, or WPA, was part of the "New Deal" that put to work millions of people left idled by the Great Recession. Among myriad projects across the country was the lovely, quaint Arneson River Theatre (418 Villita St.).

Named after Edward P. Arneson, former WPA regional engineer, the open-air theater cascades down from tourist haven, La Villita, with grassy steps that serve as benches. It plays host to many festivals and shows.

Take the Maverick Music Festival, a two-day festival coming up in April that features acts such as Cypress Hill, Cake and The Toadies.

Come November, you can honor your ancestors at Muertos Fest, which is free, and fuses art and culture with live music over two days to celebrate Day of the Dead. This festival also includes art, dance, live poetry and a large-scale puppet procession.

Celebrate San Antonio's heritage at the Arneson Theatre every July with ¡BRAVO! An Evening of Song and Dance. This award-winning festival highights the Alamo City's Mexican heritage by featuring the Fandango and Alamotion Dance Troupes performing folkloric, jazz, hip-hop and Latin dance routines.

In its 59th season, Fiesta Noche del Rio continues to wow residents and tourists alike from late spring to summer. The festival, which runs May 15 through August 15, features song and dance from around Texas and as far as Mexico, Spain, Argentina.

If popular festivals and crowds aren't what you're looking for, a visit to the historic theater is a great way to spend a weekday afternoon. Grab a bite to eat, a cup of coffee and a great book and spend some time on the grassy steps of the Arneson River Theatre.