81. Indulge Your Inner Slytherin At The Snake Farm 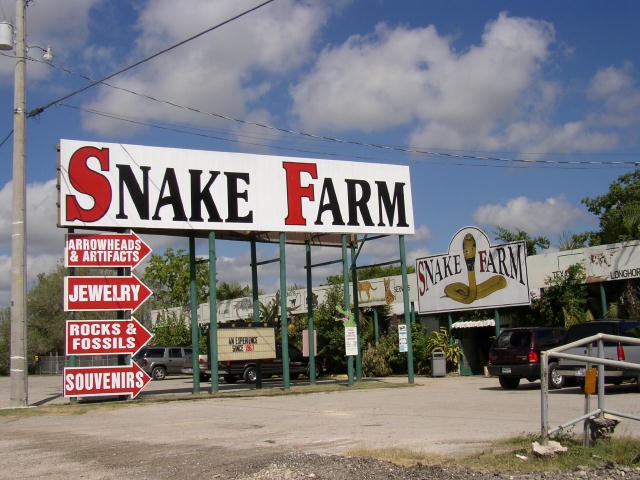 "Snake Farm, just sounds nasty / Snake Farm, pretty much is!" In 2006, cowpunk crooner Ray Wylie Hubbard provided the basics on the Animal World & Snake Farm in his song inspired by the New Braunfels institution. But if snakes top your phobia list, this Dirty Jobs-featured spot includes lemurs, wolves, big cats and what their website bills as "miscellaneous exotic animals." Though the farm faced some ethical heat from PETA, when owner and animal rescuer Eric Trager took over in 2007, he turned the place around, looking to move away from Hubbard's connotation and toward that of a more traditional zoo. But the Snake Farm still maintains a funky and carnivorous vibe, as confirmed by their most popular attraction: feeding time for the snakes and crocodiles. 5640 I-35 S., New Braunfels, (830) 608-9270, exocticanimalworld.com