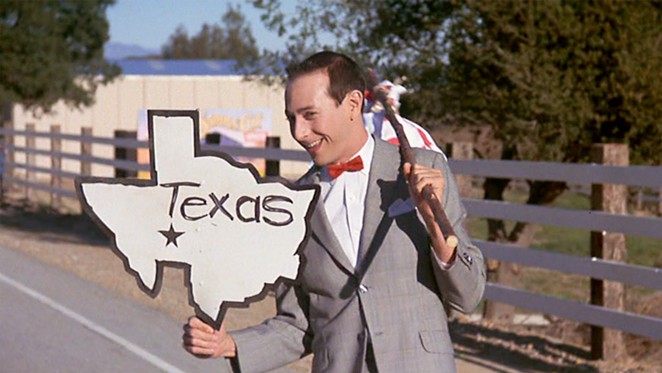 If you’ve reenacted that shared River Walk moment between Jennifer Lopez and Jon Seda in Selena on the same bridge where the scene was shot, consider yourself a puro San Antonio cinephile. That said, if Selena is the only film you know that was shot here in the Alamo City, you may want to expand your horizons. Start with this list of movies that were at least partially made in San Antonio. Some are obvious choices for mainstream audiences and others are lesser-known productions for cult-film aficionados.

Selena
You can’t get through an entire month in Countdown City without the 1997 biopic on late Tejano singer Selena Quintanilla screening somewhere in town. Ask any lifelong San Antonian and they’ll probably swear to you that they were in the Alamodome stands during the scene where Jennifer Lopez performs in front of thousands of people.

Pee-wee’s Big Adventure
The two San Antonio scenes in this movie combine for a mere 20 seconds, but the 1985 dark comedy by then-unknown filmmaker Tim Burton about a man-child looking for his stolen bicycle will forever be linked to the Alamo City. Back in 2016, actor Paul Reuben’s told the Current about their day shooting in San Antonio: “Nobody knew who any of us were … [but] they treated us like we were special.”

Miss Congeniality
Who can forget Sandra Bullock dressed up like she was going to Oktoberfest while playing the theme song from Doctor Zhivago in front of the historic Alamo? As undercover FBI agent Gracie Hart, Bullock gets a total makeover and becomes a contestant in a beauty pageant so she can stop a terrorist from bombing the event in this 2000 flick.

Ace Ventura: When Nature Calls
Alrighty then! This isn’t one of comedian Jim Carrey’s best movies. Even so, this nominee for the 1996 Razzie Award for Worst Sequel earned Carrey a cool $15 million for reprising his role as a rubber-faced pet detective. It would be fun to see Carrey return to San Antonio to round out the trilogy, but the life expectancy of a capuchin monkey is only about 20 years, so there’s a good chance Ace would be without his loyal sidekick for the return visit.

Spy Kids
Directed by San Antonio’s own Robert Rodriguez, the film follows a family of spies on a mission to stop a children’s TV show host-turned-villain from replacing all the kids in the world with androids. Spy Kids 2: Island of Lost Dreams was also partially shot in San Antonio, but Spy Kids 3-D: Game Over and Spy Kids: All the Time in the World were not. 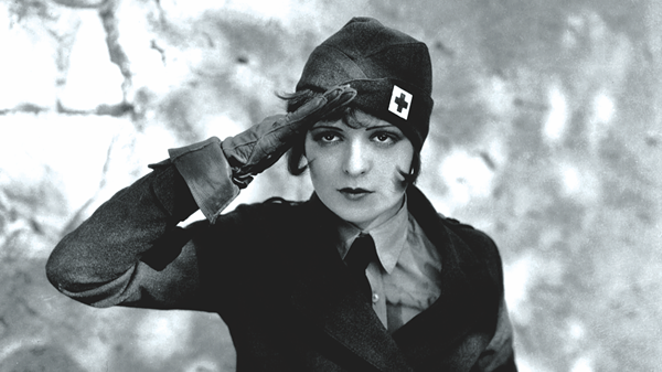 Viva Max!
The 1969 madcap comedy stars two-time Oscar winner Peter Ustinov (Spartacus) as Maximilian Rodrigues De Santos, a general in the Mexican Army who leads his men over the border into Texas to “re-occupy” the Alamo. The Daughters of the Republic of Texas protested the film, so some scenes had to be shot at other locations, including Hollywood and Rome.

Honeysuckle Rose
In this 1980 film, Texas icon Willie Nelson stars as Buck Bonham, a country singer caught in a love triangle with his wife and the daughter of one of his bandmates. Nelson was nominated for an Academy Award for Best Original Song for “On the Road Again.” It lost to the title song in Fame.

The Sugarland Express
The year before shooting Jaws, three-time Oscar winner Steven Spielberg made his first theatrical film, a little crime drama starring Oscar-winner Goldie Hawn (Cactus Flower). In The Sugarland Express, Hawn plays Lou Jean, a wife who attempts to reunite her family by helping her husband break out of prison so they can prevent their son from being placed with foster parents.

Wings
The South Korean film Parasite just won the Best Picture Oscar at the 92nd annual awards show, but who won the very first? Why, that would be the 1927 war drama Wings, starring Charles “Buddy” Rogers, Richard Arlen and Clara Bow. The film tells the story of a pair of World War I fighter pilots who fall in love with the same woman. 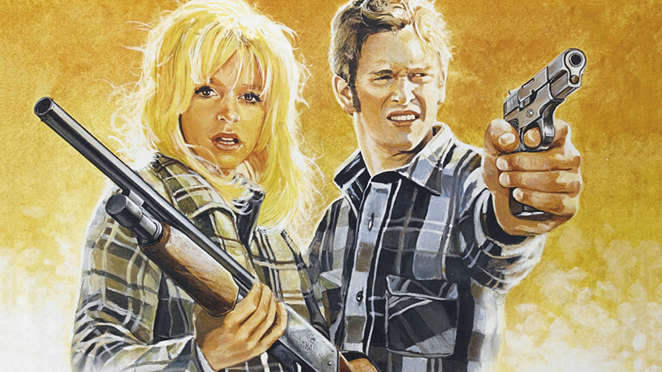 Race with the Devil
The 1975 action-horror flick stars Peter Fonda and Warren Oates as owners of a motorcycle dealership in San Antonio who witness a Satanic ritual sacrifice while on vacation with their wives in Colorado. Astute listeners can hear longtime AM radio talk show host Ricci Ware’s voice over the radio as the protagonists navigate local traffic.

A Guy Named Joe
A World War II pilot is guided through battle with the help of an unlikely source — his guardian angel, who was also a pilot. The film is directed by Oscar winner Victor Fleming (Gone with the Wind) and stars two-time Oscar-winner Spencer Tracy (Boys Town) and five-time Oscar-nominee Irene Dunne (Cimarron).

The Dungeon of Harrow
The 1962 low-budget horror film tells the story of a shipwreck survivor who washes up on the shores near a castle that inhabits an evil count and his insane family. The Dungeon of Harrow is directed by Pat Boyette, who was born and raised in San Antonio and also worked as a radio journalist with WOAI-AM, a news anchor and a comic book creator.

Battle Creek Brawl
This 1980 martial arts film was Jackie Chan’s first attempt to break into American movies. He stars as Jerry Kwan, a young martial artist who enters a street-fighting competition. In his memoir, Chan said the film was a box office failure because he wasn’t given the freedom to do more of the crazy choreography that’s been the hallmark of his career.

Wrong is Right
America is on the brink of World War III in this satirical 1982 thriller, which stars Sean Connery as a TV news reporter caught in the middle of a terrorist plot and a government conspiracy. Although neither a critical nor box office success at the time, some now say the movie predicted a handful of events that unfolded in the early 2000s. In one scene, for example, bombs are found hanging on an antenna of the World Trade Center. How eerie is that?