For Your Consideration: 20 Fall Films Everyone Should Add to Their Cinematic Schedule

Awards season is finally here, and the fall schedule is looking mighty impressive. Here are 20 films opening at theaters to consider from now until late December.

After a string of forgettable sequels and a botched reboot by Rob Zombie a decade ago, an 11th film in the Halloween (Oct. 19) franchise attempts to capture the thrills of the 1978 original. This time, director David Gordon Green (Stronger) steps in to set up the “final” showdown between iconic heroine Laurie Strode (Jamie Lee Curtis) and masked, knife-wielding killer Michael Myers. Horror movie fans will get a second dose of the genre with the remake of Dario Argento’s 1977 Suspiria (Nov. 2). The film stars Dakota Johnson (Fifty Shades of Grey) and Oscar winner Tilda Swinton (Michael Clayton) as a young dancer and artistic director who find themselves face to face with evil. In the sequel Creed II (Nov. 21), Michael B. Jordan (Black Panther) returns to the boxing ring, this time to fight the son of Ivan Drago, the Russian who killed his father Apollo Creed in 1985’s Rocky IV. In the sequel Ralph Breaks the Internet (Nov. 21), the animated title character voiced by Oscar nominee John C. Reilly (Chicago) journeys to the world wide web via a wi-fi router. More than half a century after the 1964 original film Mary Poppins, Mary Poppins Returns (Dec. 19) hits theaters and stars Emily Blunt (Sicario) as the enchanted English nanny. 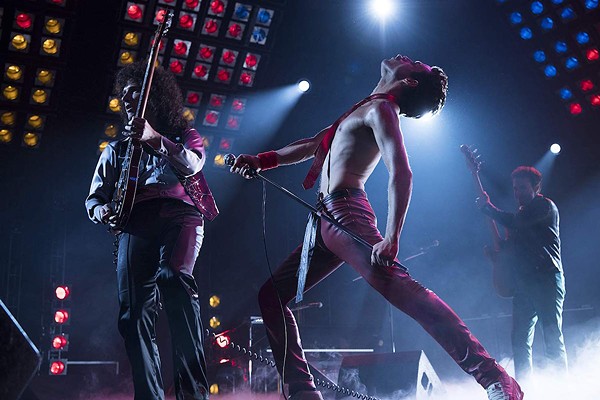 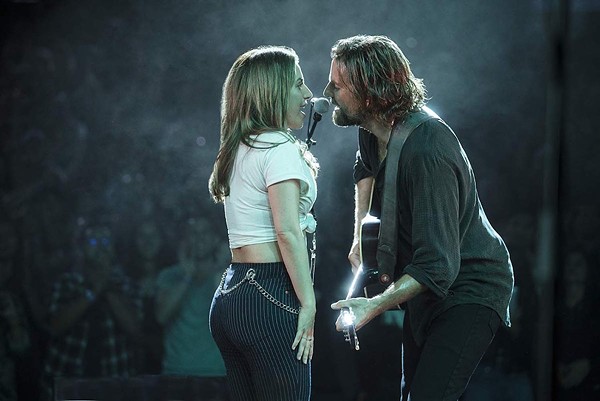 Warner Bros
A Star is Born

Three-time Oscar-nominated actor Bradley Cooper (American Sniper) makes his directorial debut with A Star is Born (Oct. 5), the fourth version of the musical to be released since the 1937 original. The most recent remake stars Cooper and Lady Gaga as an alcoholic musician and the aspiring singer he takes under his wing. In Mid90s (Oct. 19, limited), two-time Oscar-nominated actor Jonah Hill (Moneyball) makes his directorial debut with the story of a 13-year-old skater living life in Los Angeles. Also making his directorial debut is actor Paul Dano (There Will Be Blood) with Wildlife (Oct. 19, limited), which stars Oscar nominees Jake Gyllenhaal (Brokeback Mountain) and Cary Mulligan (An Education) as a husband and wife whose marriage is falling apart in front of their young son. Directing only his second feature, actor Joel Edgerton (The Gift) goes behind the camera for Boy Erased (Nov. 2, limited) about a teenager (Lucas Hedges) sent to a gay-conversion program by his Baptist preacher father (Russell Crowe) and mother (Nicole Kidman).

I’ll end up seeing every film on this list — plus a ton more — before the end of the year, but these next five are the ones I am anticipating the most: Oscar-winning director Steve McQueen (12 Years a Slave) takes the heist flick to another level with Widows (Nov. 16) about four women who put their fate in their own hands after the deaths of their criminal husbands. In Beautiful Boy (Oct. 12, limited), Oscar-nominees Steve Carell (Foxcatcher) and Timothée Chalamet (Call Me by Your Name) star as a father and son facing the realities of drug addiction. Oscar nominee Melissa McCarthy (Bridesmaids) gets dramatic in Can You Ever Forgive Me? (Oct. 19, limited) as Lee Israel, an author who earned her notoriety by becoming a literary forger. In If Beale Street Could Talk (Nov. 30, limited), Oscar-winning screenwriter and nominated director Barry Jenkins (Moonlight) tells the story of a pregnant woman in Harlem looking to clear the name of her husband who has been wrongly convicted of a crime. Finally, Oscar-winning director Alfonso Cuarón (Gravity) chronicles the life of a middle-class family in Mexico City during the 1970s in Roma (Dec. 14), which will be released simultaneously on Netflix and selected theaters.