Homegrown Beats: Our Favorite Songs of the Last 300 Years 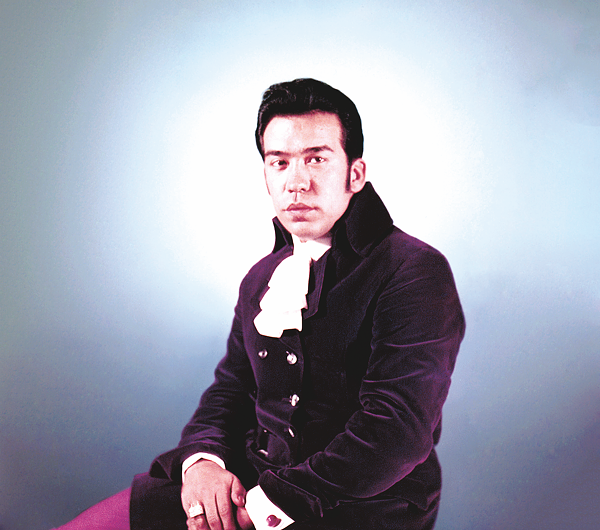 Courtesy
Sunny Ozuna
In our research of the best songs of the past 300 years, we quickly ran into the now obvious issue of actually finding recordings that date back farther than the 1930s. The earliest recording we could find, however, is a 1934 track titled “Mal Hombre,” by Lydia Mendoza, a tejano music legend who began her music career singing and playing guitar in the plazas of downtown San Antonio in the early 1930s. From the 1860s to the 1930s, these plazas became the heart of the city’s music scene. There, crowds of cattlemen, tourists and soldiers would gather and dine on chili con carne and other Mexican delicacies as musicians sang until sunrise.

Two years after “Mal Hombre” was recorded, Robert Johnson would record the blues hit “Cross Road Blues” in the Gunter Hotel on November 23, 1936, further establishing San Antonio as a blues and jazz hub through the ’40s and ’50s. Chicano soul would gain popularity through the late ’50s and ’60s with bands like Sunny and the Sunliners and The Royal Jesters at the helm; psychedelic rock ‘n’ roll would emerge with artists like Bubble Puppy in the late ’60s; commercial tejano, norteño and conjunto would make an even bigger impact in the ’70s with the use of electric guitars and keyboards; and punk and metal would rule the ’80s and ’90s. The late ’90s and early 2000s saw the rise of nu-metal and metalcore in San Antonio while indie rock, folk and hip-hop began to carve their own spaces in the city through the mid-to-late aughts.

Today, many communities make up the greater San Antonio music scene: from the jazz musicians that gig at places like Luna and Jazz, TX, to the experimental electronic noise artists and punk bands that showcase in living rooms at DIY house shows, to the hip-hop producers and MCs that throw down at Bottom Bracket Social Club, to the indie rock artists making their Paper Tiger debut. The San Antonio music scene holds a kaleidoscope of musical offerings, and chances are, you’ll find something you can tap your foot to.

Whether you’re a seasoned San Antonio music supporter or just now diving in, we’ve come up with a playlist that we think showcases some of the best tracks from each genre and era that we could find. This is by no means meant to be an all-encompassing playlist featuring everyone who ever put out a good song here. But it’s a place to start.

Butthole Surfers: “Pepper”
Ah, the 1990s. If you listen to alt-rock from that decade, there were hints of psychedelia sifting through the electric guitars and angsty vocals that made the era timeless. Butthole Surfers’ “Pepper” is the epitome of this and stands out as probably one of the biggest songs to come out of a San Antonio band.

Bubble Puppy: “Hot Smoke & Sasafrass”
If opening up for The Who in ’68 isn’t good enough for you, we don’t know what is. With a new live studio record released just last year, which includes their psych rock classic “Hot Smoke & Sasafrass,” Bubble Puppy is a band that helped shape the psychedelic rock movement in Texas during the late ’60s — and continues today.

The Krayolas: “Catherine”
Merging Tex-Mex rock and ’60s pop reminiscent of bands like The Beatles and The Monkees, The Krayolas’ “Catherine” gives you an idea why this San Antonio band became a regional phenomenon.

Third Root: “Justice or Else”
The official theme song for the 20th anniversary of the Million Man March, Third Root’s “Justice or Else” is just one example of why this hip-hop trio is continuing to raise the bar for hip-hop in the region.

Girl in a Coma: “Smart”
Girl in a Coma is one of the bigger bands to blow up out of San Antonio. The group’s “Smart” has slightly more post-punk vibe than the majority of their alt-rock catalog, but it showcases frontwoman Nina Diaz’s unique vocals and the trio’s diverse songwriting.

Tish Hinojosa: “La Llorona”
Folk singer-songwriter Tish Hinojosa boasts a vast catalog of music worth checking out; however, there’s something about “La Llorona” that’s both alluring and mysterious. AMEA: “VayCay”
A relative newcomer on the music scene, R&B singer-songwriter and producer AMEA, short for Ayanna Moriah-Eliza Allen, grabbed our attention with her 2016 single “VayCay,” a mid-tempo jam that you can chill out to, cry, or dance around your apartment to. Dare we call it perfect?

Lung Overcoat: “Voice in The Box”
Formed in the 1980s and influenced by bands like Bauhaus, Lung Overcoat was SA’s first glimpse at icy synth blasts and dark guitar notations of post-punk in an era where metal ruled all things.

S. A. Slayer: “The Witch Must Burn”
Known for touring through Texas as an opening act for Metallica on the Kill ’Em All album, S. A. Slayer was a staple in the metal community in the early ’80s, and this track was a banger.

Doug Sahm: “It’s Gonna Be Easy”
Doug Sahm, one of the most important figures in the Tex-Mex music scene, was a country music child prodigy. He would eventually go on to co-found the Texas Tornados with heavy hitters Augie Meyers, Freddy Fender and Flaco Jiménez.

Buttercup: “Henry B. Gonzalez”
Opening for well-known acts like the late Elliott Smith and Willie Nelson, Buttercup was dubbed “jangly art rock for the left side of the brain” by NPR, and has been growing a steady fan base in San Antonio since its formation in 2004

Hickoids: “Queen of the Bar-B-Q”
The late ’80s and early ’90s were a weird time for America in general. Down here in South Texas, The Hickoids amplified that weirdness with their blend of rock and punk, which garnered them regional and national attention.

Fearless Iranians from Hell: “Die for Allah”
With lyrics written from the point of view of an Islamic extremist to mock the anti-Iranian sentiment that was prevalent in the U.S. at the time, this thrash-punk outfit was an important asset in the SA music community in the ’80s.

Clifford Scott: “Honky Tonk”
This tenor saxman was arguably most famous for his solo in Bill Doggett’s “Honky Tonk, Pt. 2,” but held his own through the years. Scott lived in Los Angeles in the ’60s and performed with folks like Little Richard, Ray Charles and Fats Domino, but returned to San Antonio in the ’70s and continued performing at local clubs and bars.

The Sons of Hercules: “A Different Kind of Ugly”
Frontman Frank Pugliese has been called San Antonio’s answer to Iggy Pop, and if you’ve seen The Sons of Hercules live, you would agree. For 28 years, these dudes have been rocking the regional music scene with their all-killer no-filler straight up rock ‘n’ roll.

The Royal Jesters: “Take Me for a Little While.”
Another heavy hitter in the Chicano soul community in the ’60s, The Royal Jesters was a well-known group that helped define the sound of the soul scene. Chris Conde
Vocab
Vocab: “Floating Up”
Andrea “Vocab” Sanderson’s voice, poetry, raps and work in the community have made this multifaceted artist a favorite since the late ’90s.

Lydia Mendoza: “Mal Hombre” 1934
Lydia Mendoza’s “Mal Hombre” was the oldest piece of audio we could find from a San Antonio artist. If you can guess from the song title (“Bad Man”), the track is about a man, who at first treats her right and then, eventually, does not.