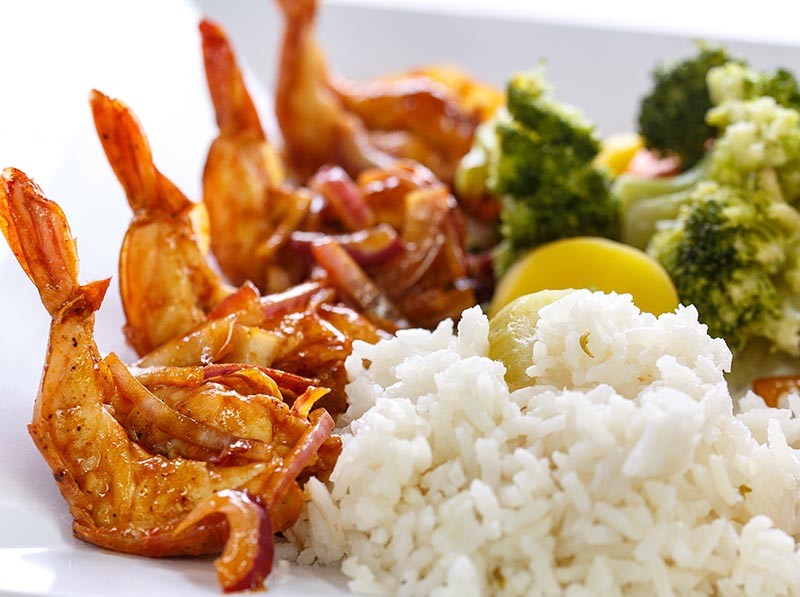 Now washed up on the unbeachy banks of Southwest Military, the color-splashed space that houses Las Islas Marias adds to a local and growing list of authentically Mexican seafood restaurants that also includes the likes of Costa Pacifica and the ever-evolving El Bucanero. The restaurant's focus is unique in that it plays heavily to the Sinaloan strength that is shrimp—and it fries almost nothing, camarones "cucaracha" being an evocative exception. Camarones zarandeados, butterflied, grilled and served with a buttery sauce that suggests Worcestershire or Maggi, are another good example, but shrimp are not to be ignored as served in the house-special empanadas, adorning a briny coctel de camarón y pulpo (octopus), or as the centerpiece of an excellent ceviche "ejecutivo." "Hot!" is the warning accompanying a plate of camarones aguachiles that uniquely comes in either a green or red version. Flip a sand dollar.

Beyond shrimp, the platter of mejillones in a "special" sauce akin to that on the zarandeado plates is generously endowed with green-lipped mussels and garnished with sliced cucumber; one of the few other fried dishes, chicharrón de pescado defies expectations by arriving in lightly breaded stick form. With any of these, we suggest a Mexican beer, such as Victoria or Pacifico—or whichever pale brew is available. Margaritas are distinguished more by size than by excellence. Size has nothing to do with the service; the waitresses are all fun and feisty, especially if you speak a little Spanish.