Love Is All You Need: Inclusive Churches Welcome Same-Sex Couples 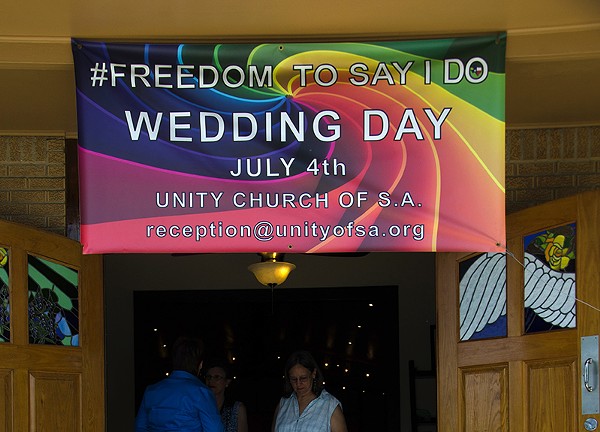 Same-sex couples' right to marry is now closer than ever.

But in Texas — like in other conservative states — religious officials like to warn their flocks of the danger, calamity and brimstone legal marriage for gays and lesbians is likely to rain down on the God-fearing masses because of the sinners.

San Antonio is no different.

Take John Hagee, pastor of Cornerstone, one of the largest mega-churches in the Lone Star State, who, as a side note, is constantly predicting the end of the world because of "blood moons."

The senior pastor thinks same-sex couples who want to marry are nothing but two disturbed people playing house.

"The concept is just absolutely staggering. The Bible's requirements for getting married are these: One, that you marry someone of the opposite sex," Hagee said during his show — not the Onion — Hagee Hotline, in January 2013.

Because the good Lord knows, love has nothing to do with marriage.

Luckily for Bexar County, there are plenty of inclusive churches that welcome all walks of life into their sanctuaries. 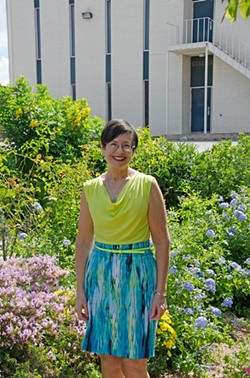 Rev. Linda Martella-Whitsett, of the non-demoninational Unity Church of San Antonio, admits that not all Christian churches here are that friendly.

"I don't know a church that doesn't say 'everybody is welcome,'" she said. "You are welcome to come in and be who you are not."

She said Unity Church is a safe place for gay couples who want to worship as her congregation is inclusive of everyone.

For Martella-Whitsett — and many members of all walks of faith-based communities — worship, at its core, boils down to love without limits.

"We have the most positive and joyful experience in life when we are good to other people," she said.

There are many welcoming churches in San Antonio — too many to list here.