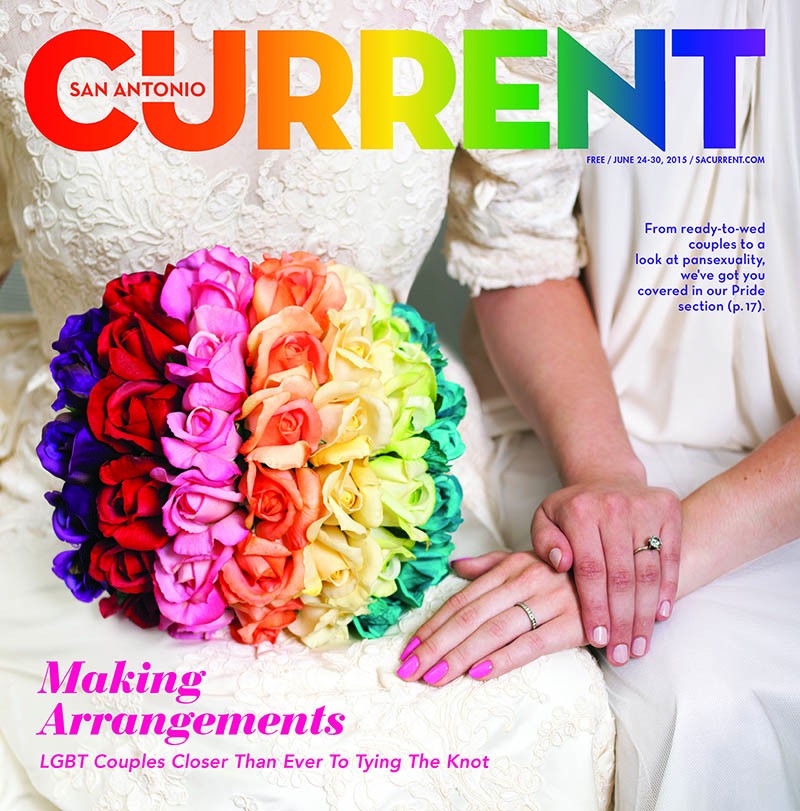 The U.S. Supreme Court will make history in late June, and change the lives of every same-sex couple — for better or for worse.

The court will rule later this month on two key questions: whether bans on gay marriage are legal and whether states which do not allow the practice must recognize marriages from other states.

If the bans are struck down, it will open the door for same-sex couples to marry nationwide. But if they're upheld, it would be a major setback to their rights, with no set timeline to reconsider the question.

Despite the uncertainty, at least one congregation in town, Unity Church of San Antonio, has banked on the court striking down the bans. Unity Church plans to perform marriages for same-sex couples all day on Saturday, July 4.

The church plans to marry up to 26 same-sex couples at the event, dubbed "Freedom to Say I Do." 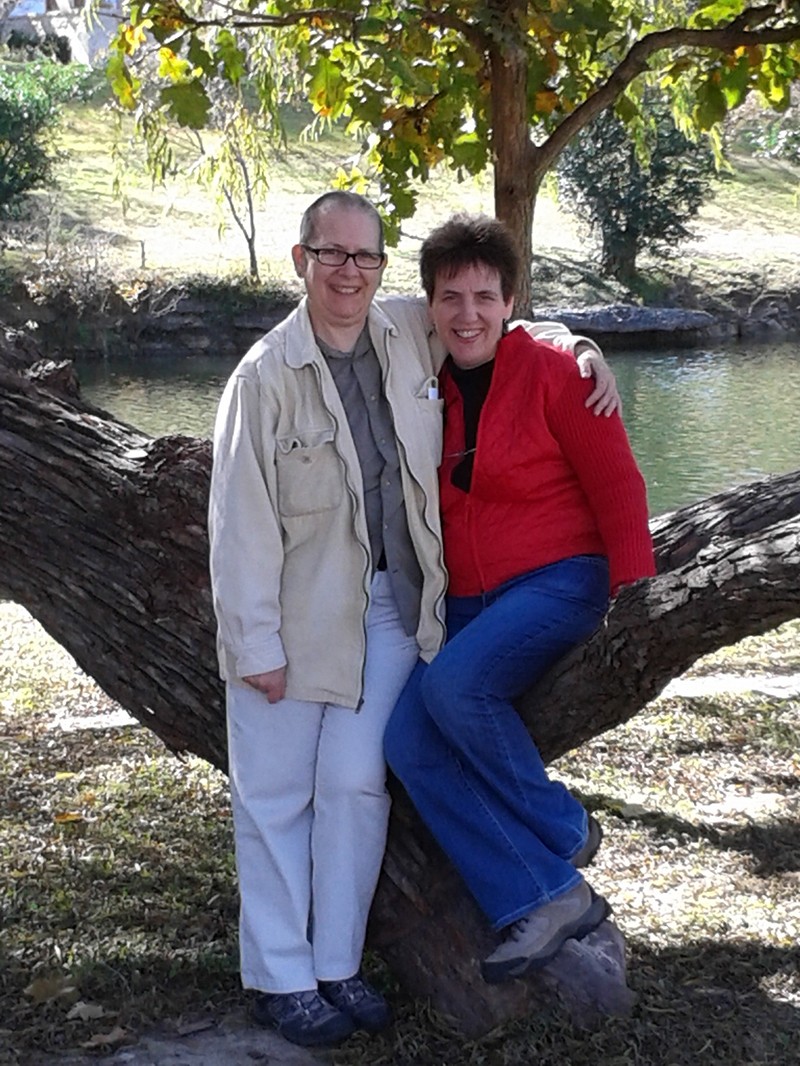 Courtesy
Annette Ewer (left) and Kathleen Riexinger plan to get married on July 4 at Unity Church of San Antonio's "Freedom To Marry" ceremony on July 4.

One of those couples is Kathleen Riexinger and Annette Ewer.

Riexinger and Ewer met in 1995 when they lived near Philadelphia. They had a commitment ceremony at a Unity Church in Pennsylvania in 1998 and have lived in San Antonio since 2000. Now, the Alamo City feels like home to the Keystone Staters.

For Riexinger, who manages a private training company, and Ewer, the traffic director at Texas Public Radio, marriage isn't about bolstering their commitment or proving the strength of their relationship to the outside world — it's about obtaining the legal rights and privileges that accompany a marriage license.

"We're very interested in having the same protections and benefits of other couples that, up until now, we did not have access to," Riexinger said.

The couple is most concerned about the right to make decisions for the other should they fall ill or become handicapped.

"If either of us becomes vulnerable ... we want to make sure that we are respected as the life partner and spouse of the other and be given that opportunity to make decisions for the other," Riexinger said.

On the other end of the longevity spectrum are Lynda Prado and Felicia Gutierrez.

The two California natives said the decision to take the plunge was a simple conversation.

They weren't sure about the timing or finances, though. They initially planned to save up for a wedding in California. But that changed when they learned that same-sex marriage could become legal nationwide, and when they heard about the Unity Church ceremony.

"We thought we were going to have to wait years to go to California and plan this. It is a little sudden, we know that, but we don't want to pass up this chance," Gutierrez said.

For Prado, the ceremony isn't necessarily an extraordinary or historic event. She just wants her relationship and her marriage to be seen like anyone else's.

"We want to be just as a regular couple," Prado said. "It shouldn't matter if we're black, purple, yellow, blue. Whatever we are, we're all the same, we should all be equal."

But even if the Supreme Court's ruling allows that to happen, there's a fear that Texas lawmakers will try to challenge the decision, further complicating and delaying plans for impending nuptials.

Rev. Lorelei Starbuck, an ordained non-denominational minister who's married more than 600 same-sex couples, said that many couples in Texas are eager to legally tie the knot but question whether the state will let them.

"There's a great deal of skepticism on how Texas is going to react to [the court's ruling]," Starbuck said. "You have an atmosphere in Texas that does not lend itself to actually honoring that agreement."

The state Legislature proposed several measures this year to block same-sex marriages, though none gained enough traction to become law.

Ewer said she'll feel "sadness" if the Supreme Court allows states to impose same-sex marriage bans, or if Texas officials challenge the ruling. But she and Riexinger feel optimistic that the court will rule in their favor.

For them, it only seems fair to do so. That's what it's all about, these couples insist — simple fairness.

"A marriage license is something that's available to any couple if you're heterosexual, to give you legal rights and legal bounds," said Ewer.

She added: "We've been together for 20 years now. Why should we not have those rights as well?"