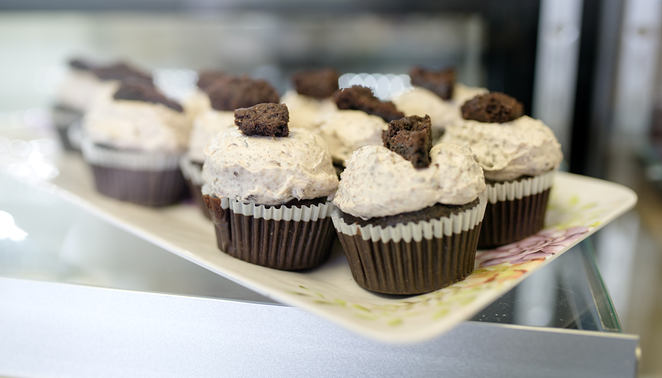 Until recently, many Americans considered veganism an elite, alternative lifestyle — perhaps one equated with unappealing and flavorless food options.

However, more Americans are turning to vegan or plant-based lifestyles to improve their health, reduce their carbon footprints or protest animal industry practice. And San Antonio restaurants including Pharm Table, Earth Burger and La Botanica are at the forefront of this national movement that’s changing how we eat.

According to a 2018 Gallup poll, the number of self-identified vegans in the U.S. hasn’t grown much within the last decade, but the demand for “plant-based” foods has since exploded, bringing over $3 billion in sales in 2017.

San Antonio currently ranks among the unhealthiest cities in the nation, but the growing interest in vegan eating could combat the city’s high rates of obesity and diabetes, said Akeem Best, CEO of Go Vegan San Antonio, a vegan food truck located at the main UTSA campus.

Best, who opened the truck with his wife Tara in 2017, is proud to be part of the city’s new wave of vegan businesses, with an increasing number of restaurants also introducing vegan options.

“There’s more energy going toward plant-based eating, not only in San Antonio but on a worldwide level,” Best said. “Veganism and sustainability go hand-in-hand. Anybody can be vegan; anybody can lead a plant-based life. Now we’re working to make veganism accessible to anyone in San Antonio.“

Contrary to stereotypes, vegans aren’t a weird, isolated group, and there’s no Vegan Illuminati that dictates what foods are nutritionally pure. Illustrating the broad local interest in the lifestyle, San Antonio is now home to more than 50 vegan businesses, including Miss Chickpea's Bakeshop and The Vegan Revolt, which turn up at monthly Vegan Stop Shop events hosted throughout the city.

The Vegan Stop Shop is always packed with customers Best said. “But I’d say only half of those customers are actually vegan. They just enjoy good, healthy food and products.”

The rise in local vegan businesses inspired Best to found the nonprofit Vegan Initiative Dynamic Association (VIDA) and launch VegFest, the city’s first vegan festival, which this year will run August 31 through September 1.

VIDA has also established a core team of area vegan business owners, activists and chefs who are working to make the event approachable for anyone, especially people of color and those interested in finding affordable and accessible healthy foods.

“VIDA wants to be that tissue that connects the whole community,” Best added. “There are vegans that only eat fruit or raw food, and junk-food vegans that eat fried food all day, but we can accomplish more if we’re not fighting each other from within.”

“Twelve years ago, when Green first opened, we were the only vegetarian place in town,” he said. “Now we get phone calls every day from people across the country, looking to franchise one of our restaurants and open a new location.”

San Antonio has an advantage when it comes to plant-based and vegan foods, Behrend said. Local chefs understand regional ingredients and the importance of bold flavors. Both are important to reworking favorite dishes like biscuits and gravy or carne guisada without the meat and making them enjoyable and approachable to diners.

“In the South, if the food’s not flavorful, we won’t accept it,” he said.

Behrend also credits the rise of food documentaries and consumers’ access to more online health information with the demand for plant-based foods.

Following the release of the 2017 film What the Health, which looks at nutrition as a way to combat chronic disease, business shot up by 20% across all of Behrend’s restaurants.

“People are beginning to ask why we’ve been told to [consume] dairy three times a day, and why beef is ‘What’s for dinner’,” he said. “You realize that many health organizations are largely funded by corporations, and that there’s a dirty side to these industries when you follow the money.”

Even national food chains are recognizing the trend. National grocery stores and fast-food chains like Burger King and Carl’s Jr. have started to offer plant-based meat substitutes from Beyond Meat and Impossible Foods.

“There was a time where if you wanted to eat vegan, you gave your kids a burger full of sprouts and they would throw it right back at you,” Behrend said. “Today, there’s a variety of meat alternatives that taste amazing and are better for you. I would stack up one of Earth’s burgers next to those any day.

Rebel Mariposa, owner of La Botanica, is amazed how much the vegan movement has grown since she moved back to San Antonio from California and opened her plant-based Mexican eatery in 2015.

“More people know what veganism is these days. You don’t get side eye like you used to,” she said. “There are still people who come to La Botanica and get bummed out when they see we serve all-vegan food, but I always invite them to try it and if they don’t like it, it’s on the house.”

Very few have wanted their money back, she added.

Local, plant-centric food businesses and menus have sprouted up all over, but the local vegan movement still has room for new restaurants and events like VegFest to make the movement more inclusive of communities of color, Mariposa said.

“It’s important that we represent San Antonio’s population and make sure that locals, especially people of color, see themselves represented and welcome to the movement,” she said. “People don’t necessarily think about the brown and black and red folk who are doing this work and have been doing this work for years.” 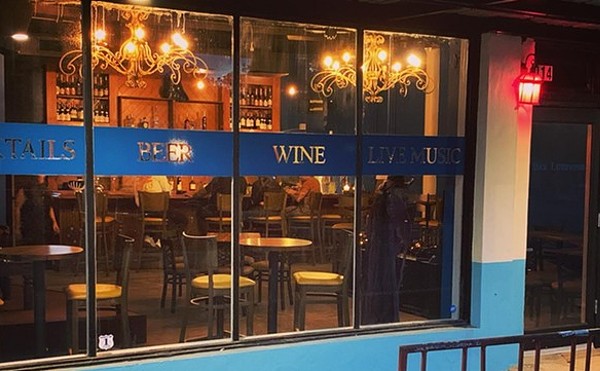