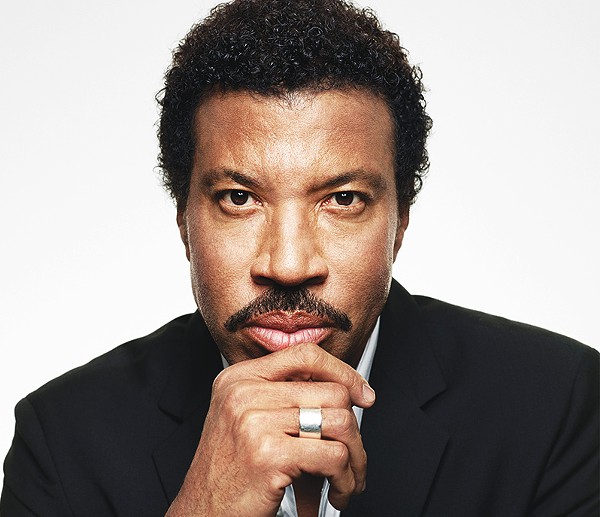 Is it Lionel Richie you're looking for? Find him this fall at the Tobin Center.

With summer vacation a distant memory and the holidays far from sight, the daily doldrums of life may seem endless. Luckily, with the release of the local performing arts centers' new seasons, escape can happen in 90 minutes or less. With world-class performances of theater, dance and music, you'll be left wondering just where you want to go next. The following are just a few of the countless selections offered this autumn.

With 10 companies in residence, and a calendar chock-full of touring productions, something is always happening in any one of the three performance spaces at The Tobin Center for the Performing Arts. Regardless of the season, some events still include a "splash zone," especially when longtime comedian Gallagher is involved. Gallagher's Joke's On You Tour (October 4) features his famous food-smashing sledge-o-matic, so you better bring a poncho or prepare to leave dirty. For more laughs, the "southern fried version of Dame Edna" loads oodles of plastic goodies onstage for Dixie's Tupperware Party (October 8-11). Combining drag with an unbeatable sales pitch, the show includes free giveaways and audience participation; and yes, you can really purchase the Tupperware. Later, Italy's Teatro del Drago returns to San Antonio with a magic puppet-filled retelling of Pinocchio (November 11-22) as part of AtticRep's International Festival of Performance of San Antonio. Established in 1820, the puppet troupe represents five generations of the Monticelli family's commitment to the art of puppetry.

And if you fancy yourself an audiophile, both Lionel Richie (October 22) and Liza Minnelli (November 28) are included among the impressive roster of concerts offered this season. 100 Auditorium Circle, tobincenter.org.

Since 1992, ARTS San Antonio has cast an impressive net in its quest to bring the world's finest entertainment to venues around the city. The National Acrobats and Circus of China (October 6, Majestic Theatre) tumbles into town with their acrobatic spectacle first performed for the Beijing Olympic Games in 2008. For even more movement based work, Ballet Hispanico performs the sensual CARMEN.Maquia (October 22, Lila Cockrell Theatre), based on Georges Bizet's iconic opera about a passionate gypsy.

A stage adaptation of The Screwtape Letters happens on October 10.

Between The Majestic Theatre and the Charline McCombs Empire Theatre, there's plenty of material for countless date nights. Audiences can settle into a demon's point of view in the stage adaptation of C.S. Lewis' The Screwtape Letters (October 10). Set in an office in hell, one of Satan's senior tempters teaches his nephew how to make damnation enticing. An alternative to the novelist's satiric view of hell is Alvin and the Chipmunks: Live On Stage (October 22), combining rock and rodents for an experience straight out of the movies. Expect breakdancing, food fights and a trio of Chipettes, too.

And for sweet throwback tunes, check out any of the many upcoming concerts, including The Beach Boys (October 8), Styx (October 14) and conductor Brent Haven raging with The San Antonio Symphony for The Music of Queen (October 23) and The Music of Led Zeppelin (October 24).

The multicultural, multidisciplinary Carver Community Cultural Center is prepping its stage for some groundbreaking legendary performers. Executive Director Yonnie Blanchette promises, "This year possesses an extraordinary line-up! Patrons will enjoy each performance and the passion each artist brings to our stage." Highlights include Urban Bush Women (October 17), the over 30-year-old movement troupe that merges contemporary dance, music and text to give a voice to untold stories, and award-winning blues guitarist Robert Cray (November 7). 226 N Hackberry, thecarver.org. 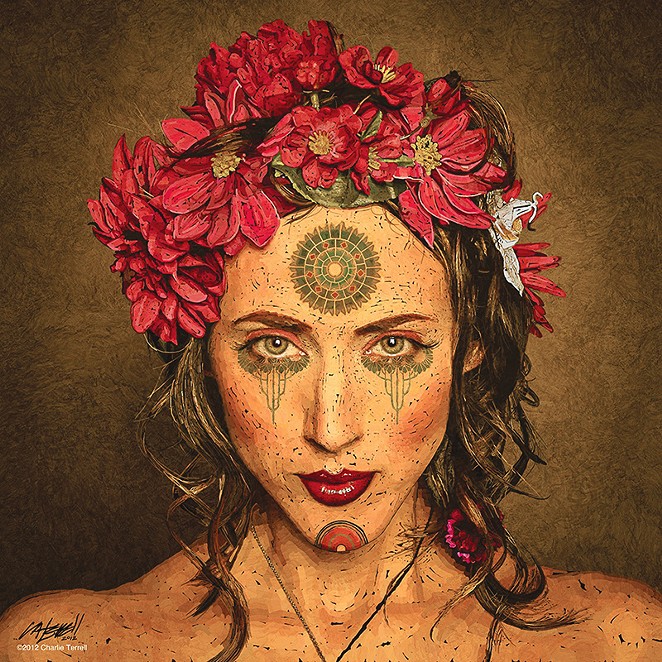 On Halloween Eve, Patricia Vonne performs along with a costume contest and a screening of Zorro Girl.

Featuring a season of "outstanding multidisciplinary work that illuminates our cultural experiences, pioneers new creative approaches and preserves and reinvents our artistic tradition," The Guadalupe Cultural Arts Center produces a steady lineup of influential artists, including a Halloween Eve Concert with Patricia Vonne (featuring a costume contest and a screening of her Sin City-inspired short film Zorro Girl), and a Día de los Muertos reading by San Antonio Poet Laureate Laurie Ann Guerrero from her 2015 book A Crown for Gumecindo (November 1). November brings the electronic beat of the "primal-meets-modern hybrid of machine and (wo)man" Femina X (November 21). 723 S Brazos, guadalupeculturalarts.org.

American Idiot plays at The Woodlawn from October 2-November 1.

The Woodlawn packs a punch with musicals steeped in pop culture. First up is American Idiot (October 2-November 1), adapted from the 2004 Green Day album of the same name, following three young men in search of the meaning of life. And of course, it just wouldn't be Halloween without the Company's annual production of The Rocky Horror Picture Show (October 15-31), starring contestants from RuPaul's Drag Race. This year, the plus-sized beauty Ginger Minj takes the stage as Dr. Frank-n-Furter in a production that will surely leave audiences shivering in anticipation. 1920 Fredericksburg Rd, woodlawntheatre.org.