The Rich Hands Win Big in Our 2013 Music Awards 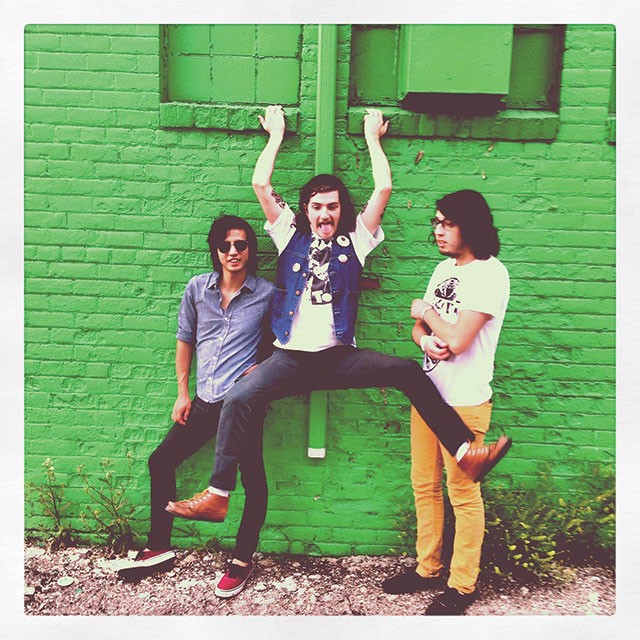 COURTESY PHOTO
And then there were three ... and it was good: The Rich Hands take a rare break

When the Rich Hands snagged the title of “Most Underrated Band” in the Current’s 2012 Music Awards, they seemed like the type of act the category was invented for: young, talented and with a handful of excellent singles that promised a lot of potential.

So where are they a year (and a half) down the line? Obviously a long way from underrated, having scored five wins at this year’s San Antonio Music Awards, including Best Indie Rock Band, Best Album (Dreamers, their debut, distributed through Burger Records) and, ridiculously enough, Most Underrated, hopefully for the last time.

It doesn’t take polls to gauge how big a year it’s been for the Rich Hands, one in which they released a debut album, went from a four-piece to a trio, and set forth on a seventh national tour (maybe eighth, they can’t really remember.) And the three-piece—consisting of Cody Mauser on guitar and vocals, Matt González on bass, and Nick Ivarra on drums—seem to have no concept of slowing down.

“Everything that came along this year was really exciting,” said Ivarra, speaking on the road en route to Denver. “We signed to Fountain Records, who put out Dreamers. We’ll start recording a new album this November to have out by next year, and hopefully by next summer have a European tour in the works.”

Not bad for a group of high school buddies who got together just to play music for their friends—certainly not shabby considering the not-so-small issue of losing their bassist mid-way through last year.

“When we first played as a three-piece it was a last minute thing,” says Ivarra. “We even tried finding a temp bass player to go on tour, but it was just too much of a hassle to get the practice in, figure out the scheduling with someone new and all that. So we just went with it.”

Beyond the obvious rearrangement—González took over on bass and occasional second guitar duties—the band saw the lineup change as a chance to rework their sound.

“The direction we were going in the beginning, when we were a four-piece, was a lot different,” says Mauser. “Now we just want to create simple structure songs, and cut out some of the crazier guitar soloing and interplay of the early stuff. It sounds dumb, but one of the hardest things to do is to keep things simple.”

Though the scuzzy garage jamming of their early singles still lingers in this updated approach, it’s this retooled Buddy Holly-meets-Black Lips sound that anchors much of Dreamers, the Rich Hands’ 10-track full length released in June.

“We didn’t go into the studio looking to write a power pop single, or to specifically write bubble-gum Ramones stuff,” Ivarra said. “We just evolve, our ears evolve, and playing with each other every night—we’re always going to take it to a different direction.”

So how did a bunch of Northwest-side guys barely past drinking age get hooked on such a throwback sound?

“Everyone in the band is hugely influenced by older music, and all of our stories are going to be different,” says Mauser. “We love ’50s rock, ’60s soul, ’70s funk and classic rock. It’s the stuff we grew up with.”

True to their shape-shifting character, Mauser promises the next record will flip the script yet again.

“If Dreamers was the ’60s garage pop record, this new one is going to be more along the lines of ’70s power pop,” said Mauser. “I’m constantly changing up what I listen to, and that inspires different styles in the songwriting.”

That new album, set to be recorded by Deerhunter sound engineer Chris Koltay, is slated for release early next year.

“This will be our first time really working with a full-fledged producer, so we’re really looking to expand the sound and add different instrumentation,” says Mauser.

For the time being, Ivarra, Mauser and González are concentrating more on conquering the country one town at a time.

“[The record] helps us get back on the road,” said Ivarra. “That’s where we want to be, out in front of new people playing songs. The idea of playing somewhere new is what drives us. Our tours are, right now, two-and-a-half to three weeks. But almost always we’d like to keep going, and that’s really the goal: playing nightly, sleeping in the seven-passenger van and making enough gas money to make it to the next town.”

Having enlisted the help of a booking agent, the Rich Hands are thinking global. “We have a focus of touring internationally now,” said Ivarra.

In other words, don’t look for these guys to win any polls as “most underrated” any time soon.