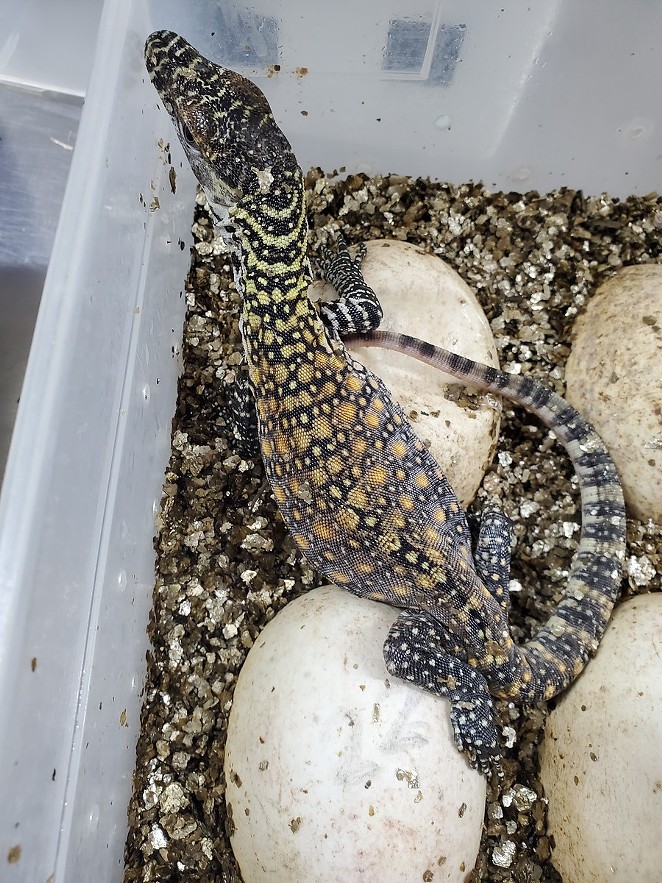 The Indonesian reptile is the largest living lizard in the world.

Two of the hatchlings are male, four are female and four are "yet-to-be-determined dragons," according to the zoo. The eggs hatched over a period of 10 days, Oct. 17-27.

"This monumental hatching is a testament to the zoo's persistence and commitment to conservation," President and CEO Tim Morrow said in a statement. "The hatchlings are thriving, and we are looking forward to watching them grow and help preserve the existence of Komodo dragons." 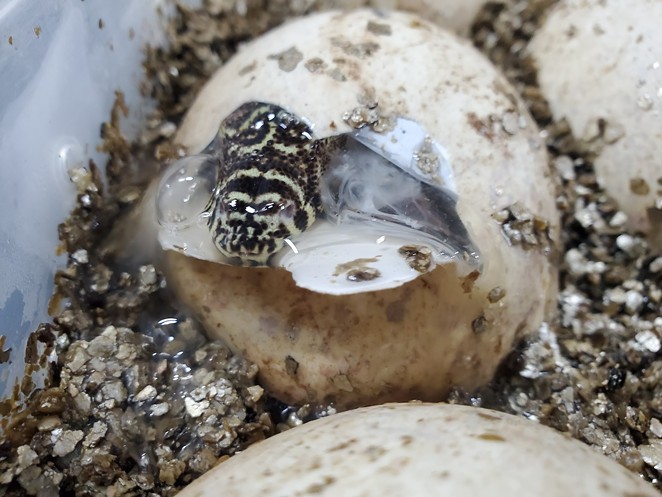 Courtesy of San Antonio Zoo
The dragons hatched between Oct. 17 and 27.
Currently, there are fewer than 1,400 mature Komodo dragons left in the world, according to zoo officials.

The San Antonio Zoo partnered with the Houston Zoo to pair two adult dragons deemed "a genetically strong match for pairing to help enhance the overall health of the Komodo dragon population." The mother Kristika, who resides in San Antonio, bred with sire Boga last winter. She laid eggs in March.