Hand-picked by Louise Harrison – sister of the late George Harrison of The Beatles – this Liverpudlian quartet is the only band in the world with a close, direct biological link to the original Fab Four! Now say "Liverpudlian" to your heart's content. $25 - $50, 8pm, Sam’s Burger Joint, 330 E. Grayson St., (210) 223-2830

Now that Mötley Crüe is no longer, playing their final show December 31 of last year, the very cleverly named Mötley 2 will fill the gaping hole in your heart with all the spandex, spikes, leather and hairspray you could ever ask for. $8-$10, 8pm, Amp Room, 2407 N. St. Mary's St.

Long in the tooth and short in fingers, Shaver has crafted impeccable tales of good ol' boy debauchery, heartache and humility. He is one of Texas' most brilliant songwriters and the last beacons of a bygone era of foolhardy, headstrong swagger and confidence. The old five and dimer born in Corsicana has, by now, surely become the diamond that lived inside that old lump a' coal. $17.50 - $22, 8:30pm, John T. Floore’s Country Store, 14492 Old Bandera Rd., (210) 695-8827

Although formed in the late '70s, goth rockers Christian Death never reached the success of gloom and doomers Bauhaus. Probably because their album cover depicted Jesus shooting up heroin, so it's pretty obvious there's a special place in Hell for them - if Hell exists, that is. With The Maension with Annex, Hearts Fail and Encrypted. $10-$15, 8pm, Korova, 107 E. Martin St., (210) 226-5070

If A&R guys still existed and they were to catch Levees on the day that the competition signed the next Alabama Shakes, the group might be rocketing up the charts faster than you can say "But I don't even like the Alabama Shakes." With Crown, Femina-X and Fair Coyote. $5, 9pm, Limelight, 2718 N. St. Mary's St., (210) 735-7775 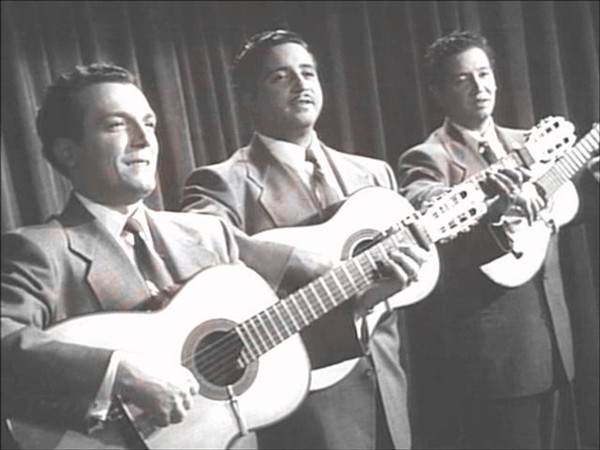