10 Things You Have to Do This Holiday Weekend

Walter Pickering, “Esprit de Corps”
Architectural interventions, imagined landscapes, amplified nature and marching bands are but a few of themes examined in four exhibitions opening at the Southwest School of Art on Thursday and remaining on view through October 30. An Indiana-born artist, curator and freelance arts writer who earned his MFA from the Glasgow School of Art, Seth Orion Schwaiger crafts works that aim to “seduce the onlooker into the position of jeopardizing often pre-constructed notions of value and quality.” Presented as the second chapter of his “Complex” exhibition series, his “Complex 2” promises a “radical, anti-passive approach to art viewing and curation” via works that shift and change based on the viewer’s position in the gallery. Drawing from memories and his own imagination, Houston-based Will Henry creates paintings and drawings that nod to pop culture, art history and Southwestern landscapes. Known for cinematic vistas visited by the occasional floating tumbleweed or flying saucer, his “Remote Viewing” borrows its name from a “pseudo-scientific government program wherein the viewer would project themselves into future events for defense purposes.” After living in New York, California and Europe, Austin native Elizabeth Chiles returned home to Texas to further artistic pursuits in photography, video, installation, drawing and language. Curated by Mary Mikel Stump, her “On My Mind, Again” puts a kaleidoscopic spin on the natural world via “abstract meditations.” An amusing and easily digested wildcard, Walker Pickering’s “Esprit de Corps” opens an odd yet intimate window onto the world of marching bands. Born in Texas and now based in the Midwest where he teaches photography, video and bookmaking at the University of Nebraska–Lincoln, Pickering describes his intriguing works as “quasi-documentary photographs.” Free, 5:30-7:30pm Thu, Southwest School of Art, 1201 Navarro St., (210) 224-1848, swschool.org. — Bryan Rindfuss

M&M Group
Cowboys Dancehall might appropriately be redubbed Vaqueros Salón de Baile for this stacked Tejano bill. For all the KXTN radio faithful, Janie’s Record Shop regulars and the new crop of Tejano-phile youngsters searching for authentic cultural experience, this show is certainly not to be missed. At the top of the bill, Ramón Ayala (El Rey del Acordeón) will treat showgoers to his signature, Grammy-winning amalgamation of the norteño, conjunto and Tejano styles. As gifted a songwriter as he is player and singer, Ayala, with his electrified but nonetheless traditionally rooted music, is a true giant as an international purveyor of Mexican/Texican culture. Ayala, who believe it or not has been at it since the mid-1960s, is supported on this bill by fellow Tejano pioneer David Lee Garza (y Los Musicales) and conjunto outfit Los Desperadoz. Órale vaqueros. $20-$50, 7pm, Cowboys Dancehall, 3030 NE Loop 410, (210) 646-9378, cowboysdancehall.com/san-antonio.
— James Courtney

Sabine Senft, Remains to Be Seen
An official part of this year’s Fotoseptiembre, despite also sneaking in some sculpture work and painting, “Borderland” is a new exhibit by multimedia artist Sabine Senft. Through her varied methods, Senft ruminates on the harsh experience of crossing the U.S.-Mexico border, something that has become increasingly treacherous. Begun in Marfa in 2013, this exhibit of work also has a distinctly personal side for Senft, as her experiences there led her to relive childhood memories of family tragedies associated with the Berlin Wall and the Iron Curtain. In this sense, Senft is able to reflect on a very particular (and tense) historical moment and a singularly individual experience, while fostering links between similar populations that have faced similar struggles worldwide. The frankly haunting exhibit, ideally, can serve to draw empathy and understanding to the plight of displaced populations everywhere, especially in our own backyard. Free, 6:30-9pm Thu, Cinnabar, 1420 S. Alamo St., Suite 147, (210) 557-6073, cinnabarart.com. — JC

Having drawn a considerable crowd last month with an event showcasing local vendors selling on the buzzy e-commerce site Depop, vintage specialists Katalya Bustos, Mae Darrin and Kirstine Haynes are launching Shop Rare Marketplace, a monthly pop-up combining vendors, live music, DJ sets and a photo-booth outfitted with an artist-designed backdrop. At the inaugural shindig, guests can peruse wares from more than a dozen retailers based in San Antonio and Austin, including Poco A Poco (locally made accessories and fair-trade jewelry), In Search of Vintage (band T-shirts and sportswear), MaeLeaf (hand-painted denim and vintage finds), Katrollya (plus-size vintage women’s clothing), Grey Moon Vintage (attire spanning from the ’70s to the ‘90s), The Come Up SA (‘90s-era streetwear for men and women) and Angel Vintage (from goth to glam) while enjoying sets by outré cumbia duo Nag Champa, trip-hoppers Voodoo Boogaloo and DJs Johnny and Executive Realness, plus vegan tamales and paletas from Papi Agave. As Shop Rare’s inaugural artist, local illustrator and cyclops enthusiast Valerie Brown created both the the alien-chic event flyer and what promises to be a playfully bizarre photo-booth background. Free, 5pm-midnight, Brick, 108 Blue Star, (210) 262-8653, facebook.com. — BR

Photo by Josh Huskin
Attendees at the 9th annual San Japan this weekend won’t have to search too hard for cosplayers and other cultural fashionistas who have decided to explore a different side of themselves at the anime convention. From cosplayers and crossplayers to furries and Lolitas and more, San Japan is an event where the clothes one wears are much more than just a fashion statement or pop-culture shout out. You can thank Suicide Squad for all of those Joker and Harley Quinn costumes that are bound to pop up. Along with the two DC Comics villains, you can bet the Pokemon Go rage will result in a bunch of Squirtles and Snorlaxes swarming the convention hall. Due to their ongoing popularity, you’ll probably also meet a lot of Sailor Moons and One Punch Men, so watch that right hook. Click here for the Current's full story on San Japan 009. $27.25-$62.50, 6-10pm Thu, noon-2am Fri, 10am-2am Sat, 10am-7pm Sun, Henry B. Gonzalez Convention Center, 900 E. Market St., (210) 207-8500, san-japan.org. — Kiko Martínez

Click here for the Current's full story on San Japan 009.

Photo by Siggi Ragnar
Sometimes heartbreaking, sometimes deeply joyous, Amy Ludwig’s stage adaptation of Sandra Cisneros' beloved book The House on Mango Street tells the story of Esperanza Cordero, whose neighborhood is one of harsh realities and harsh beauty. Esperanza doesn't want to belong — not to her rundown neighborhood, and not to the low expectations the world has for her. Esperanza's story is that of a young Latina coming into her power, and inventing for herself what she will become. José Rubén De León directs Gabriel Sánchez, Eraina Porras, Salvador Valadez, María Ibarra, Joshua Segovia and Bella Villarreal in The Classic Theatre's production. $10-$25, 8pm Fri-Sat, 3pm Sun, The Classic Theatre, 1924 Fredericksburg Road, (210) 589-8450, classictheatre.org.
Fri 9/2 - Sun 9/4
LaborFest

Trinity Greer
Since Prince’s tragic death in April, love and respect for the icon has been expressed through heartfelt tributes throughout his native Minnesota and across the country — mourning fans left purple flowers in front of his Paisley Park residence and the First Avenue nightclub he immortalized in the film Purple Rain; purple lights lit up bridges, skyscrapers, The Orlando Eye ferris wheel, the New Orleans Superdome, San Francisco City Hall and Minnesota’s Target Field (in the rain, no less); clubs and radio stations played back-to-back hits spanning his 40-year career; The New Yorker referenced Purple Rain with an understated tearjerker of a cover; and Harlem’s Apollo Theater changed its marquee to “In Honor of the Beautiful One … Nothing Compares 2 U.” And with his birthday, June 7, proclaimed Prince Day by Minnesota Governor Mark Dayton, we can expect purple takeovers and Prince-themed parties every summer. But as the lovely gals of Stars and Garters Burlesque aim to prove with their latest spectacle, celebrating His Purple Majesty’s cultural legacy is a perennial affair. Hosted by Joel Settles, the long-running troupe’s Let’s Go Crazy invites guests to “party like it’s 1999” with the scantily clad likes of Suki Jones, Pystol Whips, Coco Simone, Squirrelly Temple, Candy Kane, Lucky Strike and Black Orchid (who’ll be bringing her drag king character “out to play”). Besides risqué routines set to Prince classics, attendees can expect Prince-themed audience participation games and special guests to be announced. Purple attire encouraged. $10-$25, 8pm Sat, Brick, 108 Blue Star, (210) 262-8653, starsandgartersburlesque.com. — BR 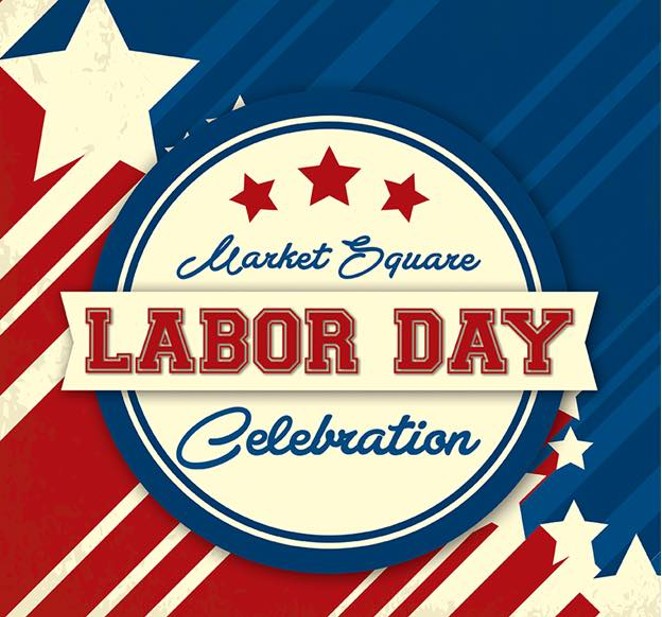