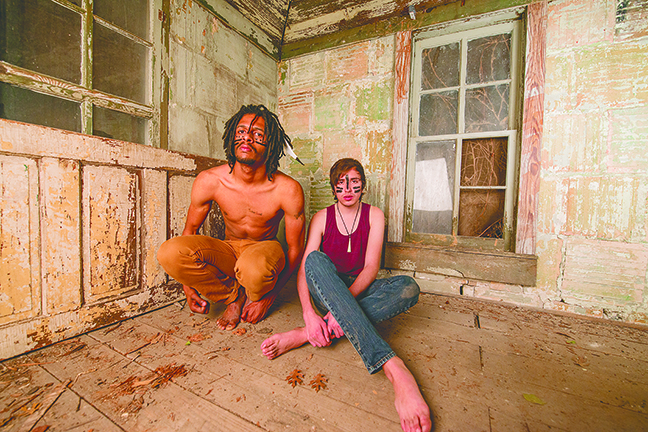 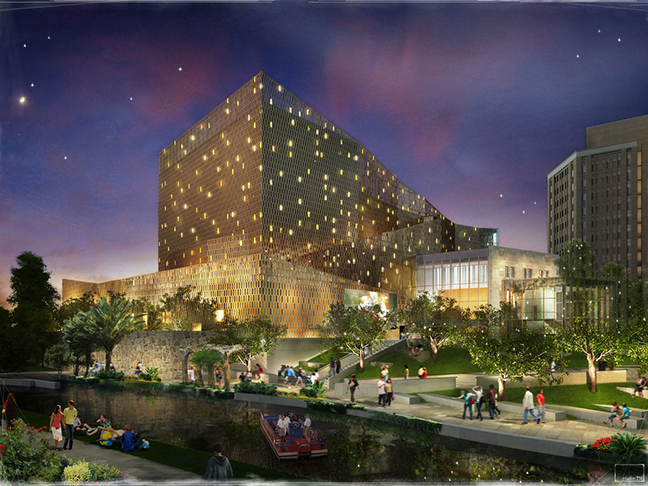 Its opening date is still more than 100 days away, but the Tobin Center for the Performing Arts is already generating major excitement with the promise of wide-ranging programming in three state-of-the-art spaces—the 8,200 square-foot, 2,100-person-capacity H-E-B Performance Hall, the adaptable 250-seat Carlos Alvarez Studio Theater and the River Walk Plaza, which boasts a 30-foot video wall. On Thursday, the Tobin’s president and CEO Michael J. Fresher will shed light on the $203 million project by discussing the transformation of the Municipal Auditorium (a Spanish Colonial Revival structure built in 1926 as a memorial to American soldiers killed in World War I) and “what San Antonio can expect during the grand opening festival and the 2014–2015 season.” Striving to live up to its motto (“something for everyone”), the Tobin’s first year encompasses productions from 10 local companies and touring shows that run the gamut from Bill Cosby and Garrison Keillor to 50 Shades! The Musical and Rudolph the Red Nosed Reindeer. Free, 6:30pm Thursday, Chiego Lecture Hall, McNay Art Museum, 6000 N New Braunfels, (210) 824-5368, mcnayart.org. —BR 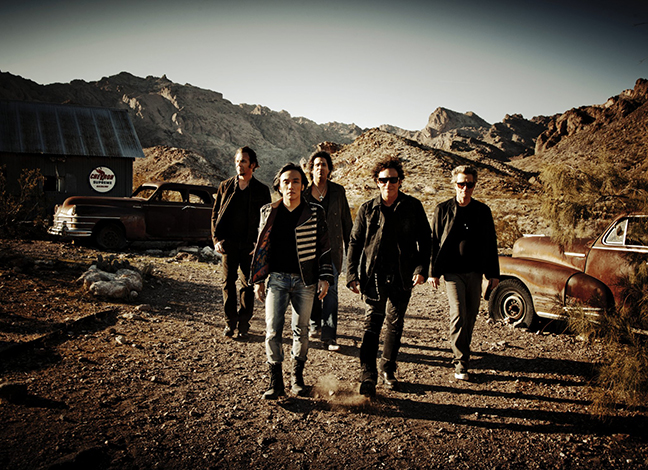 Once a band has a greatest hits collection, the average concertgoer dreads hearing the phrase “one from our new album,” but karaoke deities Journey and Steve Miller Band could both perplex crowds much more by breaking out the really old stuff. Mixing Chicago blues with San Francisco psych-rock, SMB’s first albums put the midnight toking ahead of the joking with meandering instrumentals and ambient sound collages “Fly Like an Eagle” only hints at. Journey, meanwhile, began, as it currently continues, sans frontman Steve Perry’s platinum diaphragm. The original version—rather than performing, as it now does, hits like “Open Arms” with a series of replacement singers—played fusion-jazz prog-rock, favoring instrumental histrionics over vocal ones. Expect to hear the hits though; these guys didn’t sell out stadiums screwing around. $39.50-$135, 6:45pm Thursday, AT&T Center, 1 AT&T Center, (800) 745-3000, ticketmaster.com. —Jeremy Martin 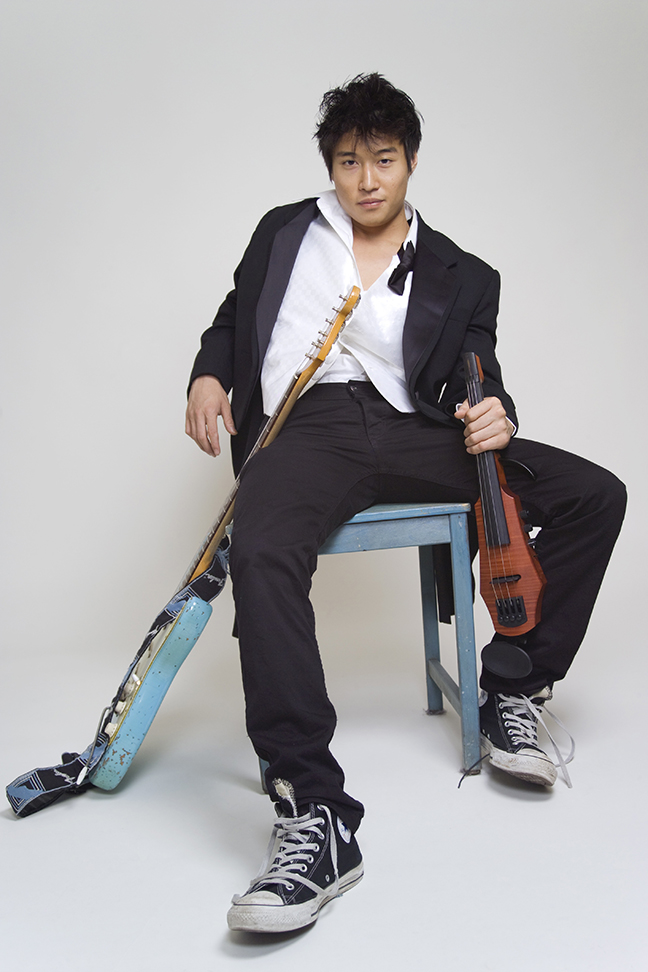 Like ‘bad-boy’ classical cohort Amadeus Leopold, violinist and Austin native Charles Yang operates in that often-tricky classical-crossover category. The untucked tux look (Dear me! Is his cummerbund askew?) and penchant for pop covers (Britney Spears? The Eagles?) force the “classical is cool” stance with all the subtlety of the “1812 Overture.” Thankfully Yang possesses the sort of multi-versatile talent that keeps him clear of Il Divo or Josh Groban fare. A gifted singer and guitarist, Yang blends this varied instrumentation along with his ardent improvisational sense to generate an element of edge and unpredictability often missing in classical performances. His performance art pieces with the CDZA collective, particularly the incredible “Human Jukebox,” capture the anything-goes spirit of crossover at its best. $29-$110, 7:30pm Thursday, Charline McCombs Empire Theatre, 226 N St. Mary’s, (210) 226-3333, artssa.org. —J.D. Swerzenski 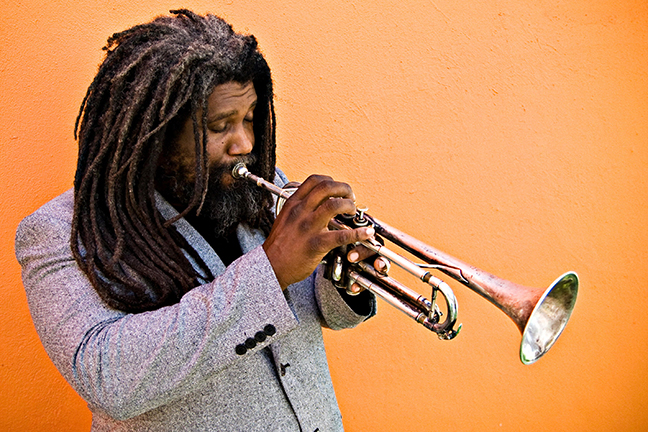 Austin trumpeter Jeff Lofton will kick off this summer’s Artpace Rooftop Jazz Concert Series, a collaboration between the gallery and KRTU. Inspired by the avant-garde of the ’60s, including John Coltrane, Don Cherry and AACM, Lofton and his quartet will take the music to its rawest improvisational forms. On his five albums, Lofton has evoked the clear, ringing timbre of early Miles Davis, though on this date, expect a more biting tone from the versatile trumpeter and his rhythm section of pianist Collin Shook, bassist Jimmy Blazer and drummer Kory Cook. Joining the weird-out, video artist Chris Jackson will broadcast his visual performance from the lovely Artpace roof. $15 per individual, $25 per couple (free for Artpace and KRTU members), 8pm Friday, Artpace, 445 N Main, (210) 212-4900, artpace.org. —Matt Stieb

The 90th Birthday of Rita Vidaurri 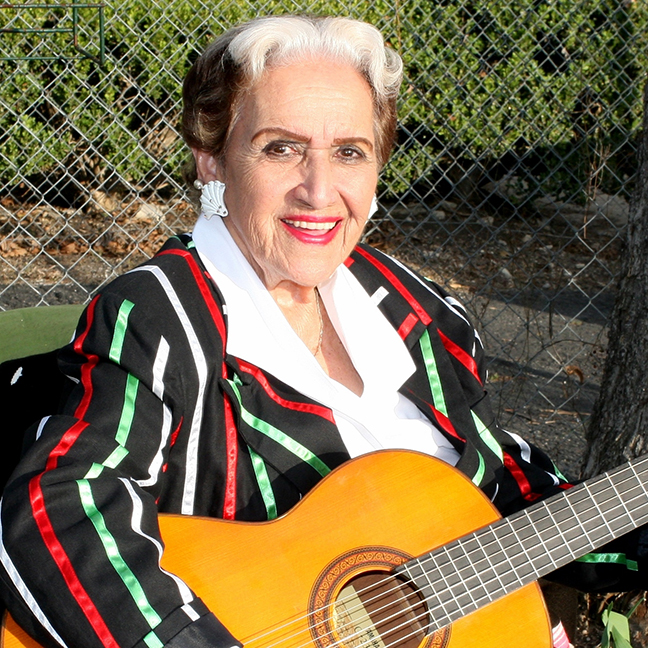 Born in 1924, local legend Rita “La Calandria” Vidaurri started performing at a young age and generated her first bit of buzz as a teen when she won first prize ($5) 18 weeks in a row at a singing contest at Teatro Nacional. Encouraged by comic actor and early fan Mario Moreno (better known as Cantinflas), Vidaurri took her deep, powerful voice to Mexico, where she landed gigs at the upscale club El Patio and on XEW, the Mexico City-based radio station she grew up listening to. A ranchera sensation during the ’40s and ’50s, Vidaurri released three albums and 50 singles, toured extensively in Latin America and performed with the likes of Celia Cruz, Tin Tán, Pedro Vargas and Nat King Cole. Not long after becoming the Jax Beer poster girl in 1957, she retired at the urgings of her manager-turned husband. Re-emerging in 2001, Vidaurri is now one fourth of the Esperanza Peace and Justice Center’s aptly named group Las Tesoros de San Antonio (which includes Beatriz Llamas, Blanquita Rodriguez and Perla Tapatia). In celebration of her 90th birthday and the release of her latest CD, Vidaurri and the gals perform with support from Westside Horns, Teresa Champion, Trio San Antonio, Mariachi Durango and Los Texmaniacs. Free (donations appreciated), 7pm, Guadalupe Theater, 1301 Guadalupe, (210) 271-3151, esperanzacenter.org. —BR 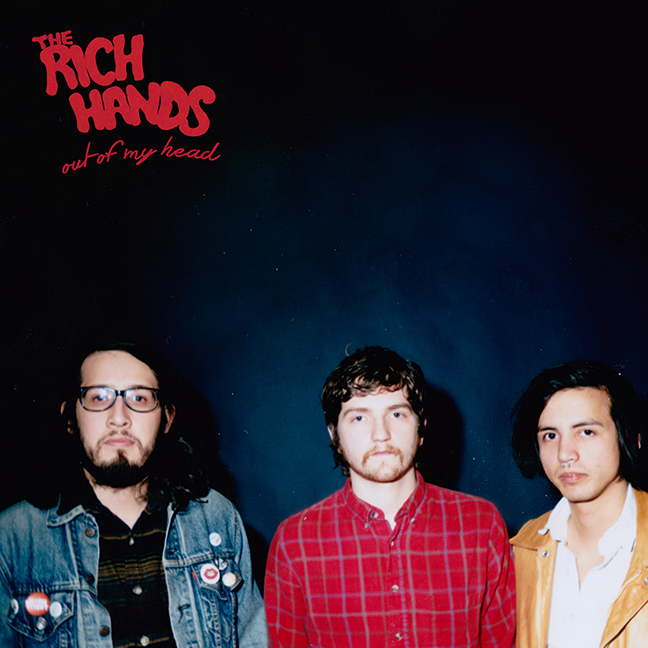 Out of My Head moves the Rich Hands’ rock retrospective forward a decade, shuffling between the massive guitar glam of T. Rex and solo Lou Reed on “No Harm Blues” and album-closer “I Get By,” and Ramones-style pop-punk on the album’s first single, “Teenager.” With the dual support of Fountain Records and tape distribution by tastemaker Burger Records, the Rich Hands can afford to slack on the national tour, letting the internet do the promotional work for them. “Just having that Burger name is massive,” said drummer Nick Ivarra. “They have so many awesome bands that get so much airplay and press, people take a look at Burger bands because there’s a hype to it, there’s that name to it.” With The Oblio’s, Crown, Mount Sherpa, Parallelephants and The Bolos. $7-$10, 9pm Friday, Limelight, 2718 N St. Mary's, (210) 735-7775, thelimelightsa.com. —MS 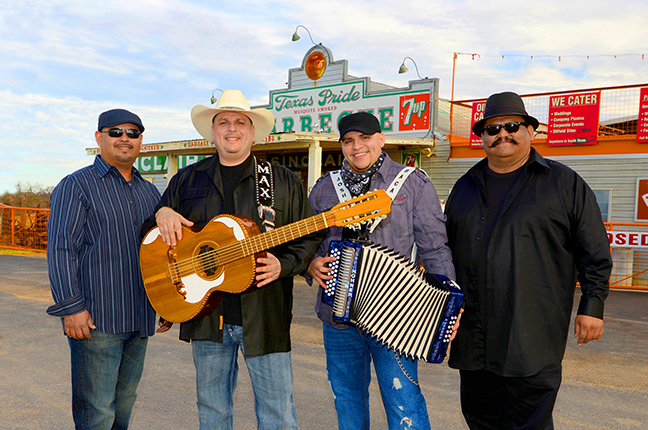 Max Baca, leader of the critically acclaimed Tejano/conjunto outfit Los Texmaniacs, plays the bajo sexto like a man possessed. The 12-string instrument truly provides an endless improvisational palette for the world-renowned, Flaco Jimenez-mentored virtuoso. With Los Texmaniacs (formed in 1997), Baca and company continue in the rich tradition of acts like Texas Tornados, blending conjunto with elements of jazz, rock and blues to create a singularly arresting cultural and sonic creole. Estos gueyes even won a Grammy for their most recent outing, 2009’s magnificent Borders y Bailes. Los Texmaniacs’ vibrant, urban-pastoral sound can fill just about any space with a sense of revelry paired with reverie. So what happens when you cram such a massively majestic sound into a tiny place like Hi-Tones? You get a pachanga of unparalleled proportions. $5, 9pm Friday, Hi-Tones, 621 E Dewey, (210) 573-6220, texmaniacs.com. —James Courtney 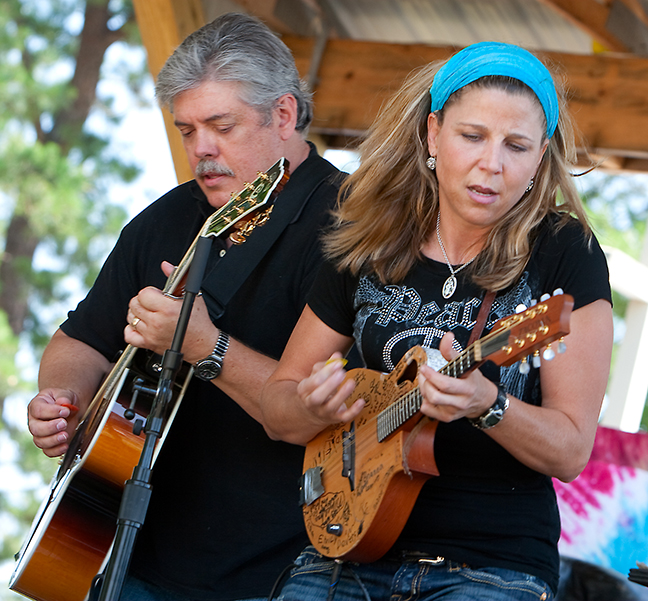 Marking the end of an era, this year’s Kerrville Folk Festival will be the first without founder Rod Kennedy, who passed away in April at the age of 84. Outlined in his book Music from the Heart, Kennedy was many things—jazz impresario, sports car racer and broadcasting pioneer—and the 18-day, songwriting-focused festival he launched in 1972 has factored into the careers of many Texas music legends. While camping on the Quiet Valley Ranch is arguably the best way to experience this delightfully crunchy gathering, if time only allows for a limited excursion, the first Saturday evening offers a well-rounded lineup that culminates with “For the Rodfather,” a tribute concert uniting Tom Prasada-Rao, Terri Hendrix and Lloyd Maines (pictured), Butch Morgan, Eric Schwartz, Buddy Mondlock, Bill and Mary Muse, Michael McNevin, Tish Hinojosa and others. $40, 7pm, Kennedy Outdoor Theater, Quiet Valley Ranch, 3876 Medina Hwy (Kerrville), (830) 257-3600, kerrville-music.com. —BR 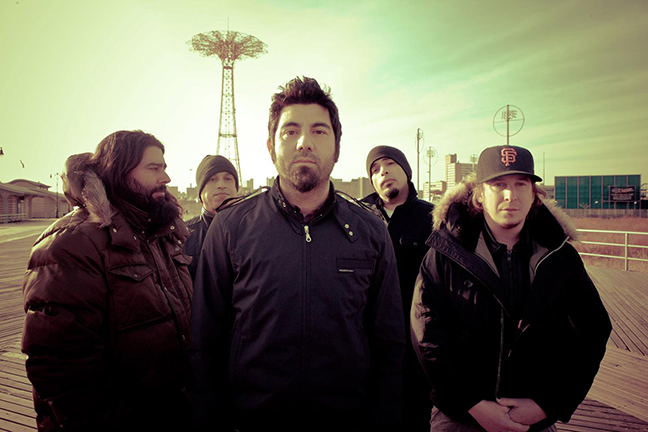 As much as this town’s faux-aesthete hipster set wants to complain and make a case for how much we deserve to book whatever hype-o-sphere conquering indie band of the moment, River City Rockfest knows how to keep SA real. For its second year, the festival has booked an impressive array of (contemporary?) hard rock acts sure to drive our shred-worshipping community to totally macho tears of appreciation. From big-name bands to local scene standouts, here are the acts we’re most stoked to catch on Saturday.

Straight up: I have love for Kid Rock. Even when I don’t totally go for what he’s selling, I appreciate his ability to borrow, sometimes very successfully, from whatever sound he wants: rap, metal, rap-metal, butt rock and country. Right now, of course, Detroit’s Robert James Ritchie is in the middle of a country-tinged, Hank Williams Jr.-indebted southern rock phase. While we can expect him to lean heavily on his most recent releases, Born Free (2010) and Rebel Soul (2012), there’s little doubt that fans will be treated to a “bawitaba da bang a dang diggy diggy,” sing along.

After recently turning in some very shaky work with his electronic project ††† (Crosses), Deftones’ lead man Chino Moreno is back with his original band. Moreno recently reported to Spin that the influential act is at work on a new album, so River City fans wouldn’t be crazy to hope for a tentative sneak peek at the group’s first album since 2012’s Koi No Yokan. Always a Saytown favorite, Deftones are at their best live, when their tumultuous, churning nu-metal songs can be fully appreciated for their raw power and surprising finesse.

Active since 1999, these slowly-softening, South African alt-metal heads are no strangers to the other SA’s hard rock aficionados. With each of the band’s six albums, including Isolate & Medicate released early this month, Seether has become increasingly interested in diversifying its approach with atmospheric flourishes and acoustic guitar. These obvious grunge worshippers can still bring the aggression, but the group’s live show is now a matured mixture of intense moments and lighter-waving ops.

Yeah, we’re mentioning SA desert-sun-rockers Lonely Horse again. Get over it. They’ll sound fucking awesome at the AT&T Center because they sound fucking awesome anywhere. Also worth catching on the local tip: the kinetic and funky indie rock of Donella Drive (who are dropping an EP called Castellations on Saturday, to boot) and the classic blues rock of Lynwood King (of the Heroine, also on the bill).

All in all, River City Rockfest looks like an ideal chance to get out all of your pent-up aggression before the summer months come to drive you into sweat-soaked conniptions.