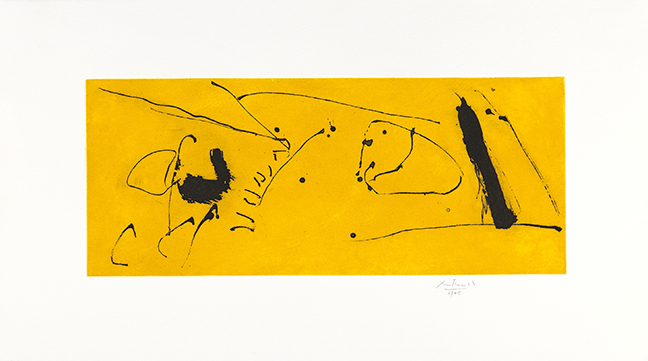 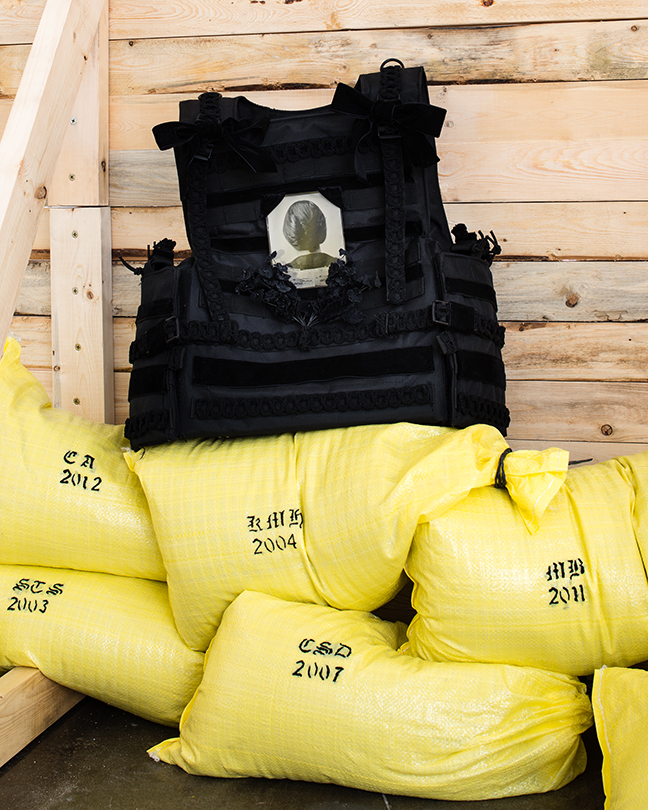 The mighty N’gone Fall, curator for this go-round of Artpace International Artists-in-Residence, is an art critic, consultant, educator and “cultural engineer” based in Dakar, Senegal and Paris, where she graduated from École Spéciale d’Architecture and worked as editorial director of the seminal contemporary African art magazine Revue Noire from 1994 to 2001. In addition to editing the books An Anthology of African Art: The Twentieth Century (2002) and Anthology of African and Indian Ocean Photography: A century of African photographers (1999), Fall co-curated the African Photography Biennale in Bamako, Mali, in 2001, and the 2002 Dakar Biennale in Senegal.

Fall has self-described as a “former architect” and as “a curator without a space” who now involves herself with projects in public and urban environments. In 2004, she helped to orchestrate Gaw-Lab, an ongoing project in which young Senegalese video artists collaborated with idealistic software designers to workshop short web-based animations, which “aired” alongside live Q&A video chats with prominent web-based video artists from Japan, Spain and France, all shown on “squatted” video screens in public spaces—exploding the borders between countries, genres and access to technology.

Fall states her worldview in her essay “Providing a Space for Freedom: Woman Artists in Africa”: “Colonialism brought in its wake a host of other isms: primitivism

racism, imperialism, totalitarianism, traumatism. Moving beyond the isms is the challenge that the new generation of female artists is taking up.” 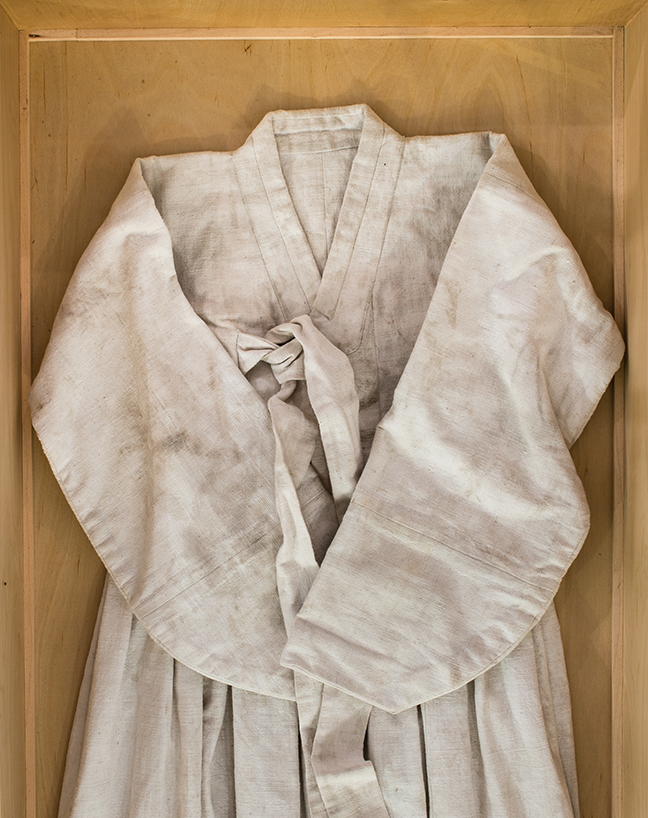 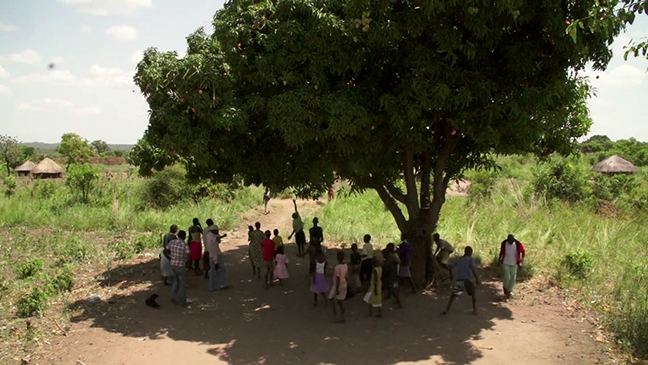 Lauren Lindberg, Under the Mango Tree

Founded in 2007 in tribute to late local artist Josiah Miles Neundorf, the Josiah Media Festival showcases shorts created by filmmakers under 21. Among URBAN-15’s signature offerings, the fest accepts submissions from around the globe, with the 2014 program rounding up entries from Brazil, Australia, Denmark, the Netherlands, Canada and 12 U.S. states to compete for prizes in narrative, animation, experimental and documentary categories. Saturday’s screening culminates with an awards ceremony and Skype conversations between out-of-town honorees and the audience. $5-$10, 7pm Thursday-Saturday, URBAN-15 Studio, 2500 S Presa, (210) 736-1500, josiahmediafestival.com. —BR 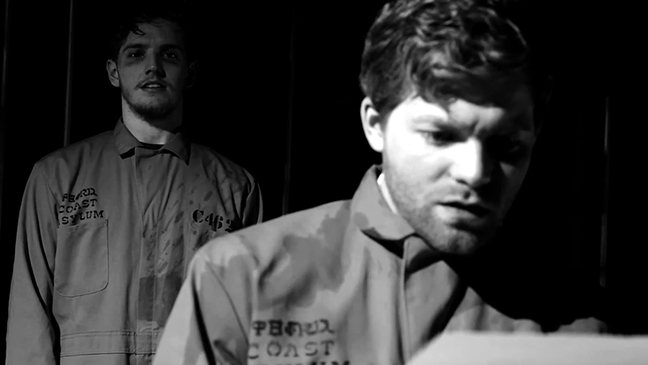 The Cooper Bros' The Fourth Wall 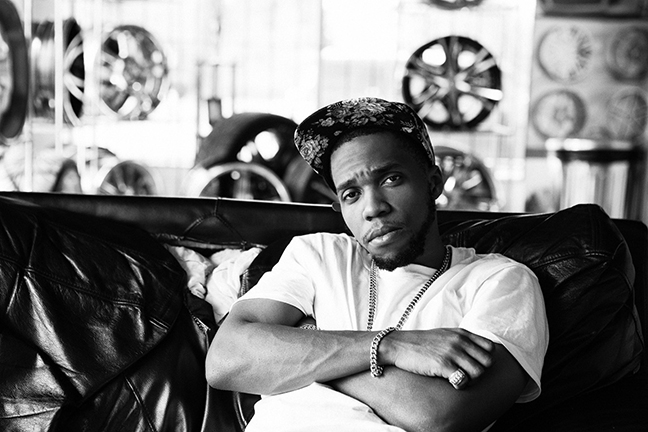 A connoisseur of twisty raps and various recreational smokeables, New Orleans rapper Curren$y seems, in some ways, not too far removed from his peers in the contemporary rap game. Where the man truly excels, however, is in the diversity of skills that he brings to his craft. His raps, dense with internal rhyme and all-around cleverness, tell his stories in a thoroughly engrossing way. The not-quite-dirty-south rapper, who has become something of an indie classic, always brings a show full of the very same gangstafied and thoughtful intensity that he puts in his recorded material. $21-$71, 8pm Friday, Backstage Live, 1305 E Houston, (210) 229-1988, dinproductions.com. —James Courtney 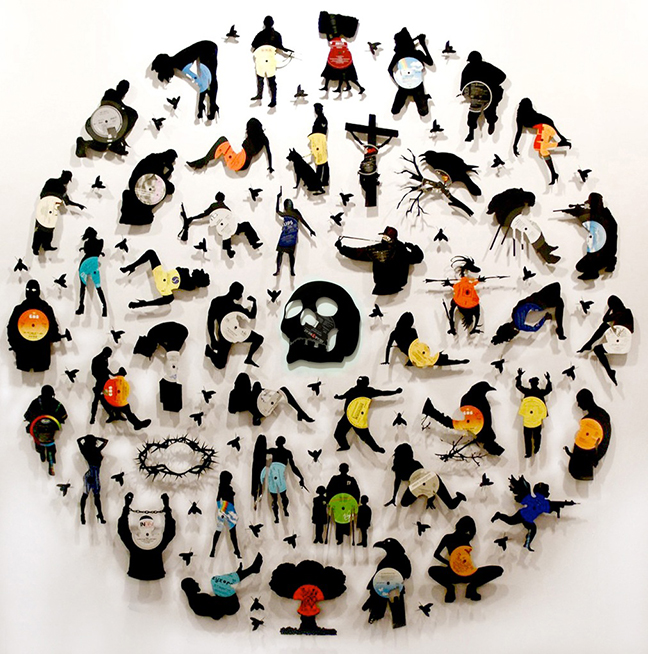 Carlos Aires, Love is in the Air (fly edition) 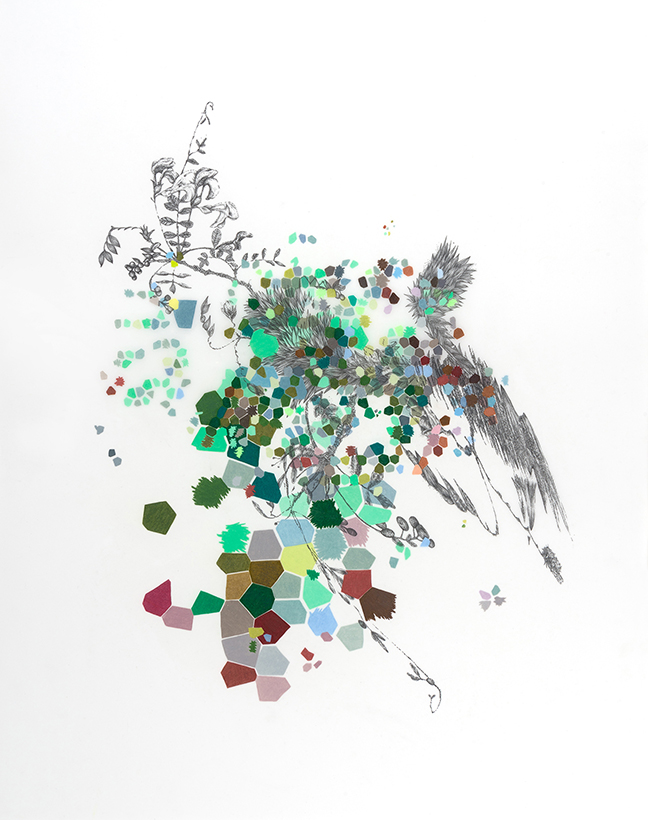 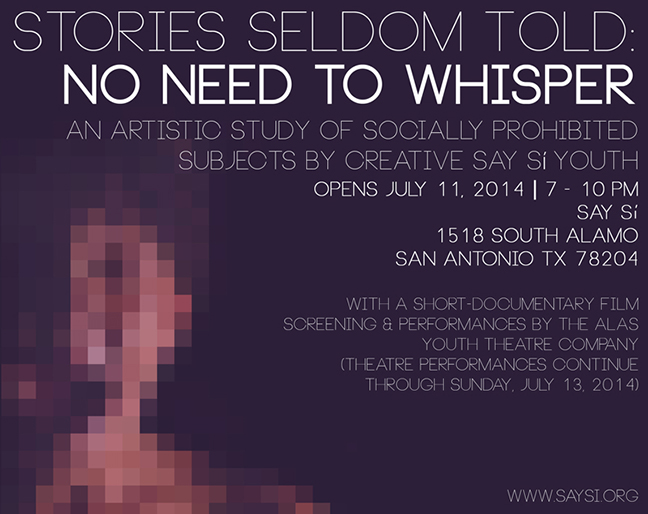 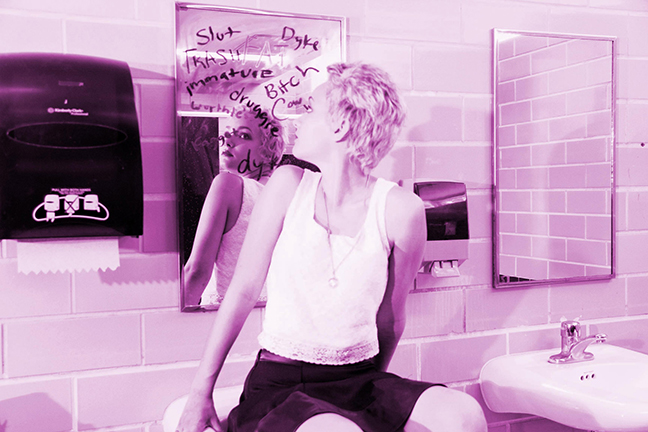 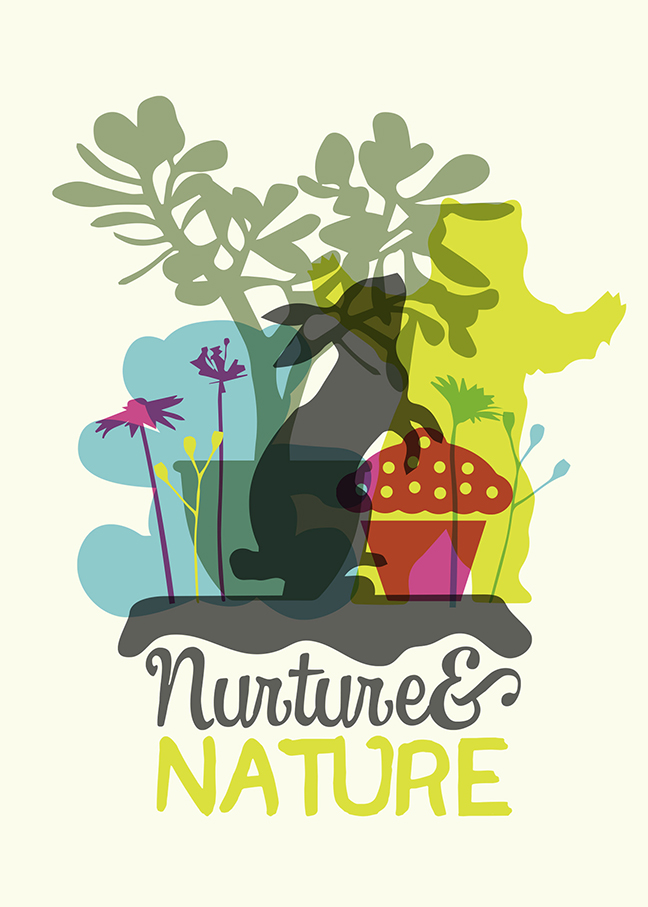 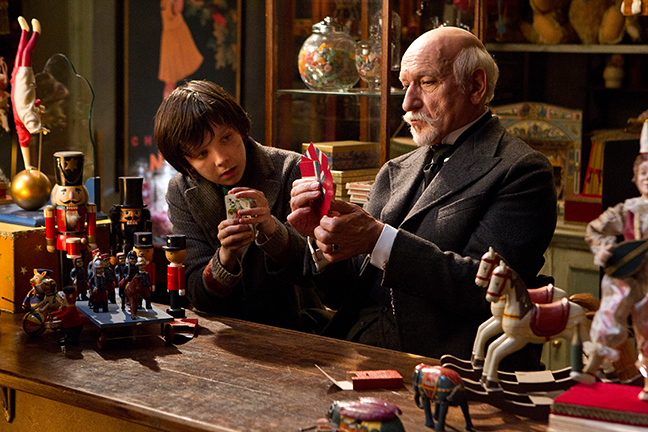 The element of surprise plays a significant role in SA’s visual art scene—and it’s not all by design. While artists routinely release abstract statements that divulge little to no practical information about materials or concepts, gallerists also often avoid spelling out specifics because they simply don’t know what to expect from artists (who are notorious masters of procrastination). Drawn “from the collections of artists, galleries and museums all over the world,” the collaborative effort “Gun Show” sets a loaded tone with its title. Yet enigmatic Epitome Institute curators Margaret L. Honeytruffle and London Idyllwild James can’t predict the contributions of Ryan Alaniz, Jill Bedgood, Nate Cassie, Kerri Coar, Jimmie Hudson, Elaine I-Ling Shen or Robert Tatum, but offer instead a few riddling lines: “Your friend is a straight-shooter. Your child is trigger-happy. Gun play is a game and shotgun is the best seat.” Free, 6-9pm Saturday, Epitome Institute, 222 Roosevelt, (210) 535-0918, epitomeinstitute.com. —BR 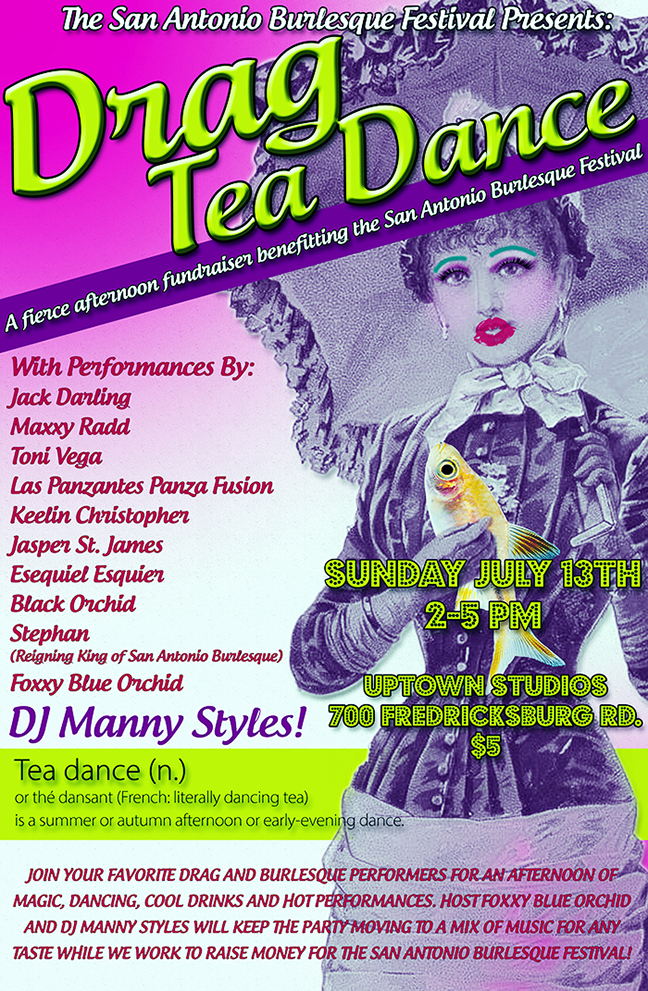