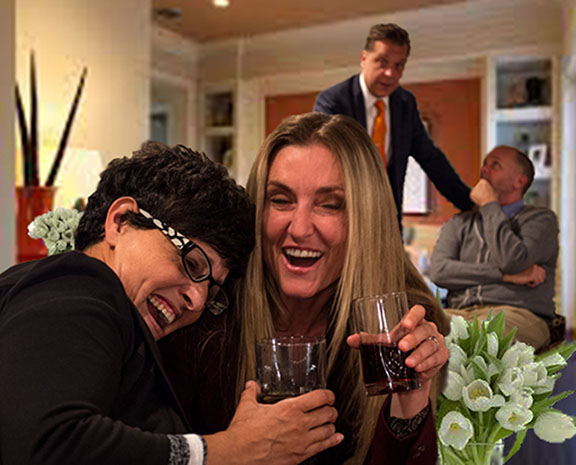 Now that AtticRep has departed the Attic Theater, the cozy perch at Trinity University where it worked dramatic magic for eight years, it might seem logical to rename the company. But Carlos Alvarez Studio Theater, the troupe’s new space within the Tobin Center, does not flow trippingly off the tongue. Asked whether a name change is likely, Roberto Prestigiacomo, the group’s artistic director, insisted: “No, we are AtticRep!”

So AtticRep begins its ninth season Wednesday as the Tobin’s resident theater company, sharing the city’s center for the performing arts with the San Antonio Symphony, Opera San Antonio, Ballet San Antonio and other groups. The move itself is doubtless enough of a challenge that AtticRep decided to revive some of its most successful productions—God of Carnage (Sept 10-14), Who’s Afraid of Virginia Woolf (Nov 12-23), True West (Jan 28-Feb 8) and The Irish Curse (Mar 25-Apr 5)—rather than create something new. ... Prestigiacomo again directs God of Carnage, Yasmina Reza’s drama of domestic mayhem in which, following a playground spat between two 11-year-olds, their parents convene to resolve things rationally. Instead, the meeting among four adults devolves into a war of all against all. “I believe in a god of carnage,” proclaims one of the fathers. Rick Frederick, Gloria Sanchez and Andrew Thornton will reprise their roles in an electric production. Because of a scheduling conflict, Renee Garvens, who appeared in AtticRep’s 2011 production of Fifty Words, replaces Christy Huffman. $18-$28, 8pm Wednesday-Thursday, 2:30om & 8pm Saturday-Sunday, Carlos Alvarez Studio Theater, Tobin Center for Performing Arts, 100 Auditorium Circle, (210) 999-8524, atticrep.org. –Steven G. Kellman

Click here to read the Current's full preview of AtticRep's God of Carnage at the Tobin. 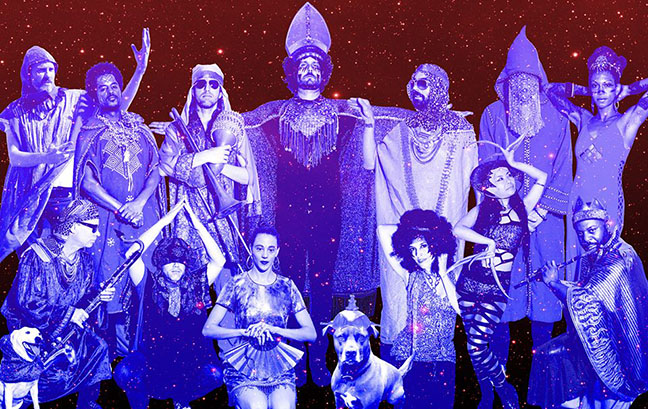 Thomas More look no further, for music festival utopia has been achieved 90 miles from San Anto. As the music festival game gets caught up in a cash-fueled racket of commercialism, homogenized lineups and beverage sales, UtopiaFest awaits with a small-town antidote. Family- and pet-friendly, BYOB, with free camping, no set times overlapping and a cap at 2,000, the 6th annual UtopiaFest is a music festival for people who hate music festivals. Thursday evening, Austin afro-psych big band the Golden Dawn Arkestra (pictured) keeps the spirit of Sun Ra alive in all its wonderful, interstellar glory. On Friday, indie-folker Father John Misty and Wu-Tang’s GZA, performing with Austin funk octet Brownout, appear to be the highlights of the evening’s action. On the all-day spectacle on Saturday, piano-rockers Cold War Kids, light-psychers Warpaint and the electronic freak-out artist Dan Deacon command the stage. $39-$149, 6pm-midnight Thu, 4pm-midnight Fri, noon-midnight Sat, 1555 Lemond, Utopia, (512) 496-2798, utopiafest.com.—Matt Stieb 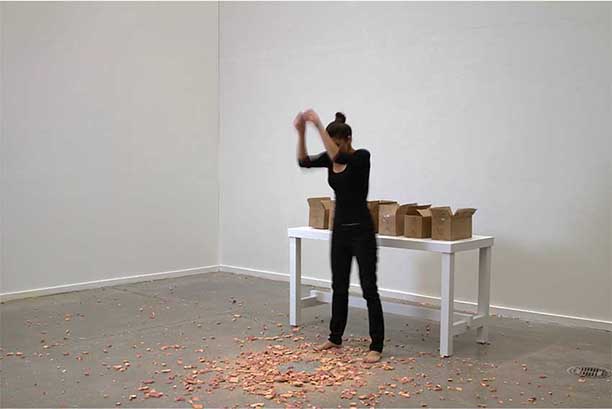 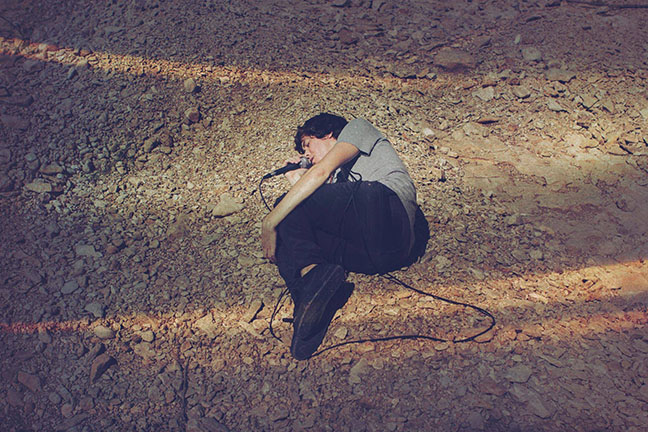 San Antonio’s Timewheel is a loose collective of third-eye seekers, electro shamans and chill vibe producers who have two big things going for them: They are impossibly young and seem to be endlessly creative when it comes to producing and marketing their respective far-out sounds. At the top of the Timewheel food chain, Something Fiction is an electro-psych outfit that masterfully blends the synthetic and the organic in colorful, opiate jams. Also repping Timewheel at Friday’s takeover of Dorçol are experimental/ambient producer DINOSAURDEVICE and trip-hop puzzler Young Air. Free, 9pm, Dorçol Distilling Company, 1902 S Flores, (210) 229-0607, dorcoldistilling.com. 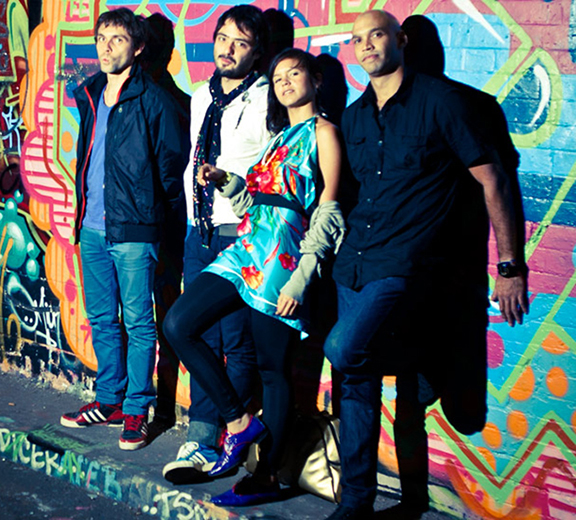 San Anto’s favorite concert series has grown into a block party. Échale!, the rad music series that showcases the best of contemporary [email protected] sounds, has moved from the Pearl Amphitheater to the space under 281, south of Pearl Parkway. To properly punctuate the move, the Echale! folks have cooked up a heady fall opening. On slate for Saturday are Colombian electro-cumbia dynamo Bomba Estereo—one of the most thrilling live acts in the world—and Panamanian via Oakland rap duo Los Rakas, whose rapid, bilingual street chronicles are strong enough to resonate across cultures and continents. Free, 1-6pm, parking lot under Hwy 281 (south of Pearl Pkwy), pearlechale.com.—James Courtney 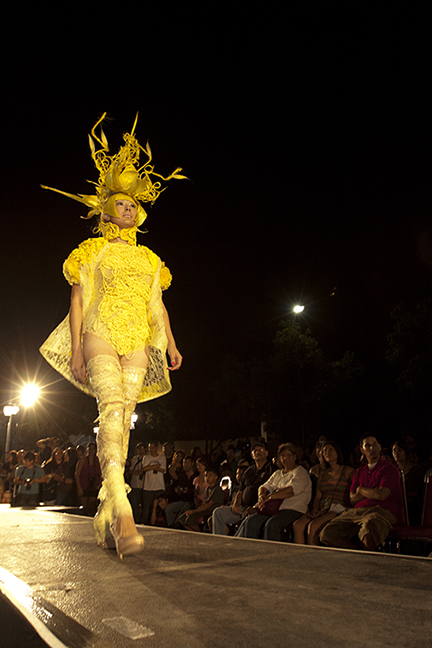 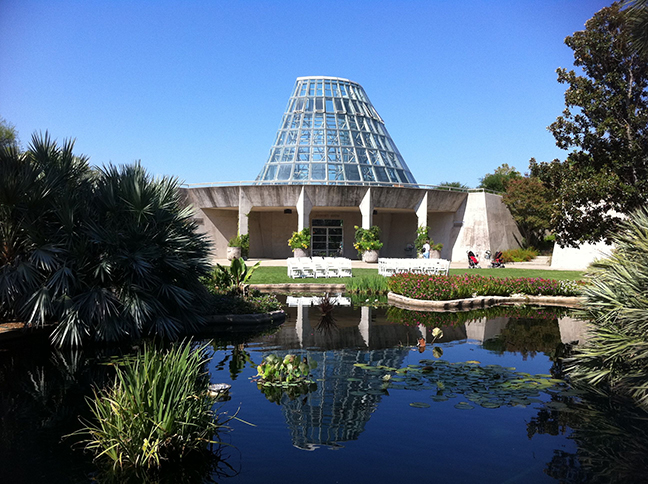 The weather is getting cooler so it’s time to check out the always-plush grass inside the Botanical Garden with a cool beverage. Walk around the 33-acre facility, sip on local craft brews and smell the hops during this installment of Brews & Blooms. Learn how you too can brew up your own suds with info via the San Antonio Cerveceros, the city’s go-to homebrewing group. Drink up blond ales, wits and palate-destroying IPAs out of local breweries and chow down on snacks from Bite Street Bistro, Yao, Sensational Salads, K-Hill BBQ and SpiceSea Gourmet. $18-$20 ($10 for designated drivers), 5:30-10pm, San Antonio Botanical Garden, 555 Funston, (210) 207-3255, sabot.org.—Jessica Elizarraras 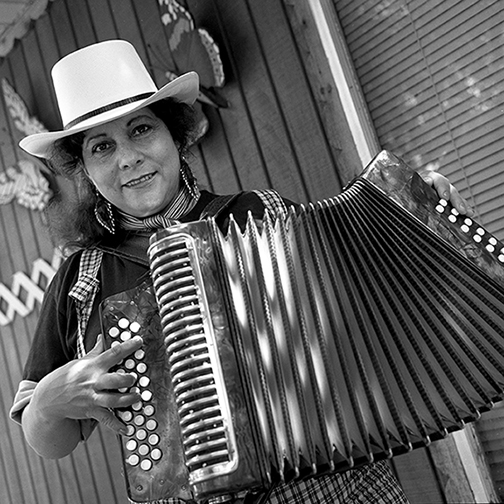 On its own merit, the accordion is a curious combination of sound creation: the platypus, the Frankenstein monster of musical instruments

But in context, this 19th-century German invention has helped breathe life into folk music throughout the world. Spin a globe, randomly stop it with your finger and there’s a good chance that the accordion has become a part of that nation’s folk tradition. “There’s a reason for that,” says Catherine Ragland, International Accordion Festival curator and ethnomusicology professor at the University of North Texas. “It’s an instrument that’s easily accessible and fairly easy to learn. It’s very adaptable. People, depending on tradition, manage to find a way.” Louisiana’s zydeco, the Central European polka, the Afro-Brazilian forró and South Texas’ own conjunto—musicians around the world have adapted their styles to receive the accordion...Founded by Austin folklorist Pat Jasper in 2001, the International Accordion Festival is a dedicated showcase of Earth’s squeezebox styles. In recent years, the IAF has been doubling down on their mission to present the accordion as a gateway to folk cultures worldwide

Popular uses of the accordion surely exist—for confirmation visit the work of the E. Street Band, Tom Waits or Arcade Fire. But for the most part, the accordion has found its home in the folk cultures of America and beyond. Because of these regional hotspots and a blue-collar tendency, Ragland says accordion cultures have a tendency to be overlooked

No, the accordion is not traditionally sexy or sleek, but that’s what helps make it an extraordinary instrument. Without the trappings of cool, accordionists are able to infuse the air-driven instrument in settings thought unimaginable. And music-lovers are able to use the accordion as a Rosetta Stone to study and soak up alien cultures. Free, Noon- 11pm, La Villita, 418 La Villita, internationalaccordionfestival.org —Matt Stieb

Click here to read the Current's full preview of the International Accordion Festival. 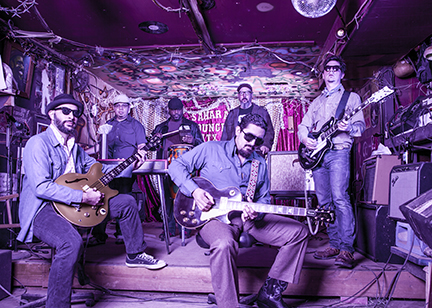 For vinyl fiends and re-issuers, finding a slice of vintage Peruvian chicha is the discovery of El Dorado in LP form. In the ’60s, when the fuzz pedals and psychedelic styles of the U.S. and U.K. met the Afro-Peruvian rhythm of the cumbia, the exciting chicha style was born. Over a charged drum and clave rhythm, a duet of fuzzy, reverbed-out guitars jam in the suave, pentatonic scale, giving the chicha a tall, dark and handsome attitude. Since 2012, Austin’s first chicha outfit, Money Chicha, has kept the music alive for us norteamericanos. Composed of members of the excellent Austin bands Grupo Fantasma, Spanish Gold, Ocote Soul Sounds and Brownout, Money Chicha’s polyrhythmic incantations are a delicacy for dancers and lovers of the Freak Out worldwide. With DJ Steven Lee Moya. $5, 9pm, Hi-Tones, 621 E Dewey, (210) 573-6220. 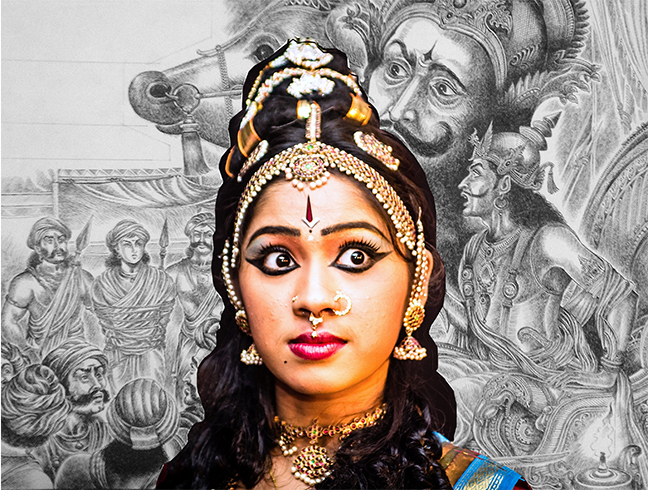