Steve Bruner (aka Thundercat) makes music that is hauntingly delicious, presenting a true postmodernist take on jazz and R&B forms. Notable first as a supremely gifted bass player and member of Flying Lotus’ Brainfeeder crew, Bruner has played bass for artists like Bilal, Erykah Badu, Kamasi Washington and, most recently, Kendrick Lamar. But his own singular sounds will be the focal point on Friday night. True to his jazz roots, Bruner will no doubt showcase myriad embellishments on the excellent music from his three solo albums, the best of which is the latest — The Beyond/Where the Giants Roam. $16, 8:30pm Fri, Alamo City Music Hall, 1305 E. Houston St., ticketfly.com. — James Courtney

From his bulldog look, tough-guy bluster and penchant for traditionally red-state viewpoints, at first glance it’s easy to take Bill Burr as the angry guy at the bar, or perhaps another outrage comic in the Lewis Black vein. But where a bit about parents hugging their children too much or owning a gun for home protection may seem to chart a predictable course, Burr then makes a hard-left for the self-deprecating, the bizarre or, more often than not, the totally original. It’s a talent he attributes to keeping his mind free to wander. “When I do a tour, I screw around a lot on stage, and try to change up jokes,” said Burr ... If you’re just going up there every night and doing the same shit, I would want to start installing cable.” Stand-up remains Burr’s primary passion, though that hasn’t stopped him from taking on all sorts of other projects. Most visibly is his Monday Morning Podcast, where a typical episode involves “Bill rambling about Hootie and the Blowfish, The Maltese Falcon and eating broccoli.” Those hour-long rants have put Monday Morning alongside WTF with Marc Maron and Comedy Bang Bang as a fixture on the comedy podcast landscape. He’s also been a regular TV presence, starting as a role player on Chappelle’s Show, and soon netting more wide-ranging roles, including Kuby, Saul Goodman’s most competent henchman, on Breaking Bad. Burr’s next move is a show of his own, an animated series called F Is for Family. Premiering on Netflix this fall, the show reimagines Burr’s own childhood growing up in the ’70s, with Burr, Laura Dern and Justin Long providing voices ... His stop at Laurie Auditorium will also mark Burr’s first Alamo City performance in two years. $35-$45, 7pm, Laurie Auditorium, Trinity University, 715 Stadium Dr., (210) 999-8117, ticketmaster.com. — J.D. Swerzenski 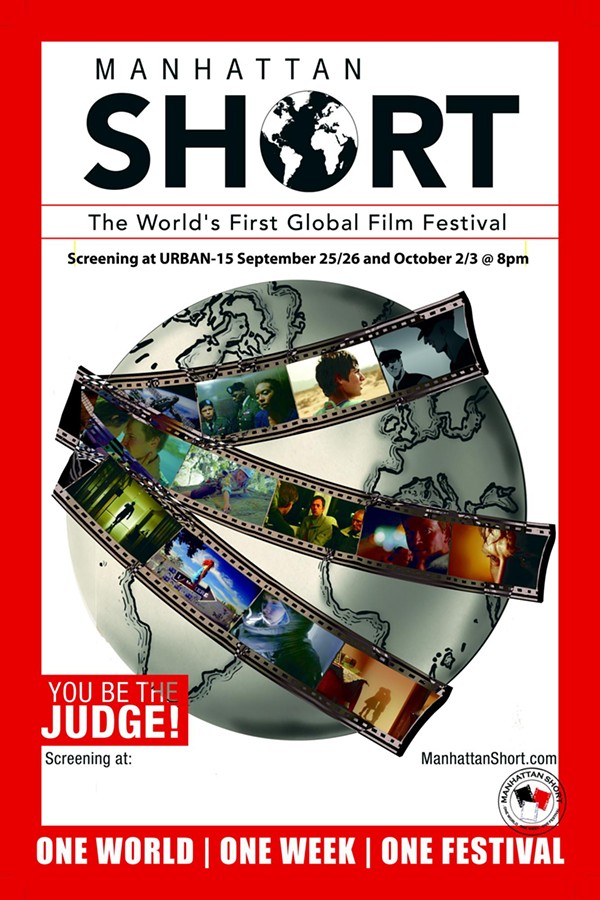 Since its inception in 1998, the world’s first global film festival has grown to include 100,000 cinema lovers participating in the judging process of films coming from 250 cities, 52 countries and six continents. This year’s finalists include the U.S. drama El Camino Solo, about a businessman who gets stranded in the desert; a Chilean digital animation called Bear Story, inspired by the filmmaker’s grandfather who was exiled from Chile during the 1973 coup d’état; and the German film Bis Gleich, about two seniors who form a unique bond while communicating from their windows. $5-$10, 8pm Fri-Sat, URBAN-15 Studios, 2500 S. Presa St., (210) 736-1500, urban15.org. – Kiko Martínez

Combining traditional folklórico dance and costuming with contemporary flair, the Guadalupe Dance Company’s newest work “pays homage to women of San Antonio and Mexico that have added to the richness of women’s history.” Developed during a weeklong residency with guest choreographer Juan Carlos Gaytan Rodriguez, assistant Director of the Ballet Folklórico of the University of Colima, Mexico, Nuestras Raices explores the culture, dance and music of Mexico, and features musical accompaniment by Mariachi Azteca de América and traditional costumes such as the "China Poblana." Staged by Gaytan, audiences can expect dances that honor iconic figures of the Mexican Revolution alongside influential San Antonio women, including the likes of actress Rosita Fernandez. $15-$30, 8pm Fri-Sat, 3pm Sun, Guadalupe Theater, 1301 Guadalupe St., (210) 271-3151, guadalupeculturalarts.org. — MC

Inspired by the spirit of the Smithsonian Museums (which are always free to visit), Smithsonian magazine’s Museum Day Live! provides culture seekers across the nation with free admission to a wide array of institutions. With more than 1,300 options, making the most of the annual initiative is as simple as creating an account at the website below, selecting a museum and downloading a free pass for two. Take in an exhibit at Blue Star Contemporary Art Museum (116 Blue Star) or the Institute of Texan Cultures (801 E. Cesar E. Chavez Blvd.) or hit the road and discover one of the 65 other participating venues in the Lone Star State. Free, smithsonianmag.com/museumday. — BR

There’s nothing funny about the endeavor of running an indie record label. And Scott Andreu and company, of the homegrown label Texas Is Funny, have been doing a mighty good job of it for five years now. On Saturday, as a part of the behemoth bash known as the San Antonio Music Awards Showcases, you’re invited to celebrate this momentous anniversary with three standout local acts from the label’s past and present. The show will feature electro-tinged indie-rock act Pop Pistol, psych-pop/rock tribe We Leave at Midnight and grungy pop-punk outfit Vetter Kids. $5, 9pm Sat, Limelight, 2718 N. St. Mary’s St., (210) 735-7775, thelimelightsa.com. — JC

Making recreational use of closed-off city streets since 1976, Colombia’s cycle-centric concept Ciclovía (Spanish for “cycleway”) has inspired adaptations across the globe, with events taking place in Argentina, Australia, Brazil, Belgium, Canada, Ecuador, New Zealand, Mexico, Peru and all over the U.S. Launched in 2011, SA’s fast-growing version Síclovía (a collaboration between the YMCA, the Mayor’s Fitness Council and others) was an instant hit and is now considered the Alamo City’s “largest free health and wellness event.” Expected to draw tens of thousands of participants, Síclovía’s latest chapter sees the car-free, kid-friendly outing returning to the Midtown East area to take over 3.25 miles of streets from Broadway to Alamo Plaza and from Nolan east to Dignowity Park. Along the route, look for designated Reclovías offering free activities, including a novice cyclist zone, Zumba, yoga, music and vendors with information on healthy lifestyles. Free, 10am-3pm Sun, Broadway between Mulberry Ave. and Alamo Plaza; McCullough Ave. and Nolan St. east to Dignowity Park, ymcasatx.org/siclovia.

Born in the Bronx, raised in Puerto Rico and based out of San Antonio, conga player Henry Brun has spent his life exploring different avenues of the Afro-Latin tradition. On his 25th anniversary album with the Latin Playerz, In Ritmo We Trust, Brun puts it all together with a thrilling command of the clave beat. For his silver anniversary, Brun invited an incredible cast to the party. His usual Playerz, like trumpeter/musical director Rudy Estrada and pianist Travis Davis, show up with bright style and a vibrant tone. Throughout the album, Davis is a monster, trading off between the soul-jazz onda of Horace Silver and the incantational salsa of Eddie Palmieri. But the special guests on the album make the party stand out as one of San Antonio’s best of the year. With Brun churning away in the rhythm section, vibraphonist Joe Caploe, trumpeter Pete Rodríguez, guitarist Joe Reyes and San Anto horn legend Spot Barnett all pitch into the rhythm. Even tejano legend Little Joe gets in on the bash, purring over the slow-cooked “Y.” $20-$50, 7:30pm Sun, Alamo Beer Company, 202 Lamar St., (210) 872-5889, artssa.org. — Matt Stieb