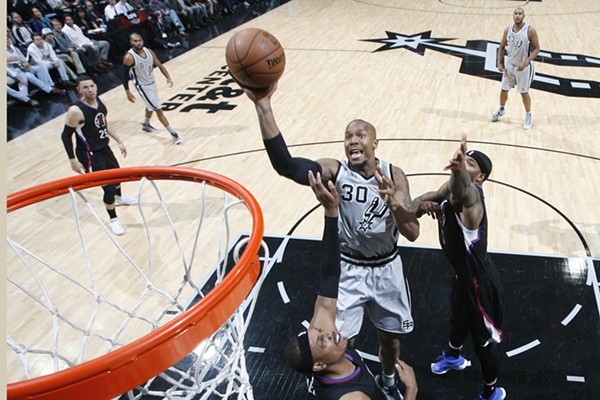 Getty Images
Boricua Carmelo Anthony makes his only SA appearance this year when the New York Knicks visit the AT&T Center, where the Spurs have been dominant. Anthony passed NBA icon Larry Bird on the all-time scoring list earlier this season, but the Knicks have collectively struggled with consistency on a night-to-night basis. The lone bright spot for New York has been the emergence of Kristaps Porzingis who is right on the heels of Karl Anthony Towns for Rookie of the Year honors. At 7’3”, Porzingis has shown deft handles and solid range, particularly for a 20-year-old in the NBA. Squaring off against LaMarcus Aldridge and David West, it’ll be interesting to see how the rookie responds to Friday’s crash course on playing power forward in the pros. $52-$220, 7:30pm Fri, AT&T Center, One AT&T Center Pkwy., (210) 444-5000, attcenter.com. — M. Solis