Send a News Tip
Thu 2/4
“Landscape Under Your Feet”

Bill Miller, Tragedy by the Sea

In the past year, Chulita Vinyl Club, headed by Claudia Saenz (aka DJ Teardrop), has carved out a space for women to share their musical tastes and talents. The SA/ATX-rooted, all-girl, all-vinyl DJ crew encourages and empowers women by creating a sense of community and reclaiming the DJ booth, an often male-dominated affair. In their first year, Chulita DJs have rocked mad shows and inspired countless ladies to trust their own musical knowledge and passion. On Friday, celebrate this powerful movement in person as Chulita Vinyl Club celebrates its one-year anniversary. Free, 10pm Fri, The Bang Bang Bar, 119 El Mio Drive, (210) 320-1187, facebook.com/thebangbangbar210. — James Courtney 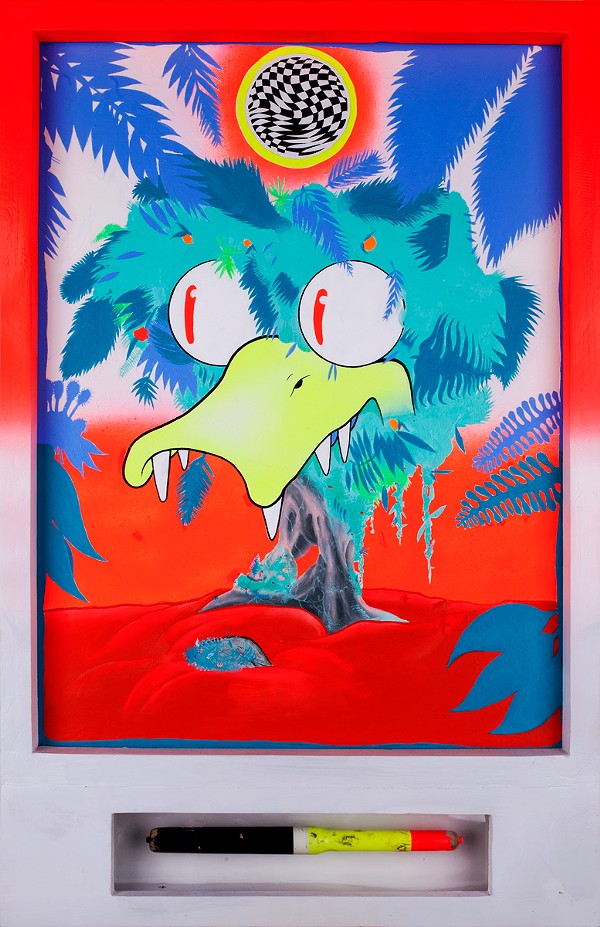 Plucked from the same raucous-billy tree as Hasil Adkins, Charlie Feathers or King Khan & BBQ Show, Bloodshot Bill is a one-man band of several men’s worth of motherfucker. This greasy-haired, palsy-lipped shoulder-rocker has swallowed the same potion as some of rock ‘n’ roll’s greatest front-folks: from Wanda Jackson to Eddie Cochran, Jerry Lee to Conway to Screamin’ Jay, Bloodshot Bill keeps up with the best of them. That’s a mighty tall order for such great company, a Long Island Ice Tea’s worth of ‘tude and hillbilly blues, a triple — which is a corny-ass way to say that Bill’s making some staggering moonshine monkey music. Right in the pocket of your little sister’s pajamas. Trailer park polk salad punk played on a bass drum, a hi-hat, guitar and what comes sailing or snarling out of his gullet, at times sweet as honeysuckle or bitter as black coffee. Recently, Bill’s stock has risen as he has gotten attention from our great white neighbor to the north, Austin. However, he will be embarrassing his mother and shaming his children with the devil’s sweet, sweet music this Saturday on the Strip. Catch him before he starts collaborating with Jack White and Pharrell in Dave Grohl’s home studio. $5, 10pm Fri, The Amp Room, 2407 N. St. Mary’s St., (210) 320-2122, theamproom.com. — Travis Buffkin

Open to all sexual identities, this unabashedly kinky weekend packs in live demos, jock auctions, a “pup mosh,” contests (Alamo City Leather and Alamo City Bootblack), vendors, performances, raffles, a photo booth, kinky karaoke and a wide array of classes — covering everything from electroplay and mummification to flogging and submission — all with proceeds benefiting the HIV awareness organization Project H.O.T. and the Leather Heart Foundation, an organization dedicated to providing financial assistance to individuals of all sexual orientations within the leather, BDSM and fetish communities. $10-$45, doors at 8pm Fri, classes at 10am, doors at 7pm, contests at 8pm Sat, The Mad Marlin, 8123 Broadway, aclfw.org.

Although often critiqued for its skimpy plot (surrounding a development scheme threatening to turn Hollywood’s long-standing Bourbon Room and its Sunset Strip neighbors into a strip mall), Chris D’Arienzo’s Rock of Ages has a knack for winning over audiences — and often bringing them to their feet. Humorously summed up by The New York Times as a “karaoke comedy about warped-vinyl dreams,” the jukebox musical employs ’80s radio hits such as “Waiting for a Girl Like You” (Foreigner), “We Built This City” (Starship), “The Final Countdown” (Europe) and “Don’t Stop Believing” (Journey) to conjure campy scenes straight out of the glory days of MTV — replete with big hair, Spandex and Bartles & Jaymes wine coolers. Christopher Rodriguez directs Brian Hodges, Amanda Golden, Isidro Medina and Anthony Cortino in the Woodlawn’s production. $17-$26, 7:30pm Fri-Sat, 3pm Sun, The Woodlawn Theatre, 1920 Fredericksburg Road, (210) 267-8388, woodlawntheatre.org. Through March 6. — BR

Siggi Ragnar
After finding surprise success with their 1970 concept album Jesus Christ Superstar, composer Andrew Lloyd Webber and lyricist Tim Rice developed the rock opera into a spirited Broadway production based loosely on the last week of Christ’s life. Sung through in slang-infused show tunes — including the groovy “What’s the Buzz,” title track “Superstar” and torch ballad “I Don’t Know How to Love Him” — the groundbreaking musical presents Christ as something of a celebrity sell-out while shining a forgiving light on his betrayer Judas Iscariot. Rick Sanchez directs The Playhouse’s production. $12-$30, 8pm Fri-Sat, 3pm Sun, The Playhouse, 800 W. Ashby Pl., (210) 733-7258, theplayhousesa.org. — BR

Without older brother Abraham, the Selena catalog would be a few cuts short of a greatest hits CD. In addition to his slightly corny and totally awesome production talent, A.B. is responsible for penning “Como La Flor,” “Amor Prohibido” and “No Me Queda Más.” After the loss of his sister, Quintanilla doubled down on the rhythm that made his family a household name, founding Los Kumbia Kings and Kumbia All Starz. As the frontman of his current nonet, Quintanilla trades out the family-friendly image of Los Dinos for leather and ink. Naturally, his irresistible rhythmic sense hangs tough. $15, 8:30pm Sat, 210 Kapone’s, 1223 E. Houston St., (210) 279-9430, 210kapones.com.
— Matt Stieb 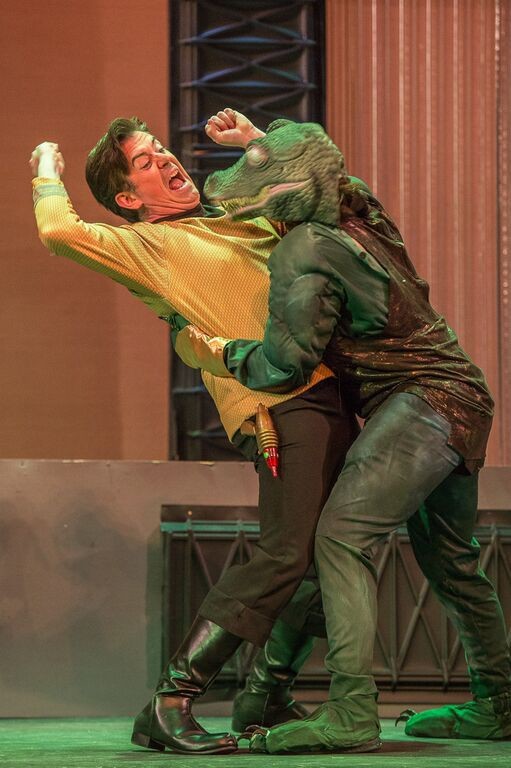 The mashup, most closely associated with DJs and mixtapes, typically consists of fusing two seemingly incongruous pieces of music and creating a wholly new piece, with the added benefit of calling into focus certain key elements in the originals. This weekend, experience an unexpected level of mashup as Opera Piccola of San Antonio blends the Star Trek universe with one of Mozart’s most far-out operas: Abduction from the Seraglio. The degree of rewarding intertextuality between the two worlds remains to be seen, but the mere concept is pure genius. $15-$35, 8pm Sat, 2:30pm Sun, Charline McCombs Empire Theatre, 226 N. St. Mary’s St., (210) 226-3333, operapiccolasa.com. — JC