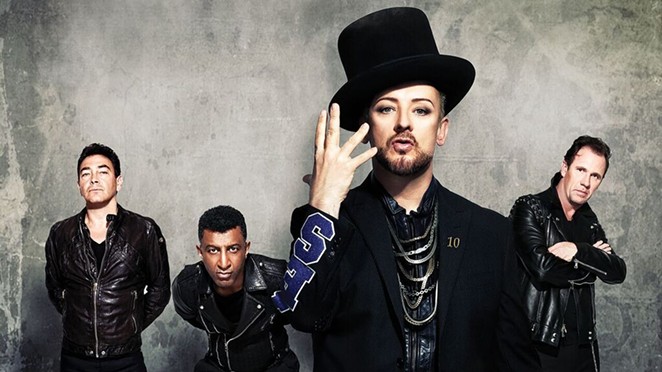 “It’s a Miracle” that a band calling themselves Culture Club and meaning it — a band fronted by Boy George and featuring a lineup that looks almost as diverse as a genre gumbo like “Karma Chameleon” sounds — even made it to American airwaves in the uptight ’80s (hell, it’d be a miracle in 2016), and forget about releasing three consecutive platinum albums in as many years, including ’83’s Colour by Numbers which went platinum four times by itself. And it’s a miracle that 30 some odd years later, after all the public and personal setbacks, accusations, rumors, threatened lineup changes, delayed albums and medical scares, we can still join the Club (the whole Club, with no holograms or 25-year-old stand-ins) for a live two-night dance party. It’s a miracle, it’s a miracle, it’s a miracle. $46.50-$175, 7:30pm Thu, Tobin Center for the Performing Arts, 100 Auditorium Circle, (210) 223-8624, tobincenter.org.
– Jeremy Martin