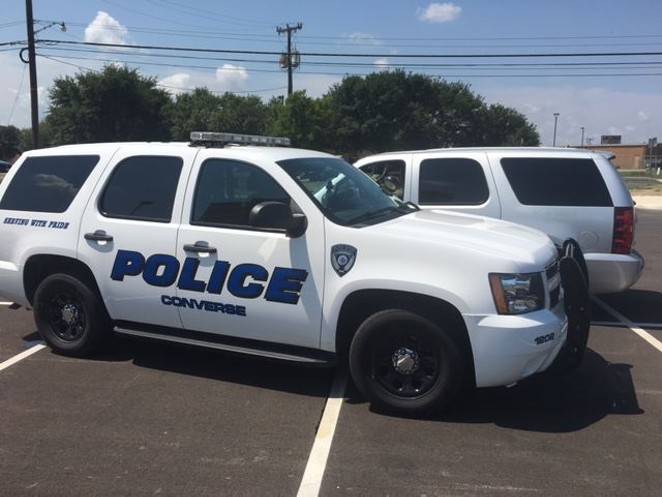 Facebook / Converse Police Department
A 10-year-old boy was taken into police custody Tuesday afternoon after he reportedly stole a truck and led officers on a chase.

Converse police spotted a black Toyota Tundra driving "recklessly" in the San Antonio suburb just before 1:30 p.m. Tuesday, according to a KSAT report. As the truck headed down the road, authorities said the driver lost control and struck a vehicle parked a driveway.

An officer attempted to approach the truck, but the driver backed into the officer's patrol unit and drove off. Authorities gave pursuit, even attempting to spike the truck's tires. Eventually, the driver swerved into oncoming traffic, struck a tree and wrecked in a ditch.

The driver was later identified as the 10-year-old child, who tried to flee the crash site but was quickly apprehended.

Later, police received a stolen vehicle report matching the description of the Tundra. Authorities said the child could face charges, including evading arrest in a motor vehicle as well as vehicle theft.