20 of the most controversial people with ties to San Antonio

There are plenty of famous people with ties to San Antonio, but not all of them have pristine reputations. Even though we're good at chisme in the 210, some of the people on this list still might surprise you — like an infamous serial killer.

From scandal-embroiled social media stars to ex-Spurs we love to hate, we rounded up some of the most interesting San Antonio-associated folks who have stirred up hot gossip.
Scroll down to view images Carole Baskin
Born in San Antonio in 1961, Carole Baskin was the intended victim of a murder-for-hire plot allegedly hatched by Joe Maldonado-Passage, a.k.a. “Joe Exotic.” When Netflix’s splashy docuseries Tiger King debuted in March 2020, viewers fixated on the would-be victim, but not because of the planned crime described by authorities. Instead, it was Baskin’s relationship with her second husband, millionaire Don Lewis, that captivated many Tiger King fans. In the series, relatives of Lewis, who disappeared in 1997 and was declared dead in 2002, told interviewers that they thought Baskin might have had something to do with his disappearance. For his part, Exotic stoked the flames, claiming that Baskin fed Lewis to tigers, and after the series premiere memes and conspiracy theories abounded online. For her part, Baskin has denied having anything to do with Lewis’ disappearance.
Photo via Netflix / Tiger King

Rodney Alcala
San Antonio loves to claim big names who were born here, but we may be loath to admit that Rodney Alcala is "one of ours." On September 13, 1978, Alcala won a date with Cheryl Bradshaw on The Dating Game, which would be small potatoes in the annals of television history were it not for the fact that by that time authorities said he'd already begun a killing spree. In 1979, Alcala was arrested in association with the murder of 12-year-old Robin Samsoe. He was later sentenced to death in California for five murders committed between 1977 and 1979. In 2013, he pled guilty to two additional murders committed in New York in 1971 and 1977, for which he was sentenced to an additional 25 years to life. However, some believe that his true victim count may be much higher, in part due to a cache of photos authorities found of women and teenaged boys, many of whom remain unidentified. For her part, Bradshaw didn't go on that date with Alcala. "He was acting really creepy," she told the Sunday Telegraph in 2012. "I turned down his offer. I didn't want to see him again."
Photo via ABC Television Taylor Nicole Dean
PetTuber Taylor Nicole Dean grew up in San Antonio, and was homeschooled throughout high school. She rocketed to popularity with videos showing viewers her numerous pets, ranging from adorable hedgehogs to exotic reptiles. With attention from celebs like Ellen Degeneres and even a glowing 2016 profile in the Express-News, everything seemed to be coming up roses for Dean, but that didn't remain the case. In past years, other viral pet-raising stars claimed that Dean was neglecting her animals, somtimes resulting in death. Additionally, Dean's then-boyfriend, musician Johnny Craig, was embroiled in several scandals, including multiple accusations of sexual assault and getting kicked out of his band Slaves. In August of 2019, Dean posted an hour-long video entitled "I'm a Heroin Addict. (The Truth About Everything)" in which she revealed her struggle with drug abuse. However, she has maintained that accusations of animal neglect and death are untrue, and that she instead rehomed certain animals when she went to rehab.
Photo via YouTube / Taylor Nicole Dean

Brad Parscale
After running the digital side of Donald Trump's 2016 campaign, including its voter-suppression component, San Antonio web designer Brad Parscale was bumped up to the position of 2020 campaign manager. He was a controversial Twitter presence, calling the media "the enemy of the people" and likening the Trump campaign apperatus to the Death Star. His public fall came in September when police arrested Parscale at his home after his wife called, saying he was threatening self harm. He's since stepped away from the campaign.
Photo via Wikimedia Commons / Gage Skidmore 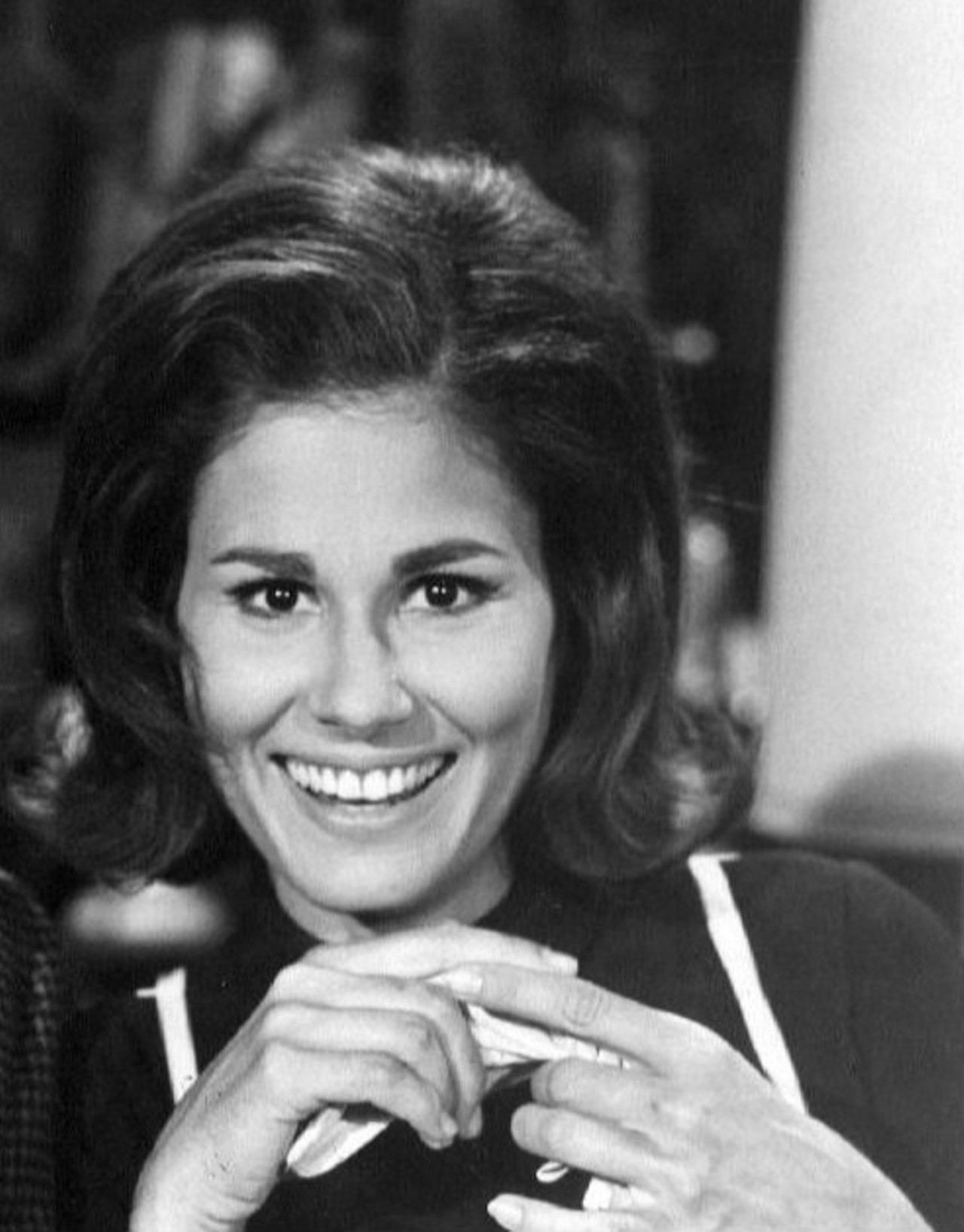 Ann Prentiss
Born Elizabeth Ann Ragusa in San Antonio in 1939, Ann Prentiss adopted the same stage name as her famous sister, Paula Prentiss, in a alleged bid to capitalize on her sibling's success. Things did not end well for Ann — she died in prison in 2010 after a 1997 conviction for an attack and threats against her own family members. According to San Pedro, California's News-Pilot, Prentiss was sentenced to 19 years and four months on charges of making terroristic threats, assault with a firearm, solicitation to commit murder and misdemeanor battery in what the paper described as a "reign of terror against her family." According to testimony in Santa Monica court, she allegedly struck her father with a flashlight and fired a .38 revolver at him in his Beverly Hills apartment. The other charges arose from Prentiss' alleged threats to kill her father, as well as her nephew and brother-in-law, actor and director Richard Benjamin. In a 2018 interview with Texas Monthly, Paula told reporter Tom Carson that she attempted to reconcile with Ann before her death, "but that wasn’t where she was at in her head."
Photo via ABC Television

Todd White
A San Antonio native that went to John Marshall High School, Todd White made his name in Hollywood with work on iconic cartoon series including Tiny Toons and Ren & Stimpy, going on to serve as the lead character designer for SpongeBob SquarePants. White later left animation, concentrating on his skyrocketing solo art career. However, in 2011 things took a turn for the wild, as his longtime gallerist Peggy Howell accused him of shaking her down with hired "goons" and stealing his own art from her. Vanity Fair laid out a confusing web of accusations in a 2012 article, which details White's claims that Howell was selling forgeries of his giclée prints and that he'd solicited the help of his lawyer and two friends from his martial arts gym to confront her and retrieve his work. According to Vanity Fair, just prior to the article's publication, Howell and White reached a confidential legal settlement.
Photo via Wikimedia Commons / Jonathan Ales

Dennis Rodman
The Spurs had high hopes for fierce rebounder Dennis Rodman when came to the team in 1993, but it soon became clear he didn't fit well with then-coach Bob Hill. After clashes with the front office over his increasingly erratic behavior, the team traded him to the Chicago Bulls. Rodman, now retired has continued to be a source of controversy, traveling to North Korea and meeting dictator Kim Jong-un, whom he called a "friend for life."
Photo via Instagram / 90smilk

Ian Carter, a.k.a. iDubbbz
Maybe it shouldn't be surprising that a YouTuber famous for his so-called "Content Cop" videos and a diss-track titled "Asian Jake Paul" courted controversy. Ian Carter, a San Antonio native known online by the moniker iDubbbz, regularly gets millions of views on his videos, which include series titled "Kickstarter Crap," "Bad Unboxing" and, of course, the infamous "Content Cop." In 2017, after fellow YouTuber Tana Mongeau criticized Carter's use of the n-word in a tweet, Carter set his sights on her, in part due to her past use of the slur. The online feud culminated in Carter attending a meet-and-greet with Mongeau and gleefully proclaiming "say [n-word]!" during a photo op with her, all in the lead up to a "Content Cop" video about what he deemed Mongeau's hypocrisy. Notably, he defended his own use of the slur in the video. Fast forward to 2020, and Carter has been embroiled in an all-new controversy, but this time it's because his girlfriend started an OnlyFans. With people falling over themselves to label Carter a "simp" and "cuck," notorious YouTuber PewDiePie — himself the center of multiple anti-semitic controversies in past years — rushed to his defense.
Photo via YouTube / iDubbbzTV

Joseph Gottschalk
Gottschalk became known as "Thong Man" in 2003 after his bike rides around the Alamo City wearing just a thong drew international media attention. His bodily display made him a local celebrity but also disgusted plenty of residents. He racked up an indecent exposure charge at the height of his fame after riding around with a "tan bag" over his junk but his anus clearly visible. He never made it to trial to defend himself — his naked body was discovered by hikers in Big Bend National Park at the bottom of a 100-foot drop in June 2003, and his death was later ruled a suicide.
Photo by Julie Barnett 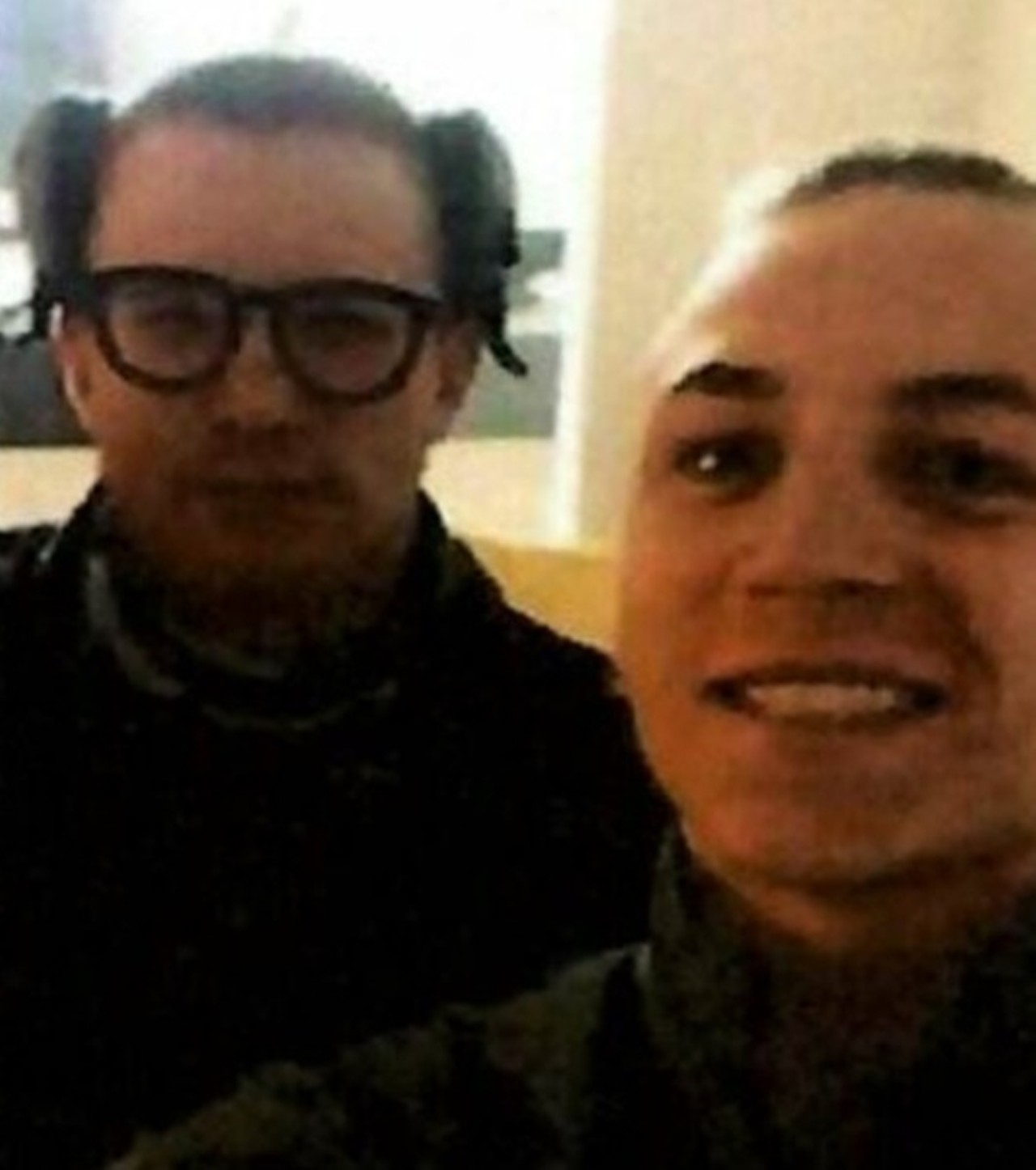 Ivan Harrison Hunter
Federal authorities charged Hunter, a 26-year-old Boerne resident, in October with crossing state lines to incite a riot during the Minneapolis protests that followed the police slaying of George Floyd. Hunter, whom federal authorities identified as a member of the far-right Boogaloo Bois, is accused of firing 13 rounds at the Minneapolis Police Third Precinct with an assault rifle. He's also accused of looting the building and helping light it on fire. Hunter is on the left in this photo.
Photo via United States Attorney’s Office, District of Minnesota