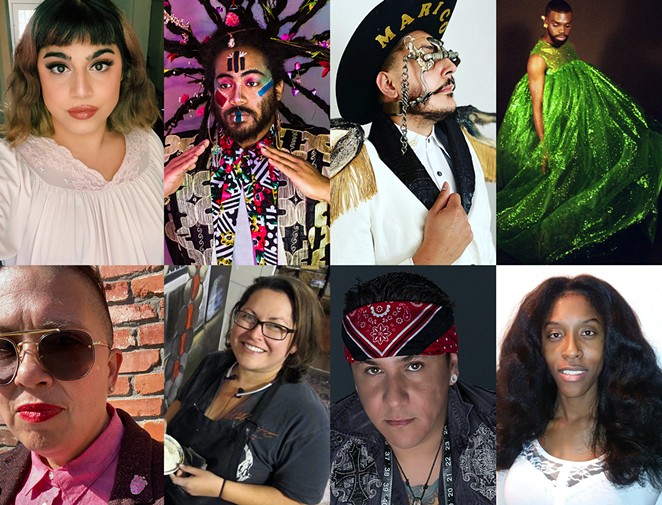 This year marks half a century since the Christopher Street Liberation Day March commemorated the first anniversary of the Stonewall Riots — the New York uprising that birthed the gay rights movement and LGBTQ+ Pride celebrations around the world.

Sadly, Pride in the modern era frequently focuses on hedonism and rainbows while neglecting to recognize Stonewall’s history as a violent protest over police routinely raiding gay bars and harassing the community. With the world entangled in both a global pandemic and protests over racial injustice and police brutality, we reached out to 40-plus LGBTQ+ San Antonio creatives to ask them how Pride should be observed this year, how identity shapes their work and what role they see artists playing within the realm of politics.

Twenty-five people responded to our questionnaire, which asked participants to answer at least three questions from a series of six.