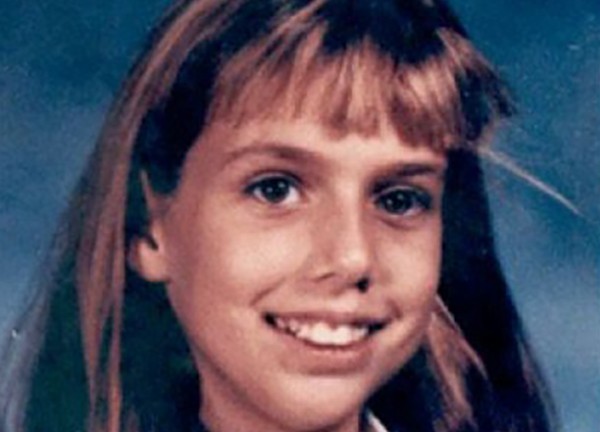 File Photo
After 25 years, the disappearance and murder of Heidi Seeman remains unsolved.

Just over 25 years ago, an unknown assailant kidnapped and killed a little girl.

On August 4, 1990, 11-year-old Heidi Seeman went missing while walking home on Stahl Road after spending the night at a friend’s house. The child’s disappearance shocked San Antonio, prompting thousands of volunteers to launch a three-week search stretching across 1,200 square miles.

The search ended in tragedy when Heidi’s body was found wrapped up in trash bags more than 60 miles away in the town of Wimberley. She had been raped, strangled and killed before being dumped. The culprit has never been found.

The case went cold, but hasn’t been forgotten.
click to enlarge 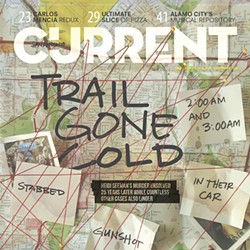 Between 2000 and 2007, Saidler worked for the San Antonio Police Department – including investigating Heidi’s murder.

“All of our cases, especially involving children … are very disturbing to the community and to the officers who work to solve those cases,” Saidler told the San Antonio Current last week.

However, a quarter-century later, Heidi’s kidnapping and murder are still in the mind of many San Antonians. The Texas Rangers, the investigative branch of the state Department of Public Safety, feature her as one of the agency’s top 12 cold cases.

“The Rangers have been working with the San Antonio Police Department since 2007 at the request of former SAPD Chief (William) McManus, and they continue to work together to solve this case,” DPS spokeswoman Summer Blackwell said in a statement.

“Part of working together includes sharing and investigating any tips or information reported along with looking for new ways to test or retest any physical evidence,” she said.

In 2013, DPS created the Texas Rangers Unsolved Crimes Investigation website, which prompted an increase of tips about Heidi’s case. Blackwell said each of those tips was investigated.

“All agencies working this investigation are hopeful that we will find other evidence or receive a tip that will help crack this case,” she said.

However, cracking a cold case is no easy task. And Heidi’s is one among hundreds in Bexar County. 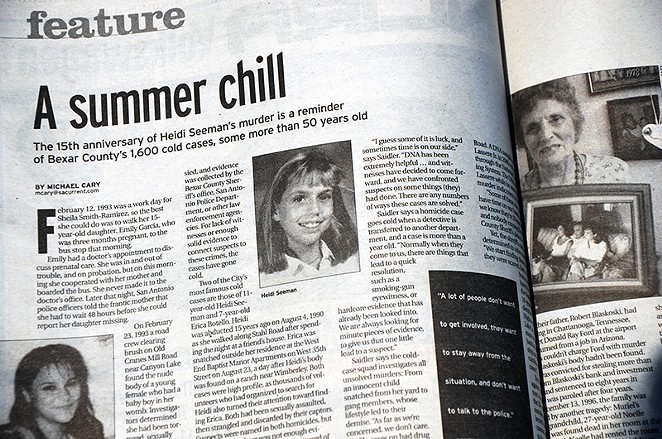 When he worked for the SAPD as a cold case detective, there were around 1,600 unsolved murders dating back to 1952.

The Current reached out to SAPD for information and interviews on their cold case files, but the department did not get back to us as of press time.

“There’s a new way for us to get fingerprints. The old way, we had to have a suspect name and have a fingerprint examiner do a one-to-one comparison,” Saidler said. In the new system, authorities can submit a print to a database, which can produce immediate potential hits.

In 1981, authorities found a female teenager shot to death by I-35 in Comal County. Twenty-eight years later, DNA technology identified her as 18-year-old Carol Joyce Deleon, who graduated from Thomas Edison High School just days before she was murdered. So that’s one step toward closure. But her killer remains on the loose.

Saidler recalled a woman contacted him after seeing the SAPD’s cold case website about an unsolved murder 26 years after the murder took place.

“She was able to help us and we ended up getting a conviction,” he said.