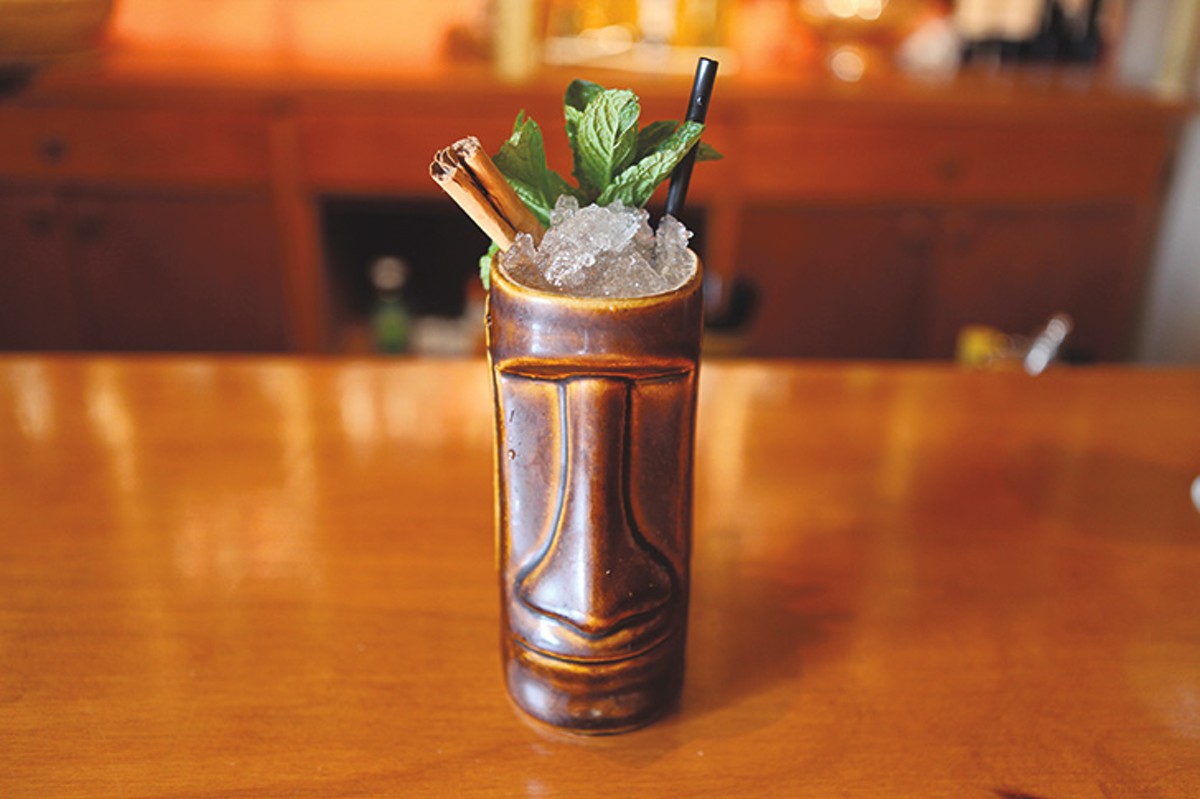 Tiki cocktails — from Brooklynite to Concrete Jungle — weren’t a staple until recently .

San Antonio is relatively new to the cocktail revolution — but not as late to the party as we often are thanks in no small part to the intelligent imbibers and their alumni at Bohanan's, their late, lamented cocktail consultant, Sasha Petraske, and the Cocktail Conference they stirred up together. Here, in no particular order, are five cocktails/methods that most of us hadn't heard of/tasted/even considered possible in those dark B.C. (Before Cocktail) days.

The re-tuned Tiki: Sure the Tiki drink, all orchid-bedecked and tiny umbrella-topped, has been around since the days of Don the Beachcomber (actually born a Texan, by the way), so it's not that we didn't know some old standards. But we weren't both revering and reinventing them until true Tikiheads, such as Bohanan's alumnus Jeret Peña, burst on the tropical drink scene with Tiki Tuesdays at the Brooklynite. (The otherwise somber 'tenders at Bohanan's have been known to shed their suits for Hawaiian shirts on occasion as well.) More than just an excuse for florid fabrics and kitschy mugs, these drinks thoughtfully reworked what had become a clichéd category with house-made orgeat, sundry infusions, spice tinctures ... and booze beyond Sailor Jerry's. Try the Desert Island Mixtape and welcome to the new C.E. (Cocktail Era).

Barrel-Aged Cocktails: It's not that we were already intimate with the New Orleans-inspired Vieux Carré; for that matter, this classic drink of rye, cognac, sweet vermouth, Benedictine and bitters had even fallen from favor in the Crescent City. But when Christopher Ware introduced it to the Alamo City he did so with a bang — or rather a barrel, using it as the first in a series of barrel-aged cocktails he trotted out to acclaim at the shuttered Arcade Midtown Kitchen. It was instructive to taste the freshly made cocktail next to one with some age on it — and it was a toss-up as to which was the better. Now the head honcho at Paramour, Ware is reprising his barrel program there; the aged Old Fashioned has already become a go-to fave, served over large-format ice (another compulsory component we were blissfully unaware of until a couple of years ago), of course.

Alternate Delivery Systems: If booze can be barreled, it can also be bottled, and several local bars have taken to doing just that. The approach varies, to be sure. At Barbaro, seasonal sodas are created and capped, with the intent of pairing them with a range of liquors — say salted watermelon to be mixed with gin, mezcal, tequila or vodka. Bottled drinks with booze included have been done at Blue Box, Cured and for special events at Dorcol Distilling Company. Consistency and quicker service during slam time is the biggest advantage, which is shared with pre-made cocktails pushed through pressurized lines — with no appreciable loss in quality if the drink to be dispensed is carefully considered. Unless you prefer a different ratio for the classic Negroni, for example, (it's usually equal parts gin, sweet vermouth and Campari), there's no reason not to order one on tap at The Last Word. Ware will be doing his own tapped 'tails at Paramour as well.

Make Mine Mezcal: San Antonio is not alone in its recent, come-to-cuixe (a mezcal varietal) conversion — in fact, we may even be a little ahead of the curve on this one thanks to pioneers such as Houston Eaves at The Esquire and Mezcalería Mixtli. I usually prefer this smoky, sultry spirit straight, a concept that itself might have been almost unthinkable until recently, and both of the above bars have superb selections distilled from different agaves, making slow sipping an adventure in terroir trotting. But using it in cocktails can also pay off big time — even in simple drinks such as Mexico's mainline Paloma, usually a mix of tequila and grapefruit soda. For the introduction to not only espadin mezcal but also to Cocchi Americano and xtabentún (Google these, please), try Esquire's Texecutioner. Look to Mezcalería for, say, another espadin shaken with pineapple, lime, chile-inflected Ancho Reyes and piloncillo in the Humo Empiñado.

The Aviation: There is some confusion about this venerable cocktail — at one point it apparently contained both crème de violette and maraschino liqueur along with gin, then the violette got dropped, only to have the drink come back with violette and gin, sans maraschino, in the guise of a Blue Moon. The fact that both crème de violette and its analog, Crème Yvette, were unavailable for a long period of time didn't help matters. Today, most San Antonio bartenders at all familiar with the Aviation, a personal favorite, will go back to the old formula with both liqueurs. The drink is a gorgeous grayed violet color, has a haunting flavor lifted by lemon juice and is deceptively potent. Toss the term out to your favorite bartender and see what he or she does with it. If you get a blank stare, consider changing bars — we've come that far.