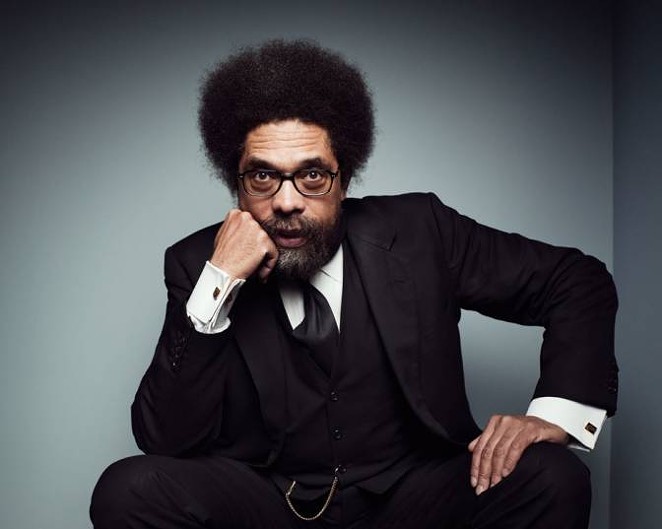 First Unitarian Universalist Church of San Antonio hosts a video presentation of philosopher, activist and author Dr. Cornel West’s recent lecture at the UUA General Assembly in Portland, Oregon. Immediately following, representatives from the local chapter of the NAACP and the SAPD will engage in a dialogue about West’s lecture as well as race relations in San Antonio. Free, 7pm Tue., First Unitarian Universalist Church, 7150 I-10 W, (210) 344-4695, uusat.org.

After five successful weeks of screenings in June, which took audiences across 50 years of film — from 1925’s The Freshman to 1975’s Picnic at Hanging Rock — Texas Public Radio’s Cinema Tuesdays starts July with a presentation of 15 short films nominated for Academy Awards in February in their respected Animated, Documentary and Live-Action categories. The lineup includes the three winning shorts from each group: "Feast" (animated), Disney’s tale of a Boston terrier puppy who develops a bond with his owner through an insatiable taste for the food they share; "Crisis Hotline: Veterans Press One" (doc) about the staff working at the U.S. Department of Veteran Affairs suicide hotline; and what could be considered a companion piece to "Crisis, The Phone Call" (live-action), about a suicide counselor (Sally Hawkins) attempting to dissuade a depressed stranger (Jim Broadbent) over the phone from killing himself. Other favorites include the Polish doc "Our Curse," about a family’s emotional struggle with their newborn’s rare disease, as well as French-Israeli live-action drama "Aya," about a woman who picks up a stranger from the airport pretending to be his driver. $10-$15, 7pm Tue., Santikos Bijou Cinema Bistro, (210) 614-8977, tpr.org.

Wednesday, July 8
¡BRAVO! An Evening of Song and Dance