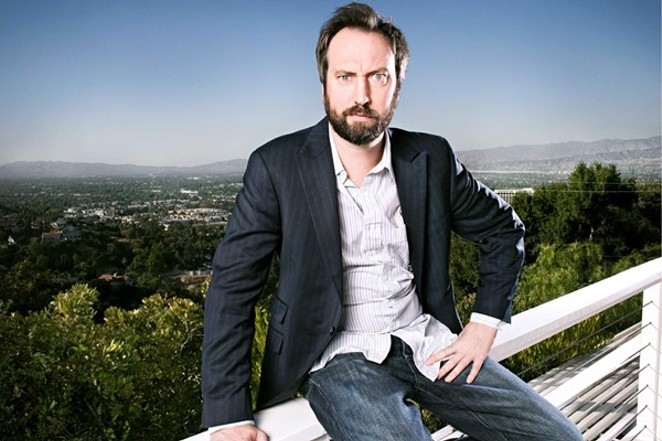 Sidelined from making his stand-up début in San Antonio in late June because of a serious spider bite that kept him hospitalized in Canada for an entire week, comedian Tom Green, best known for his hilariously immature antics on MTV’s The Tom Green Show in the late ’90s, has healed up nicely and will take the stage to deliver what he says is sure to be a “crazy, fun, high-energy show.” Along with his return to stand-up, which he put on the backburner to pursue film and TV work at the height of his career, Green has been busy transforming himself into a brand. From his interactive subscription-based internet talk show Webovision to The Tom Green Radio Show (technically a podcast) to reaching his fan base by going live on social media and exhibiting an obvious addiction to donuts, Green is taking command of every platform he can find. “I consider what I’m doing right now to be the future of comedy,” Green, 44, told the San Antonio Current during a follow-up phone interview last month. “I feel like we’re doing something that’s on the cusp of becoming very mainstream.” Read our June interview with Tom Green here. $20, 7pm, Mon., Rivercenter Comedy Club, 849 E. Commerce, (210) 229-1420, rivercentercomedyclub.com