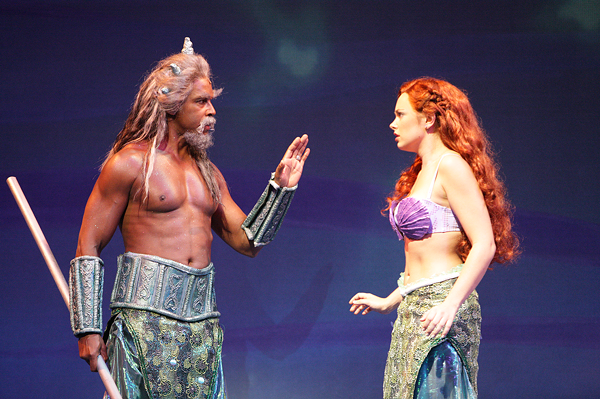 Courtesy
Following a wistful mermaid with big dreams of sea legs, The Little Mermaid makes its San Antonio debut in a weeklong engagement. With a vibrant cast of both swimming and land-lubbing characters, the musical illustrates just how far a girl will go to get what she wants most. In its translation from the Disney screen to the stage, several characters got the ax — including Eric’s beloved sheepdog Max and Ursula the sea witch’s bodacious alter ego Vanessa. Theatre Under the Stars’ production comes straight from Houston, where it was recently remounted following rave reviews in 2014. $30-$125, 7:30pm, Tue./Wed., The Majestic Theater, 226 N St. Mary's, (210) 226-5700, majesticempire.com