9 Feature Films to Add to Your CineFestival Schedule

From punk-rock garage bands in South Texas to the untimely death of a beloved San Antonio artist, here are nine feature narratives and documentaries to catch at the 40th annual CineFestival. For a complete schedule of the films screening at this year’s fest, visit guadalupeculturalarts.org/cinefestival. 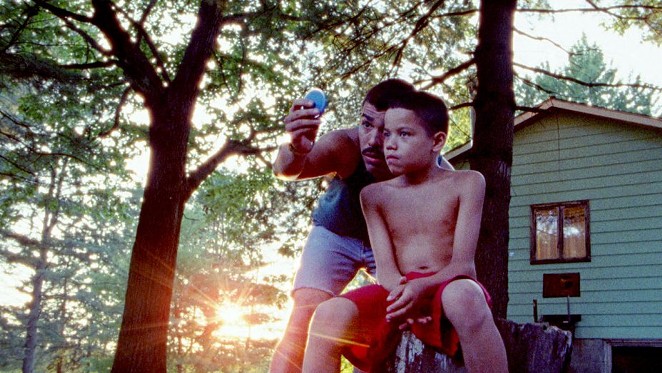 A coming-of-age story that follows three young brothers in upstate New York as they try to maneuver through life with a pair of emotionally volatile parents (Raúl Castillo and Sheila Vand) while the youngest boy, Jonah (Evan Rosado), begins to recognize his queer identity. “We’re really proud of We the Animals,” CineFestival programmer Manuel Solis said. “It’s a really strong film that has magical realism, animation and these biographical elements from the celebrated book. I think it’s one of the strongest films we’ve screened at CineFestival in a really long time.” We the Animals is the winner of the Premio Mesquite Award for Best Feature. 7pm Thu, July 5.

The Oscar-winning animated Pixar masterpiece screens twice in Spanish at CineFestival — once for Senior Cinema on July 6 and again for Family Day on July 8. The film tells the story of young, aspiring musician as he travels to the Land of the Dead to discover his true family history. 10am Fri, July 6; 3pm Sun, July 8

A drama on the life and death of 15-year-old Cecilia “Cecy” Rios, who was raped and murdered in 1994 in her Richmond, California, neighborhood — the same neighborhood the film’s director Jay Francisco López grew up in. 4pm Fri, July 6.

As I Walk Through the Valley

Rio Grande Valley-based directors Ronnie Garza and Charlie Vela examine the rich music history of South Texas through interviews with punk rockers of the ’90s, conjunto stars of the ’60s and more. As I Walk Through the Valley is the winner of the Premio Mesquite Award for Special Jury Prize. 9pm Fri, July 6.

Directed by San Antonio native Jesse Borrego (Blood In, Blood Out), this drama tells the story of two brothers who fall in love with the same girl while dealing with the loss of their father. 6pm Sat, July 7.

Ruben Blades Is Not My Name

This documentary examines the life and 50-year career of actor and multiple Grammy-winning salsa musician Rubén Blades (TV’s Fear the Walking Dead). Rubén Blades Is Not My Name is the winner of the Premio Mesquite Award for Best Feature Documentary. 8pm Sat, July 7.

Based on a children’s book about a bull who would rather smell flowers than bullfight, this Oscar-nominated animated film by Brazilian director Carlos Saldanha screens on Family Day. 1pm Sun, July 8.

CineFestival’s closing night film takes audiences on a journey with a 6-year-old girl who is uprooted from her home in Barcelona after tragedy strikes, to live with her aunt and uncle in the country. 7pm Sun, July 8.