Carry On Wayward Son, Kansas Is Coming Back to San Antonio 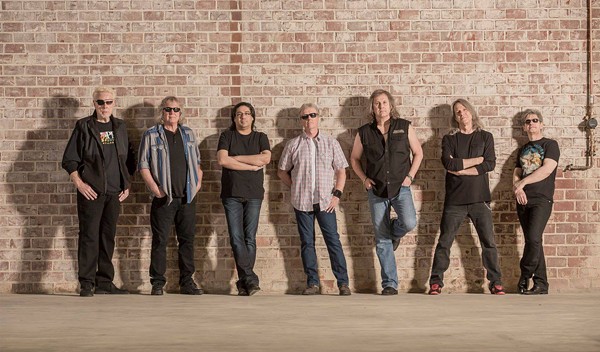 Facebook / Kansas
“Once I rose above the noise and confusion / Just to get a glimpse beyond the illusion / I was soaring ever higher, but I flew too high”

Ugh! Share if you can relate Kansas (obvs the band). And what is it about ’70s rock that has the ability to just hit you right in the feels? There was something equally magical and fucked up about those times (especially politically), which is maybe why their music has been able to continue to make an impact through the decades (especially now – see POTUS).

Also, with the the relatively recent inclusion of “Carry On ...” in the Guitar Hero video game series a whole new generation of fans have an opportunity to fall in love with the band’s melodramatic melodies and uplifting lyrical content.

With a sense of sincerity and purpose, the Topeka, Kansas, combo rose up the pop charts on the backs of hits “Carry On Wayward Son” and “Dust in the Wind,” released just 12 months apart.

The band just announced that they’ll be touring select U.S. cities this fall celebrating the 40th anniversary of their massive hit album Point of Know Return, stopping by the Tobin Center for the Performing Arts on Friday, November 2.

To celebrate, for the first time in history, the band will perform the album in its entirety. The tour will showcase more than two hours of classic Kansas music including hit songs, deep cuts and fan favorites.

Tobin Center for the Performing Arts

81 events 249 articles
Get our top picks for the best events in San Antonio every Thursday morning. Sign up for our Events Newsletter.