Reports: Kawhi Leonard Wants Out of San Antonio, Asks Spurs to Trade Him 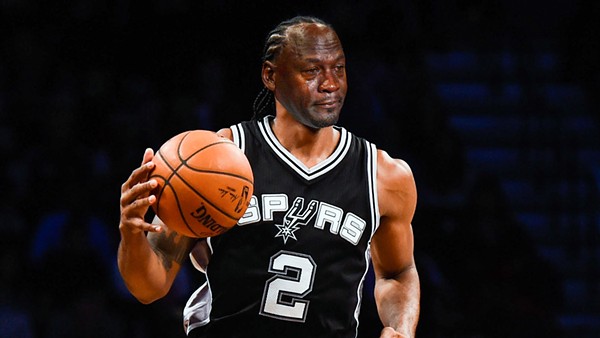 sportingnews.com
A million sad faces
League sources have told the San Antonio Express-News that Kawhi Leonard asked the Spurs franchise to trade him.

While there isn't much information, Express-News writer Jabari Young tweeted Friday that Leonard, who has remained quiet in the postseason about his plans for the 2018-2019 season, doesn't want to stay in San Antonio.


And here we go... sources tell @ExpressNews that Kawhi Leonard wants to be traded from #Spurs ... more to come...

Leonard has grown uncomfortable with the Spurs and is ready for move, league sources tell Yahoo. https://t.co/uTux1nZYHV

Fans and experts alike have been guessing whether Leonard, who played only nine games this past season due to an injury during the 2017 playoffs, will stay with the Spurs. Those who predicted Leonard would leave San Antonio have mentioned the Houston Rockets, Los Angeles Lakers, Philadelphia 76ers Boston Celtics as frontrunners likely to acquire Leonard. ESPN's Adrian Wojnarowski tweeted Friday that Leonard would want to land in Los Angeles, where he's originally from.


San Antonio’s Kawhi Leonard has Los Angeles — preferably the Lakers — at the center of his preferences for a trade destination, league sources tell ESPN.

If the reports are indeed true, the request makes for perhaps the biggest drama the Spurs franchise has seen in more than two decades. This past season had reports of "tension" according to outlets, including ESPN, though Leonard's family and the Spurs franchise both denied it.

Known for its humble players and no-frills basketball, the Spurs franchise will have to prepare for package deals in order to land young, talented players equal to Leonard's value. Leonard is up for a $216 million supermax contract extension, which no other team would be able to match, if he chooses to stay with the Spurs. Either way, Leonard is eligible to become a free agent in 2019.

The news may also have an impact on the buzz around LeBron James coming to San Antonio if he chooses to opt out of his contract and become a free agent. While James has a strong relationship with Dejounte Murray, playing alongside Leonard and LaMarcus Aldridge has been considered the Spurs' strongest argument convincing James to join the team.

This is a developing story. Stay on top of San Antonio news and views. Sign up for our Weekly Headlines Newsletter.
© 2022 San Antonio Current