Former James Avery Employee Accused of Stealing More Than $17,000 Worth of Jewelry 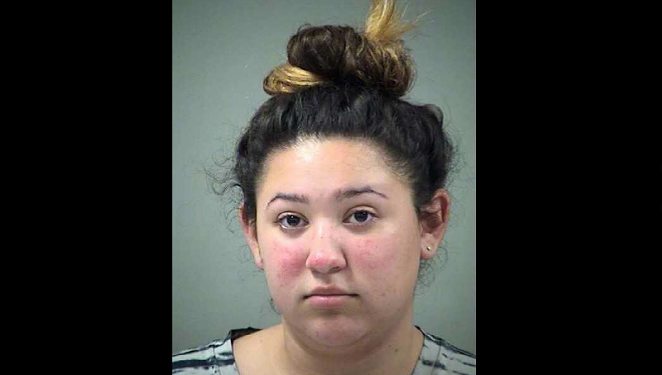 Bexar County Jail
Velvet Vargas, 20, allegedly stole more than $17,000 worth of merchandise while employed at a San Antonio James Avery store.
A former James Avery employee was arrested earlier this week after being accused of pawning merchandise worth thousands of dollars from the jewelry store.

Velvet Vargas was employed at the Quarry Market location for almost a year a manager noticed Vargas was wearing a bracelet "that was unaccounted for on her store records" on Aug. 14, according to the arrest affidavit.

During her employment, Vargas allegedly pawned merchandise from the store at 17 shops between December 2017 and July of this year. While reports don't indicate how much Vargas profited from pawning, the value of the merchandise she is believed to have stolen was summed up to roughly $17,777.

Police were able to track down some of the stolen merchandise that had yet to be sold at 13 pawn shops.

The 20-year-old was charged with theft on Wednesday and has since posted her $5,000 bond.