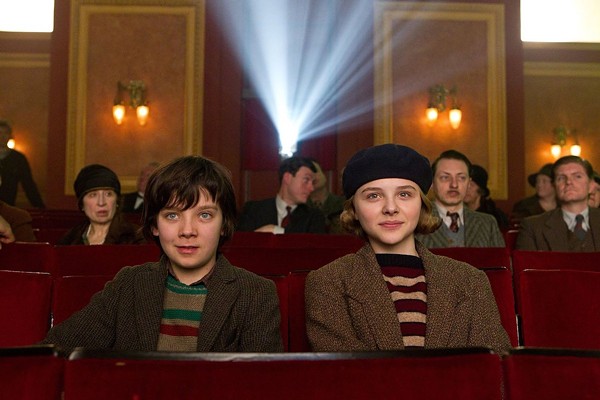 Based on Brian Selznick’s graphic novel The Invention of Hugo Cabret, the 2011 Oscar winner Hugo is legendary directory Martin Scorsese’s first foray into the 3D realm. Set in 1930s Paris, chiefly in the Gare Montparnasse train station, it follows a curious orphan who’s tasked with maintaining the station’s massive clocks but is more interested in solving a puzzle his father left behind in the form of a broken automaton designed to draw pictures. Beneath the dazzling imagery and adventurous plot, Hugo reveals itself as both Scorsese’s fantastical version of a memoir as well as a love letter to cinema history and the wide-eyed wonder movies can inspire.

Adapted from the first installment of Madeleine L’Engle’s 1960s-era sci-fi series Time Quintet, Disney’s visually compelling A Wrinkle in Time puts a high-tech spin on the classic mystery built around a cosmic battle between good and evil. With African-American women on both sides of the lens (including director Ava DuVernay and co-stars Storm Reid and Oprah Winfrey), the film was commended by the Hollywood Reporter (among others) for its diversity and for presenting racial identity as “a non-issue.” It also serves up a fair amount of comic relief via the trio of celestial guides Mrs. Which (Winfrey), Mrs. Whatsit (Reese Witherspoon) and Mrs. Who (Mindy Kaling).

Often found on the same shelves as L’Engle’s Time Quintet, British author and theologian C. S. Lewis’ seven-part fantasy series The Chronicles of Narnia also employs the language of sci-fi and fantasy to tackle the age-old theme of good versus evil. With children and talking animals at the forefront, the books have inspired numerous adaptations, including Disney’s 2005 offering The Chronicles of Narnia: The Lion, the Witch and the Wardrobe. Directed by Andrew Adamson, it follows four British children who climb through a wardrobe and find themselves in Narnia — a magical land that’s been sentenced to 100 years of winter by Jadis the White Witch (portrayed by Tilda Swinton donning Oscar-winning makeup).