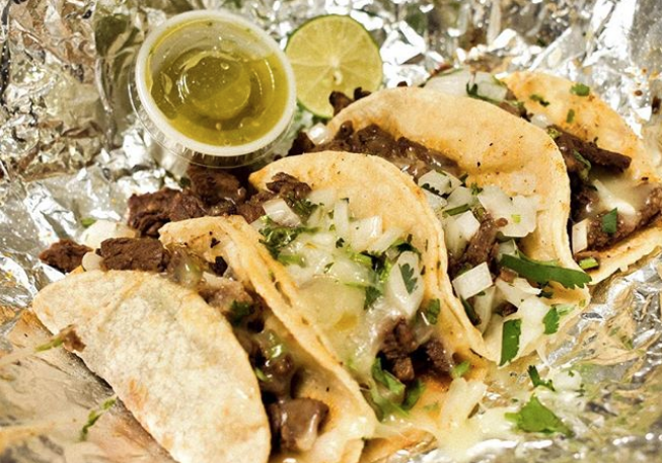 Instagram / foodswithlinh
Texas is one of those states with a big emphasis on food culture. Hell, we even have our own kind of toast. (Because Tennessee toast just doesn't sound as appealing.)

But what food best represents Texas?

According to State Rep. Gina Hinojosa, the answer is tacos. This week, she proposed House Resolution 57, which would make tacos the official state food.

Hinojosa begins her resolution with a very compelling argument.


From El Paso to Texarkana, from Texline to Brownsville, from the Rio Grande to the Red River, Texans consume a lot of tacos, and most of the other foods Texans enjoy, including brisket, sausage, eggs, chorizo, beans, and seafood, are that much better when served in the warm embrace of a tortilla...

In case you're unaware, Texas has a lot of official state foods. The official fruit is the grapefruit while the pepper is the jalapenõ. The state pie is, of course, pecan. And it should go without saying that the state snack is tortilla chips and salsa.