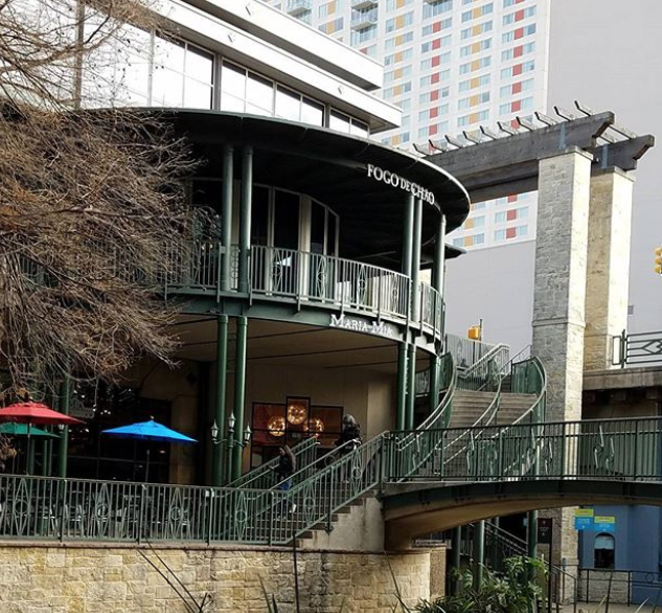 Instagram / tx_kiwi519
A San Antonio Police Department Officer was reportedly asked to leave a restaurant Saturday night because he was carrying a gun.

According to a KSAT report, witnesses said a manager at Fogo de Chao Brazilian Steakhouse asked an officer to leave the restaurant.

"I would like to think they are not anti-police or that that individual who asked him to leave is not anti-police, but I think he probably wasn't educated on what the law allows or doesn't allow," Helle told KSAT.

According to Texas state law, the officer is legally allowed to dine at the restaurant while carrying his gun. Even when off-duty.

This is what the law says:

The law also applies to hotels, motels, places of lodging, restaurants, retail businesses, sports venues and pretty much any public place where the general public is welcome.

"[The restaurant] kind of made a boo-boo on this one, and the officer could have held his ground, but he didn't want to cause a scene," Helle told KSAT. "We just hope that Fogo de Chao learns from this."

The chain was quick to respond to the incident, sharing an apologetic statement with KSAT.


We sincerely apologize to the San Antonio Police Department and the officer in question for the incident that occurred at our restaurant last night. Unfortunately, a member of our team made the wrong call. We are working hard to address and correct this unfortunate lapse in judgement. We will address the policy internally and make sure our team members are clear. We support, respect and appreciate everything our law enforcement does to keep each and every one of us safe, day in and day out.