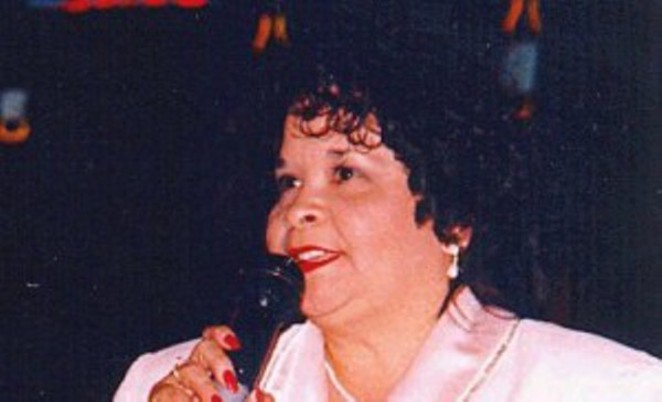 File photo
Yolanda Saldívar, the woman who is in prison for the death of beloved Tejano singer Selena, wants a second chance.

According to reports, Saldívar filed a second writ of habeas corpus on March 28 of this year. Translation: she believes her prison sentence is unlawful. She also accused prosecutor Carlos Valdez of withholding evidence that would have benefitted her in the courtroom. As proof, she pointed to an interview Valdez did last year, in which he said he and the defense counsel, the late Douglas Tinker, discussed which pieces of evidence would be shown to the jury.

“It is the jury, no less, that would decide the fate of the petitioner, between [life] in prison and [freedom],” the filing reads. “The jury, NOT the defense or the prosecutor is the trier of fact of all relevant material evidence and they alone should and DID determine between conviction and acquittal.”

Saldívar, Selena's former fan club president, is specifically referring to a pair of shoes and a black baseball cap that were excluded as evidence. The San Antonio native believes the clothing could have “helped to prove the shooting was accidental.”

During the trial, Valdez reportedly presented evidence of a trail of blood that Selena left as she ran from the motel room where she was shot to the front lobby where she collapsed on the floor. Witnesses said she named Saldívar as the shooter.

“The ‘withholding’ of the victim’s shoes (i.e. White Reebok Tennis Shoes) are of a great consequence because if it is as Mr. Valdez claimed in his March 16, 2018 interview that the Petitioner ‘stepped’ on victim’s blood as she followed the victim, then ‘intent’ would have been proven or disproven,” the document reads. “For 23 years, the jury nor the defense knew that such shoes existed.”

While even the audacity to request a new trial may upset Selena fans, they need not be too worried. The court reportedly dismissed Saldívar's request the day after since she filed it in the wrong venue.

Though Saldívar was sentenced to life in prison, she is eligible for parole in March 2025, 30 years after Selena's tragic death.